Lorde‘s cheeky new al(bum) tease Solar Power sent the internet into a frenzy as we all got to behold her glorious peach. Twitter went into hysterics, a million memes were made, and then the internet broke (not literally – or at least, not because of Lorde).

ICYMI: Lorde released a naughty new cover art depicting herself joyfully frolicking on the beach, sun’s out, buns out with her full ass-crack in view as a tease for her new single.

Obviously, this sent the internet, and specifically Twitter, into chaos – the anticipation for her new music has been so intense, there’s literally a Twitter account that updates every day to let us know if Lorde’s released new music. 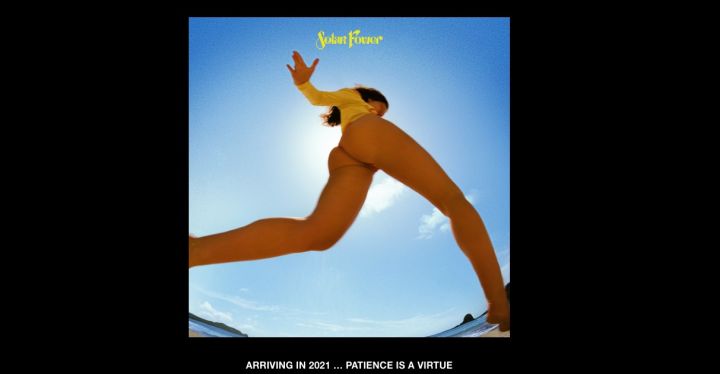 But now, people who shared images of Lorde’s peach (aka, fkn everyone) are finding their tweets deleted, or themselves suspended, blocked or m(ass) banned from Twitter.

I first noticed the take-down of Lorde’s cheeks when I went perusing the internet for memes, and saw that most Tweets that were meme-ing her ass were not actually *of* her ass. Stuff like these gems: 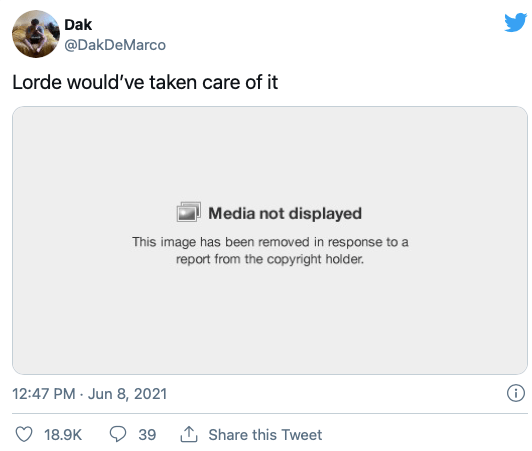 It seems that popular tweets using the Solar Power cover art have all had the media attached deleted for breach of copyright, with some accounts even suspended or blocked.

I mean, a part of me is surprised that Lorde’s ass and vagine weren’t taken down for more dubious reasons, since we often see things with women’s nips get removed for nudity and violating social standards.

People are pretty mad about it, because sharing pictures of cover art, making memes, and generally reacting is all a normal part of building hype for new music, and it seems wild that fans are getting their Twitter accounts nuked for the crime of stanning their fave.

Not people getting their accounts locked for sharing a photo that was literally posted on Lorde’s official website. https://t.co/pHyGf5Ii4t

Anyway, for those of you who still have pictures of Lorde’s coochie up on your profile and don’t want your account taken down or tweets deleted, now’s probably a good time to clean them out. Unless you think it’s worth the risk – and in that case, you’ve been warned.