Did These 4 Root Each Other’s Partners? The White Lotus Creator Answers Your Finale Questions

The White Lotus Season Two finale left us with a whole lot of unanswered questions, the most important ones being: did Cameron and Harper have sex? Oh, and also did Daphne and Ethan have sex?

There are some people who enjoy that ambiguity but if you’re anything like me, you want to know exactly what went down from the writers themselves.

Well, series creator Mike White has put us out of our misery by answering all our burning questions in an interview with Deadline.

Here’s all the spicy intel we learned… 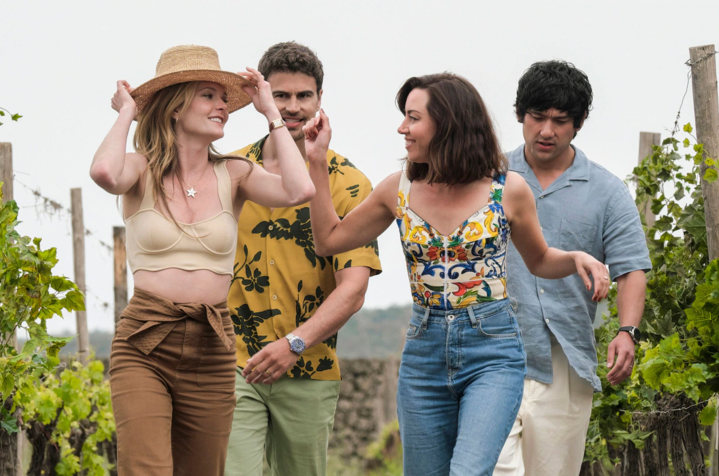 Did they *really* trade partners, or…? (Credit: The White Lotus / HBO)

Did Cameron and Harper have sex?

Harper insists to Ethan that she and Cameron just macked on with each other but he doesn’t believe her, and given the fact that she initially lied about doing anything at all with Cameron, the audience is left wondering what really happened.

White told the publication that Harper was telling the truth in the end and all they did was kiss.

“The question of whether Harper and Cameron did more than the kiss, I think probably that’s just all that happened,” she said.

“At the same time, there’s some time that isn’t really accounted for and I think that’s why it’s eating at Ethan.”

Meanwhile Aubrey Plaza revealed on Late Night with Seth Meyers that it’s possible the pair did more but it wouldn’t have been much more.

“I know what happened, OK? And what happened is we did some stuff, and I hated every minute of it,” Plaza shared.

“It was disgusting. And there was no penetration.”

When host Seth Meyers suggested that Harper and Cameron possibly “grabbed each other’s butt,” Plaza added: “I think I grabbed a little more than that. But, what does my husband do? That’s the real question.”

We’ll get to that next…

Did Daphne and Ethan have sex?

As for the other potential couple, Daphne (Meghann Fahy) and Ethan, they did, in fact, bang on the secluded island, according to White.

“Did Ethan and Daphne have some kind of a dalliance on the island or whatever happened? That allows [Ethan] to let go of the jealousy that has been brewing with him,” White said.

Meanwhile Fahy told Variety that she defs thinks “something happened.”

“I don’t know what exactly happened, but I do know that it was something,” she said.

“Honestly, in that moment, I think Daphne just saw this broken man and wanted to do something to make him feel more empowered in her own strange way. I really don’t think that she led him there to get back at Cameron or Harper. Someone said something really interesting the other day, which was like, do you think that part of Daphne’s sadness comes from her betrayal from Harper? I was like, totally.” 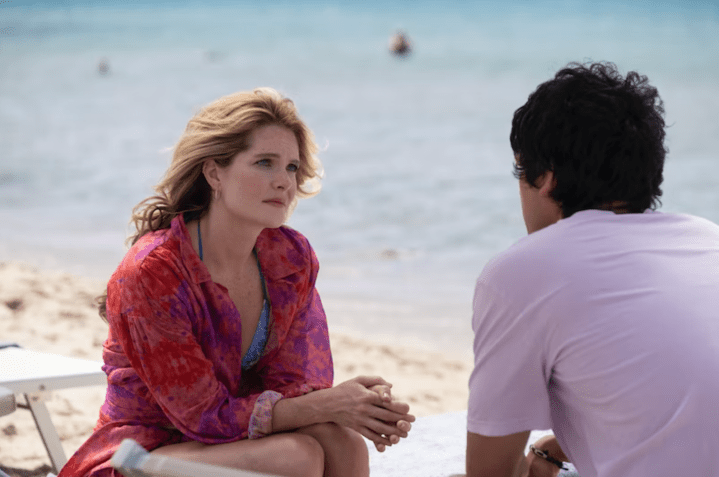 Give Meghann Fahy all of the awards for this scene, pls. (Credit: The White Lotus / HBO)

As for both couples’ future, White said: “By the end you’re like, well, maybe what Ethan and Harper needed just a small dash of what Cameron and Daphne have. It feels like Cameron to me is one of those guys that’s not really going to change. Some of the unspoken things between them, you wonder if that’s going to ultimately catch up with them. It is somewhat of a happy ending although there’s dark clouds on the horizon too.”

Aubrey Plaza, however, reckons her character and Ethan are donezo. That’s her “fantasy,” anyway.

“I was really gunning for doing some takes where maybe we weren’t so happy. Maybe they’ll be okay,” she said.

“But I have a kind of fantasy that Harper divorces him and takes all of his money.”

Have a read of our Season Two finale recap to suss everything you missed.

The entirety of The White Lotus is now streaming on BINGE and Foxtel if you’re keen for a rewatch.

Meanwhile, The White Lotus Season Three is currently in the works and we can’t bloody wait.