Kim Kardashian has touched down in God’s country — um I mean Queensland — and a local waiter claims he served her hundreds of dollars’ worth of takeaway food.

Callum McKean works as a waiter at Piccolo Cucina, a traditional Italian restaurant located in Cairns. Imagining Kim Kardashian in Cairns is so funny to me for some reason but let’s move on and I’ll giggle in my own time. 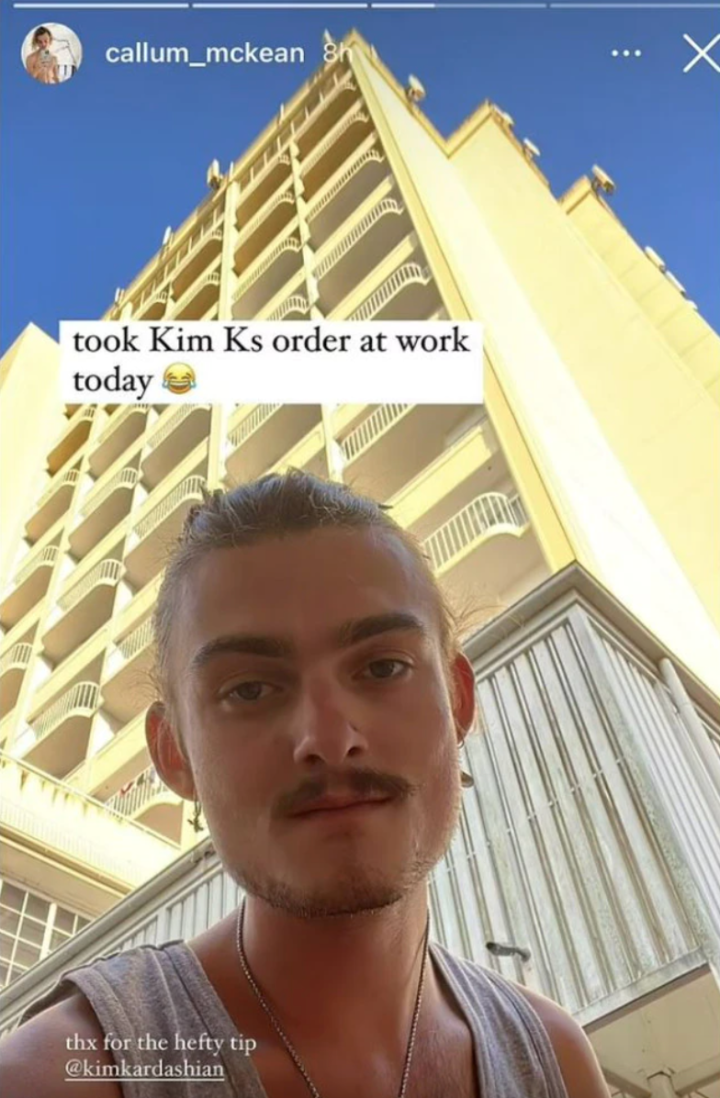 He also uploaded photos of Kimmy’s alleged receipt from the restaurant with the caption “kimmy k diet starter pack x”. 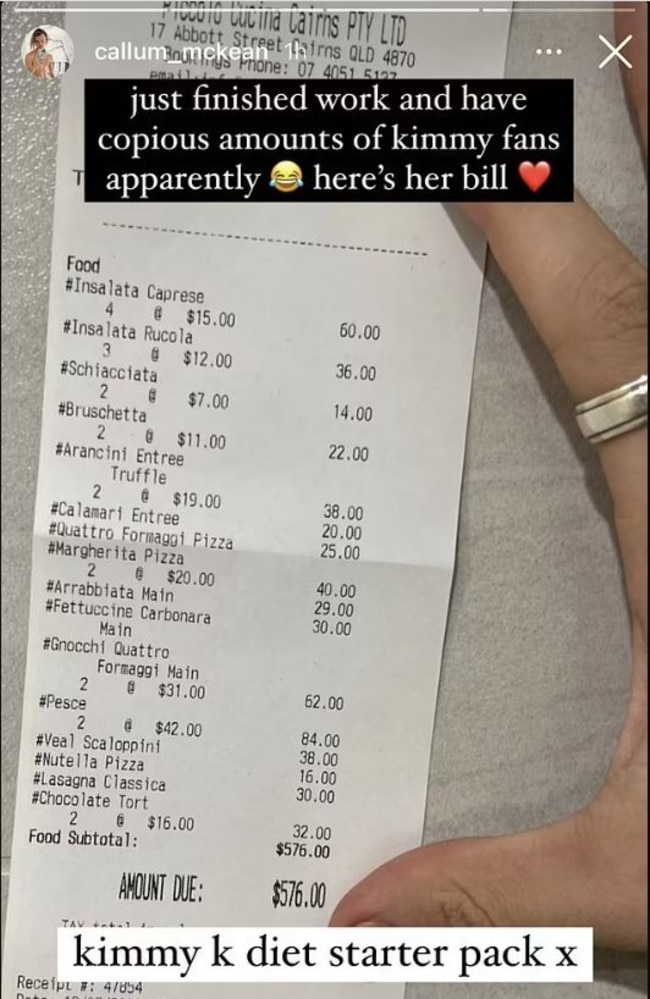 Let’s take a closer look at the order shall we?

I believe that’s a grand total of $576 for the order, which includes four Caprese salads, two arancini entrees, one fettuccine carbonara, two gnocchis and something called ‘pesce’ which I’m quite sure is fish. Or maybe the receipt is just trying to call me pretty IDK.

Mamma mia! That’s-a lot-a food-a. Kim must have to feed a BUNCH of people. Or maybe she’s planning a mukbang video. I for one would tune in if so.

We should note that there’s actually no solid proof that Kim Kardashian is actually behind this order. According to news.com.au the manager of Piccolo Cucina Jolene Aiello claimed her staff were told the takeaway order was apparently from Kim’s staff as they prepared to fly the star back to the US on her private jet.