As Melbourne plunges into its first full day of Stage 4 lockdowns, residents have been urged to stay within a 5km radius of their homes to combat the spread of coronavirus. The Victorian Government’s new restrictions mean you must shop for groceries and get your exercise within that bubble. Distance exceptions for work, the provision of care, and seeing your partner are in effect.

Instead of chancing it and running the risk of a considerable financial penalty, it’s a good idea to suss out exactly what 5km from home even looks like. It’s pretty fiddly to manually work out a radius on Google Maps or Apple Maps, but there are a few tools which make the process a little easier.

It goes without saying that you should be staying even closer to home, if at all possible. Don’t push your luck, don’t head to the boutique boulangerie if there’s a supermarket around the corner, and remember the point of the distance restrictions isn’t to inconvenience you – it’s to stop the potential transmission of a devastating virus.

Measuring distance on Google Maps ‘as the crow flies’

If you’re only concerned about the distance between you and a certain landmark, you can measure straight-line distance on Google Maps.

Using the latest Google Maps app, you can click on any random street, hit the ‘Measure distance’ option, and drop the pin wherever you please. 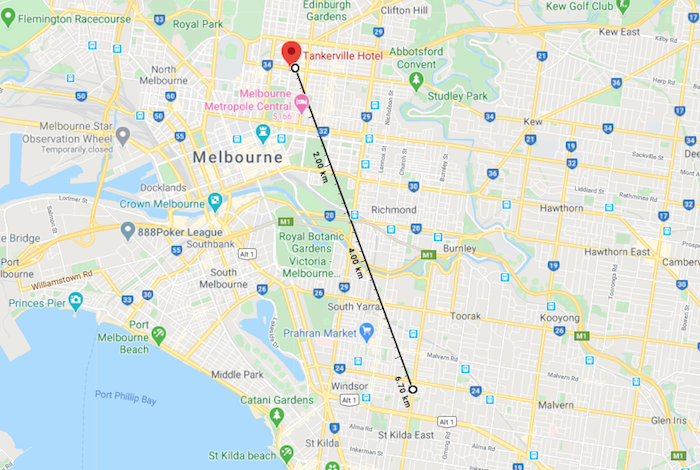 There are some other handy tools to suss out radius, too.

As previously discussed, this web tool from Irish developer Dave Bolger was created shortly after Ireland introduced a similar exercise radius rule in late March. Don’t let the name fool you – it’s totally capable of sussing out 5km radii, too. Simply enter your address to discover which shops and exercise trails fall near your home.

This morning, Bolger said the site has been accessed some 225,000 Aussies in the hours since Victorian Premier Daniel Andrews‘ announcement.

Over 225,000 people from Australia, mainly from Melbourne, on https://t.co/M3Pmdd1KfD today. Checking out their 5km exercise limit.

The official VicEmergency app allows users to set ‘watch zones’. The state is now under a state of disaster due to the pandemic. See where we’re going with this?

Download the free app, bung in your location, and you’ll be shown a radius of your choosing. You’ll also be made aware of other nearby incidents, like bushfires or floods. How convenient! 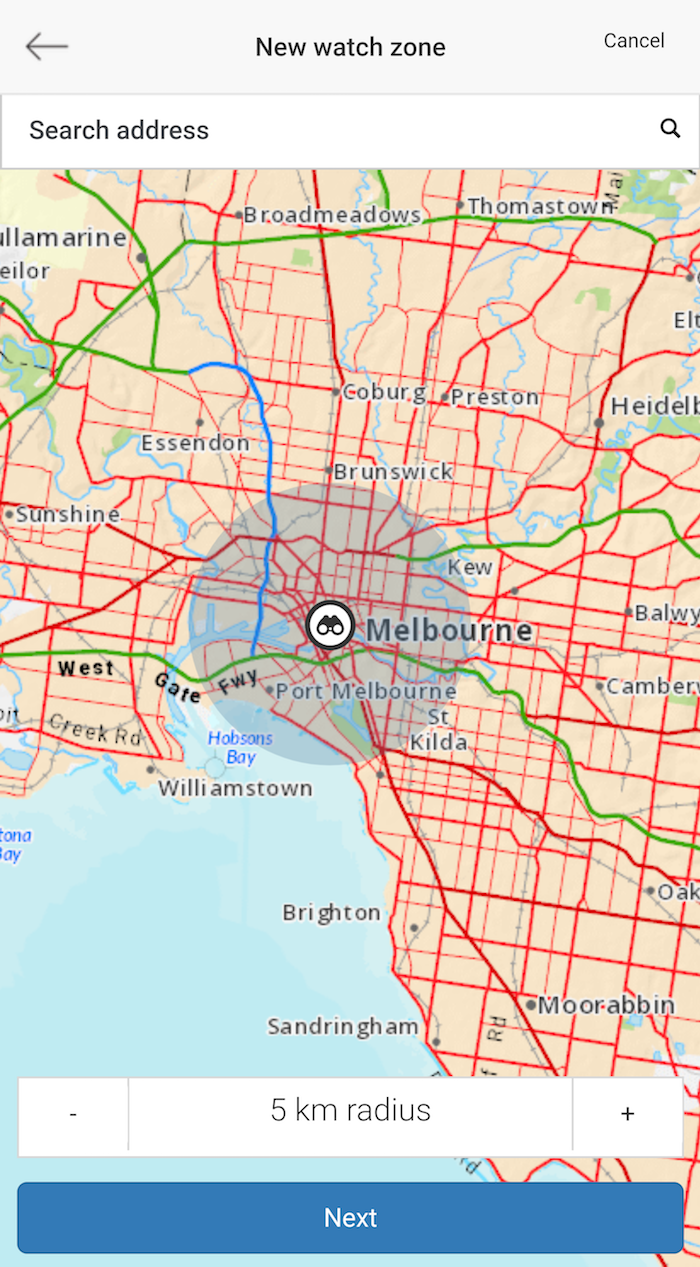 The newspaper has also created a similar tool, allowing readers to quickly suss the situation. You can access it here.

Have a street directory and a compass you last used in Year 11? Sweet. Find the map’s scale, extend your compass to cover 5km, stick the pin in your home address and give that bad boy a 360 degree twirl. That’s your radius. Have fun, and stay safe. Don’t prick yourself with the pin on that compass, either.