If you were in the mood to look at some pictures of a cute, fluffy animal today, then oh boy, you’re in luck, because this weekend, Malaysia‘s national zoo unveiled a brand new giant panda cub for the first time, and we are squealing because LOOK AT HER: 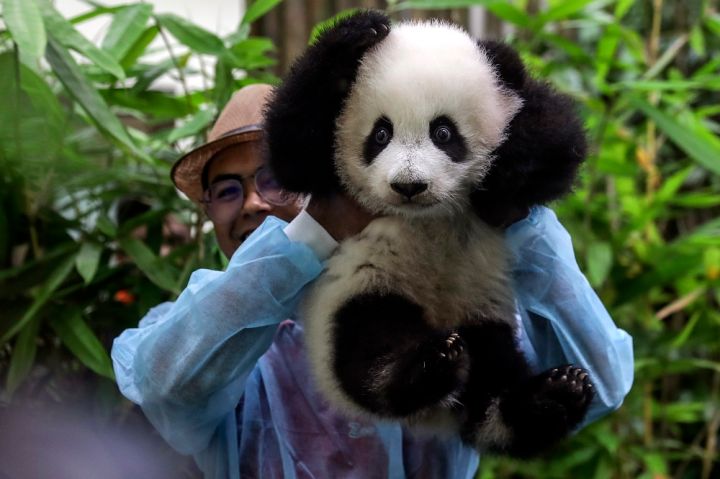 The as-yet-unnamed female cub is the second born to Liang Liang, a female giant panda who has been on loan to the zoo from China since 2014.

Her sister Nuan Nuan was born in 2015, and was recently sent back to China, as per an agreement that cubs born in captivity be returned there at the age of two. 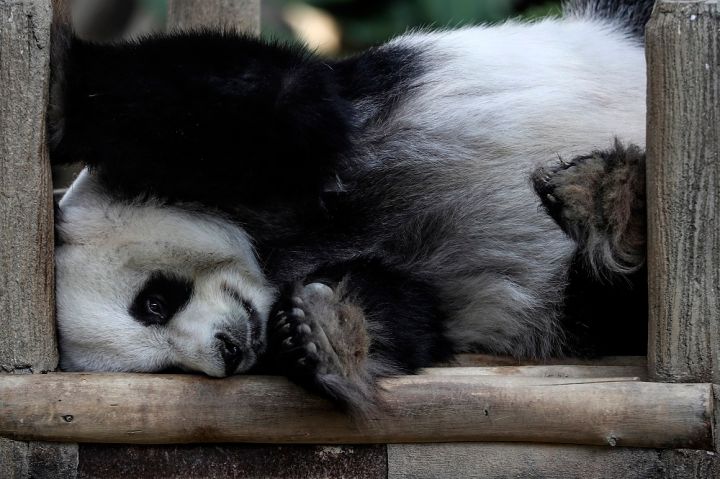 Giant pandas are notoriously bad at mating, and are known to mess it up on the rare occasion that they are actually in the mood, so the birth of two cubs is a huge success story.

Mat Naim Ramli, the director of the zoo’s panda program, said: “The cub weighs 9kg. She is so cute. Her growth is quite fast and she is already able to move slowly.” 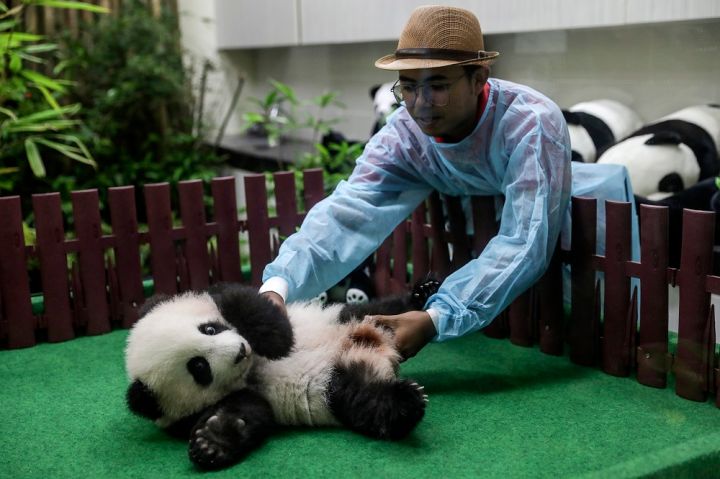 Ramli expressed gratitude that the tiny new cub’s parents are a healthy pair that “are able to accept each-other.” To be honest, that right there epitomises relationship goals. 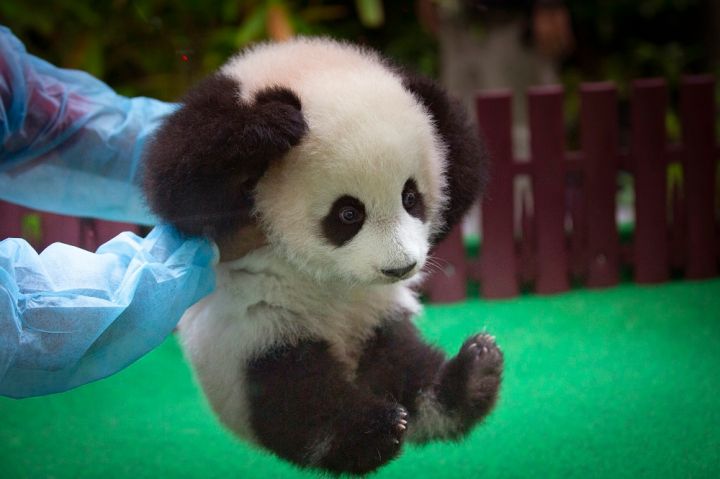 More to the point: LOOK AT THIS TINY BABY PANDA WITH HER EVEN TINIER TOY PANDA.

The cub’s name will be chosen as part of an online competition, and we’re seriously hoping you jerks don’t choose to call her Panda McPandaface or something like that.