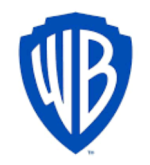 PEDESTRIAN.TV has teamed up with Warner Brothers to celebrate the release of 'Fantastic Beasts: The Secrets Of Dumbledore', in cinemas April 7.

For most of us, Harry Potter made up such a huge part of our lives while growing up. And now that we’re a little older, the adventures of the wizarding world continue thanks to the Fantastic Beasts series.

With Fantastic Beasts: The Secrets of Dumbledore set for release on April 7, we thought we’d celebrate the wise wizard. The new movie gives us a glimpse into what younger Albus Dumbledore was like. And spoiler alert: he’s always been a commanding guy – even as a young buck. Although turns out, before he became the big dog, he dealt with family and ex-lover drama like the rest of us mere muggles do on the daily.

But before we ‘cast’ off on this next magical adventure, let’s take a walk down memory lane and ask Potterheads about their fave Dumbledore moment. In fact, reminiscing even gives you a few clues about secrets of his past…

This moment from the end of the first film gave this fan goosebumps!

It turns out Dumbledore has been in Neville’s shoes before, so it’s no wonder he awards this kind of courage. As we’ll see in the Secrets of Dumbledore, he pulls together a ragtag team to take a stand against Grindelwald – the dark wizard who also happens to be an old friend.

Even the wisest guy with all the answers has demons. The second instalment in the Fantastic Beasts series gave us a peek into the sadness that follows Dumbledore. More of that to come in the third film…

“Regret is my constant companion. Do not let it become yours.” – Bella

“Aw that regret quote still gets me. Oof, poor guy. Also refreshing to hear someone say they do have regrets!” – Laura

Dumbledore angrily questioning Harry over whether he put his name into the Goblet of Fire was another top moment.

“When he yells at Harry over the Goblet of Fire… I can’t handle it, too funny!” – Lachlan

“The Goblet of Fire quote kills me.” – Callum

4. The Mirror of Erised

Dumbledore speaking to Harry about the Mirror of Erised was a fan favourite.

“One of Dumbledore’s quotes has always stuck with me and it’s when he finds Harry looking in the Mirror of Erised at his parents every night, and he tells him: ‘It does not do to dwell on dreams and forget to live’. Pretty deep for 10-year-old me!” – Amy

“This might be a clichéd answer, but Dumbledore’s interactions with Harry over the Mirror of Erised. I always loved that quote, ‘It does not do to dwell on dreams and forget to live.'” – Gavin

During their interactions about the Mirror of Erised (a mirror that reflects what you desire), Dumbledore tells Harry that he sees a pair of woolly socks. Yeah, righto. We get a juicier answer of what he sees in Fantastic Beasts: The Crimes of Grindelwald. When looking in the mirror, Dumbledore sees him and Grindelwald making a blood oath – which comes back in a big way in the next instalment…

5. When he’s cornered by the Ministry of Magic

Another memorable scene for many, people love Dumbledore escaping the Ministry of Magic with Fawkes.

“When Ministry ‘corner’ him in the office and he says something like, ‘You’re under the impression that I’ll, what do they say? Come quietly?’. Scares the crap out of the ministry but then he uses Fawkes to escape.” – Marcus

“I loved the scene in Harry Potter where the Minister for Magic is trying to arrest him for Dumbledore’s Army and he says, ‘You seem to be under the illusion that I’ll come quietly… well I have no intention of going to Azkaban,’ and then, boom, Fawkes the Phoenix helps him escape.” – Kristine

It’s an iconic escape, made even better by Kingsley Shacklebolt admitting, “You may not like it minister, but you can’t deny Dumbledore’s got style”. And, what an understatement that is. Even as an older gent, Dumbledore rocked his robes with style. But in his youthful heyday? He looks suave as hell in fitted three-piece suits.

The scene where Dumbledore fights off the Inferi with a fire spell using the Elder Wand in Harry Potter and the Half-Blood Prince is a hugely underrated scene.

“It’s just such a cool scene! And Dumbledore is meant to be suffering and on the verge of dying, but he manages to save Harry from Voldemort‘s spell, proving how badass he really was.” – Tom

The dude knows his way around a wand. Even as a younger man he had mad skills in magic battles. Just try and keep up with his quick moves as he duels Credence in the new film.

A classic moment from The Philosopher’s Stone.

“My fave was when Dumbledore ate a golden brown Bertie Bott’s Every Flavoured Bean thinking it was toffee but it was earwax.” – Gill

While you eagerly wait to see how the wizard became the legend, check out the most recent trailer:

Fantastic Beasts: The Secrets of Dumbledore flies into cinemas on April 7. Get your hands on some tickets, here.

Image: Fantastic Beasts: The Crimes of Grindelwald / Harry Potter & The Goblet Of Fire