Alright Potterheads, Here’s Why Some Of Your HP Faves Likely Weren’t At The Hogwarts Reunion

In case you’re in the middle of a lifetime sentence to Azkaban, Daniel Radcliffe, Rupert Grint, Emma Watson, Tom Felton and others reunited yesterday for the Harry Potter reunion special, Return To Hogwarts, a magical twenty years since the film series first touched our hearts.

Look, if you’re clicking on this yarn then you know the drill: Watson and Felton admitted they liked each other, Radcliffe had a crippling crush on Helena Bonham Carter, and Watson and Grint nearly quit halfway through the series.

But, what you probably have been itching to know is where TF some of the other prominent stars of the series were? Maggie Smith? Sir Michael Gambon? Julie Walters? Robert Pattinson?

READ MORE
Crushes, Cameos & Near Quits: All The Hot Hogwarts Goss Ahead Of The Harry Potter 20Yr Reunion

There’s not a lot of concrete information currently as to why but we suspect celebrity gossip Insta accounts like Deuxmoi will reveal this all very soon. For now, here’s what Potterheads over on r/HarryPotter speculate led to certain stars being absent from Harry Potter: Return to Hogwarts. 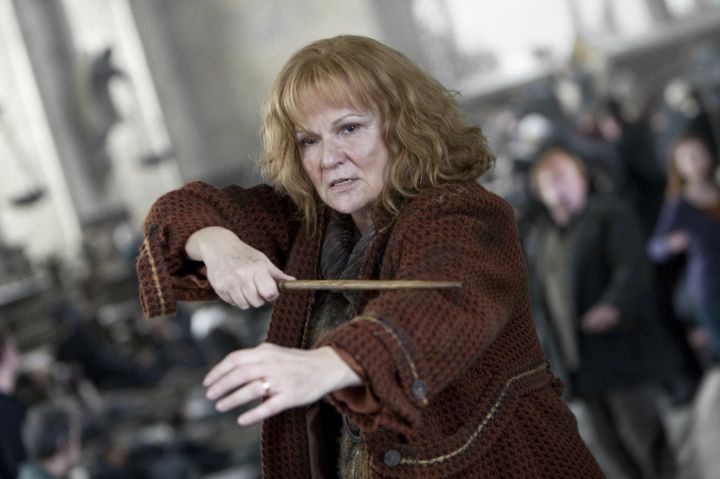 Julie Walters played Ron’s mum Molly Weasley throughout the Harry Potter film franchise and was not present at the Return to Hogwarts reunion.

While Walters has not publicly explained why she didn’t attend the special, her absence is likely due to the fact she retired from acting in October 2020 after being diagnosed with stage three bowel cancer.

Speaking with The Times UK, Walters said she told her oncologist that she believed acting caused it.

“Acting caused it because of the way I approach it,” she said.

“I have to be totally in it. It’s very stressful. You’re being judged.

“It’s a stressful job and I don’t sleep when I’m working. It’s not good for me.”

Walters later went into remission however it’s likely she chose not to join the reunion to avoid being in the public eye. In the above interview, she also said she’d only act again to star in a Mamma Mia 3. 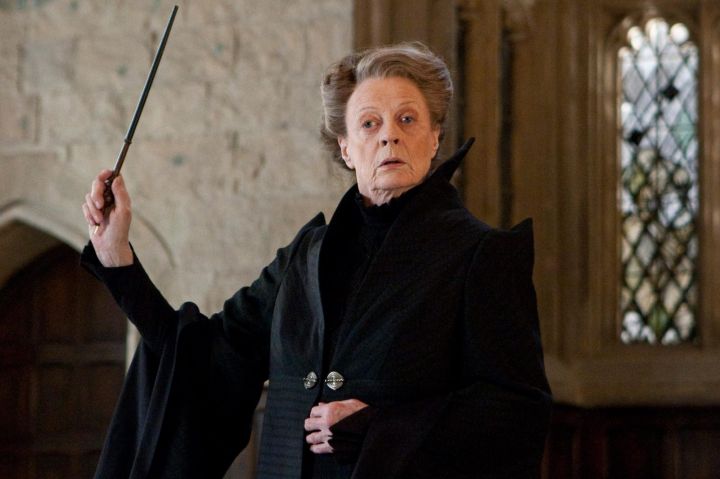 She also did not attend the special and it’s unclear why.

Fans have suggested that this could be because the studio behind it potentially couldn’t afford her or that she didn’t attend because she’s old (87-years-old), wants to move on, or had a scheduling conflict with Downton Abbey. However, it’s worth noting that this is all speculation. 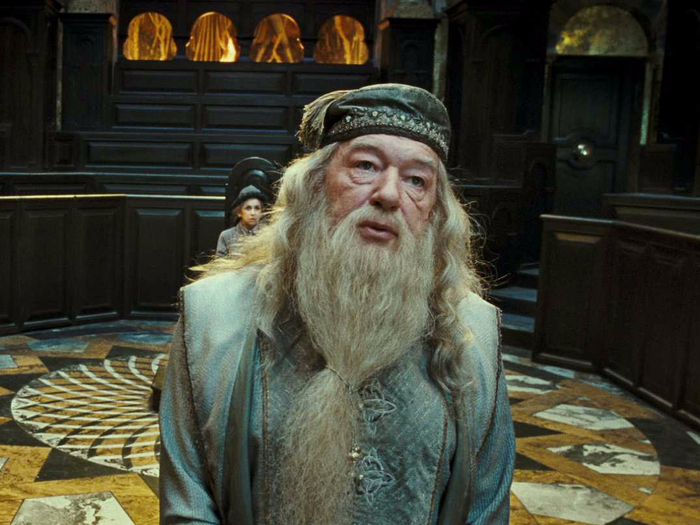 Sir Michael Gambon played Albus Dumbledore from Harry Potter and the Prisoner of Azkaban, following the tragic death of the character’s original actor Richard Harris in 2002.

Gambon did not attend the special and representatives of the actor have not publicly explained why.

Back in 2015, he told The Sunday Times Magazine that he was struggling with memory loss, noting that it took ages for him to learn the script of a stage play. While that doesn’t explicitly explain his absence here, it does suggest that he may have bowed out of the special due to old age. 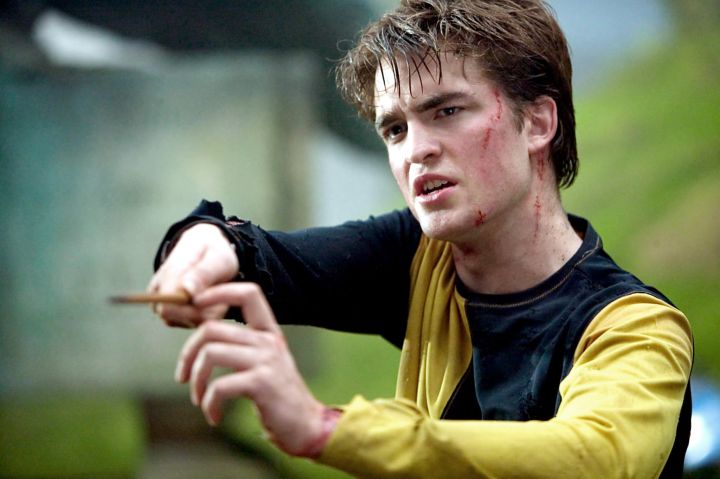 Robert Pattinson played Cedric Diggory in the Harry Potter series, which was his breakout role before Twilight.

And, just like his love for Twilight, he was absolutely absent from Return to Hogwarts.

Cedric’s death is touched on in the special, which is noticeably weird given Pattinson isn’t there.

As of writing, there’s no clear reason why he was absent but it might not be a stretch to think he was busy filming something or that he legit hung up the second they called – if he has a phone, to begin with. 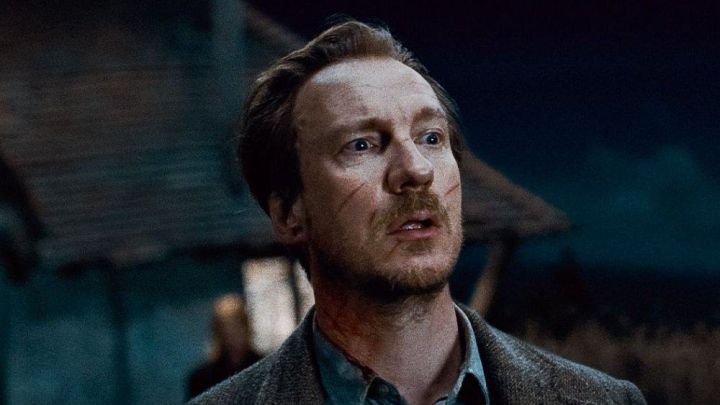 David Thewlis played Remus Lupin, a wizard and werewolf who was close friends with Harry’s parents.

It’s not entirely clear why Thewlis didn’t attend the special. Personally, I reckon he may have been busy filming Landscapers, a true crime series starring him and Olivia Coleman on Stan. 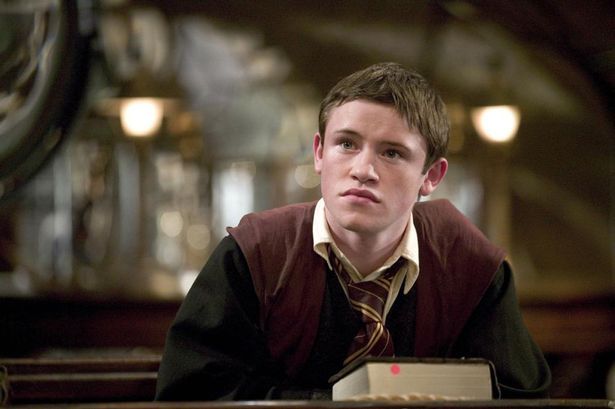 Devon Murray played Seamus Finnigan, the accident-prone Gryffindor of Hogwarts. Murray was one of the few actors who were in all eight films that weren’t in the special.

He hasn’t publicly said why however according to his Instagram he’s a recent dad of a one-year-old boy named Cooper, so it’s likely he just couldn’t attend due to ~life commitments~. Or, perhaps he wasn’t invited given he played a rather minor role in the franchise.

That said, he definitely still has a lot of love for the Potterverse as he’s currently introducing the film franchise to his kid.

“20 years of Harry Potter on Christmas Day,” he wrote in the caption for a video of his son watching Harry Potter and the Philosopher’s Stone on Insta.

“Now it’s time for the next generation to start his journey in the Wizarding World.”

Neither were part of the Return to Hogwarts reunion but honestly, I’m not sure that that’s surprising since they probably said up to 50 lines each throughout the eight films – no mandrake shade!

You can catch the Harry Potter reunion on Binge.