From Doing The Nasty To Chugging Ural: A Timeline Of The Most Common STIs 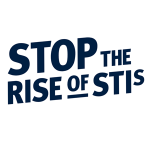 If there’s one thing I’ve noticed in my time, it’s that folks have absolutely no clue what happens when you get a sexually transmissible infection (STI). Not only do they seem to believe that you go from ploughing to pustules overnight (you do not), they don’t realise that some STIs don’t actually show their symptoms for quite some time — if at all.

That’s right, just like the sexual partner who gave it to you, they could wind up being a bit of a ghost. And you deserve better than that, you know? You deserve a clear genital wonderland and someone who texts back promptly.

So I’m here to set the record straight because if there’s one thing you all should be taking more seriously, it’s your sexual health. Take a seat, here’s what actually happens.

Hey congrats! You found a consenting adult to do the do with you. Here’s hoping you used a condom though… Oh you didn’t? Ah. Well. I rescind my congratulations. I’m not mad, just disappointed. We thought we taught you better than that, you know?

So if you’ve been tooting the horn or adventuring up the hoohoo without protection, you best pay attention to the following stages.

Here’s where we’re gonna get detailed — if you’re squeamish, now’s the time to take a deep breath. Symptoms for STIs vary quite a lot depending on what you’ve got. The tricky thing is some STIs don’t show symptoms at all. Still, here’s what you could conceivably experience if you get any of the following and show symptoms:

You know why chlamydia is so common? Because half the time, there aren’t any symptoms. People spread it by not even knowing they’ve got it — something that would be prevented if they used a condom and got tested regularly.

The rest of the time, symptoms of chlamydia can include pain or burning while peeing, abnormal discharge (we’re talking yellowish fluids from the vagine and milky discharge from the peen), pain in your lower belly or pain during sex.

Ah, the clap. Another sneaky one that doesn’t always show symptoms. Love that for us, right? Gonorrhoea typically presents with painful urination, pus-like discharge (is there any word grosser than ‘pus’?), abdominal/pelvic pain — if it’s in the genital tract.

Gonorrhoea can also show up in your rectum, eyes, throat and joints — so if you’ve got an itchy or bloody anus, pus discharge in your peepers, swollen lymph nodes or painful joints, get tested.

If there’s one upside to syphilis, it’s that it’s not particularly subtle. If you do get symptoms, you’ll probably know if you’ve got it, and you’ll likely know VISIBLY. The main symptom of this bad boy is one or a bunch of sores or ulcers, that can occur around the mouth, anus, penis OR vagina. Sometimes they can be hidden internally so you might not notice them.

They likely won’t be painful, but they will feel kind of hard, like nodules. Don’t try to poke or prod at them — they won’t bleed, but you also don’t want to give yourself pain for no reason. In addition to these button-like sores, you might also get a red rash, wart-like lumps, swollen glands, hair loss and general flu-like symptoms. Delicious.

The tricky thing about syphilis is if not treated, the signs will go away, some coming and going for up to a year. Regardless, the syphilis infection remains in the body and can still be passed onto people you have sexual contact with.

If there’s one STI that you probably already know the symptoms of, it’s the ol’ herpes. Herpes is generally characterised by a tingling sensation followed by blisters or ulcers — which can depend entirely on which strain of the Herpes Simplex Virus (HSV) you have, HSV1 or HSV2.

If you’ve got HSV1, you’ll most likely have cold sores on your mouth, while HSV2 is generally an infection on your nethers. Don’t forget though, you can transmit both to different regions — even in your eyes!

The human papilloma virus can cause genital warts, a name that conjures up a very vivid image of EXACTLY how it presents, symptom-wise.

It does what it says on the tin, really. Now, to be clear, some people may not actually have visible warts — and you might even have them inside your vagina or anus. Just packed waaaay up in there.

There are many strains of the HPV virus, some of which (in rare cases) have been linked to cancer in the cervix, anus, mouth and throat. The good news? Regular cervical screening tests through the National Cervical Screening Program can accurately detect an HPV infection, so, if you’re over 25 and have a cervix, you should talk to your doctor or nurse about having a cervical screening test.

Also, along with Hepatitis B, HPV is the only STI that you can get vaccinated against. Anyone can get this vaccination if they didn’t have it at school.

Wipe away any fear of a maniacal doctor getting grab-happy with your bits — getting tested is far more chill and straightforward than you might expect — and if we’re being blunt here, the doctor probably saw about 50 other peens and vagines that week. Don’t be shy.

When you go in, the first thing you’ll experience is likely to be a few questions. Stuff like your sexual activity, the kind of sex you’re having, condom use and injecting drug history. This is all commonplace and will help your doctor narrow down what to test for — be honest, there’s no judgement here and it’s all confidential.

If you don’t have any symptoms, they’ll likely get you to pee in a cup and will take one or two swabs – they’ll usually ask for you to do these swabs yourself. This means an appointment with no one peering down at your bits. They may also ask you to provide a blood sample. Most STIs can be detected via these methods, so as long as you’re clear about asking for a COMPREHENSIVE STI check, you’ll be sweet.

If you do have symptoms, they’ll likely take a quick peek and examination of your genital area as well, to check these for any lumps or bumps.

I remember in Year 9 a guy in my class was genuinely afraid that if he got chlamydia they’d have to chop off his penis. To be clear, they absolutely would not. Here’s the lowdown on what actually happens.

Then we have syphilis, which is a little more intensive with a series of penicillin injections. It sounds worse than it is though, and it’s miles better than the alternative.

Unfortunately, herpes doesn’t have an outright cure, but you can definitely manage your symptoms and episodes. Your best bet to quicken the episode is by using anaesthetic gels, wearing loose clothes and bathing with salt water if you’ve got lesions. If you can detect an episode before a sore forms, then antivirals may also help with shortening the outbreak.

Genital warts can be a bit more of a waiting game as they go away on their own, but if you’re uncomfortable, you can get a topical cream, or even opt for cryotherapy and freeze those suckers off. Your doc will give you more info on this.

Honestly though folks, the most important thing here is knowing that you have an STI in the first place. Get tested, regularly, and listen to your body. You can go balls to the wall sexually for all I care (maybe not literally, unless you’re into that kind of thing), but:

Some of these STIs can get really nasty if they’re left untreated, so get on top of it faster than you got on top of someone else.

It’s the right thing to do.