Croony Melbourne five piece Little Red went on tour in the United States this year. Their adventures on the road included: paying respects to Jimi Hendrix, encountering Coney Island techno dancers, quietly reflecting at Kurt Cobain’s birth place, and having their hopes and dreams came true. It’s all there. Adrian, Tom, Dom, Taka and Quang filled us in on those most memorable moments…

DOM
“One day in new York I decided to catch the train out to Coney Island. It’s a place that’s always intrigued me and in fact I’ve already written a song about it so I thought I should check it out. When I got out there it was beautiful and sunny and the sounds of the beach mixed with the fairground music and racket of rusty old rides and the techno pumping out of a big system a little ways down the boardwalk. People were dancing In front of those speakers. Then the mc introduced this little Japanese guy whose name was Johnny ace or something and he did a little performance while everyone else stepped back and watched.” 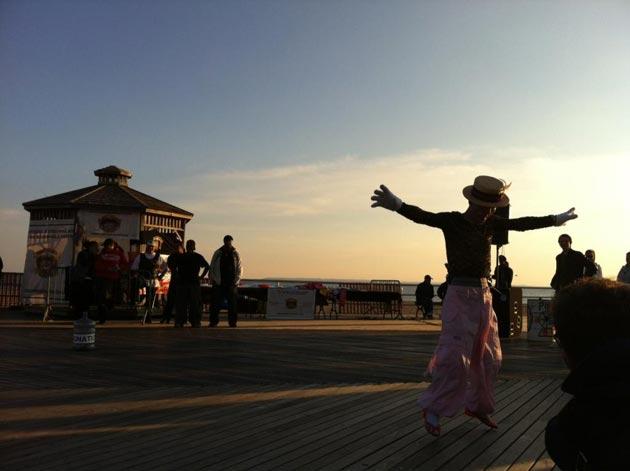 “Then the sun set and the lights came on in the fun park and the thrill rides came to life. I went on the hurricane roller coaster which was heart stopping and I met some fellow adrenaline junkies from jersey who offered to take me shooting when we were passing through the area.” 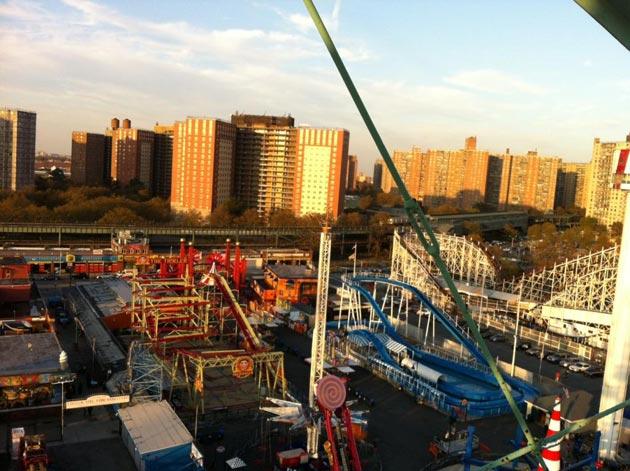 TOM
“When we are on tour, we always make sure to stop and smell the roses. Fortunately when you are touring America there are plenty of historical sites worth stopping by for a visit.

On our journeys we passed Edgar Allen Poe’s house in Philly, and the battlefields of Little Bighorn, to name but a few. On the drive from Seattle to Portland we stopped by Jimi Hendrix’s grave to pay our respects to the greatest guitarist of all time and also one of my favourite all round musicians. I am totally captivated by the total package of Hendrix – the look, the sound, the soul, the melodies, the mind-bending lyrics. The grave itself was quite an imposing concrete structure, dominating the entire cemetery, which was in stark contrast to the humble grave of Jim Morrison in Paris, which we had some trouble finding. We brought along a couple of tunes to play – ‘All Along The Watchtower’ and ‘Foxy Lady’. It was a very spiritual experience. RIP Jimi.” 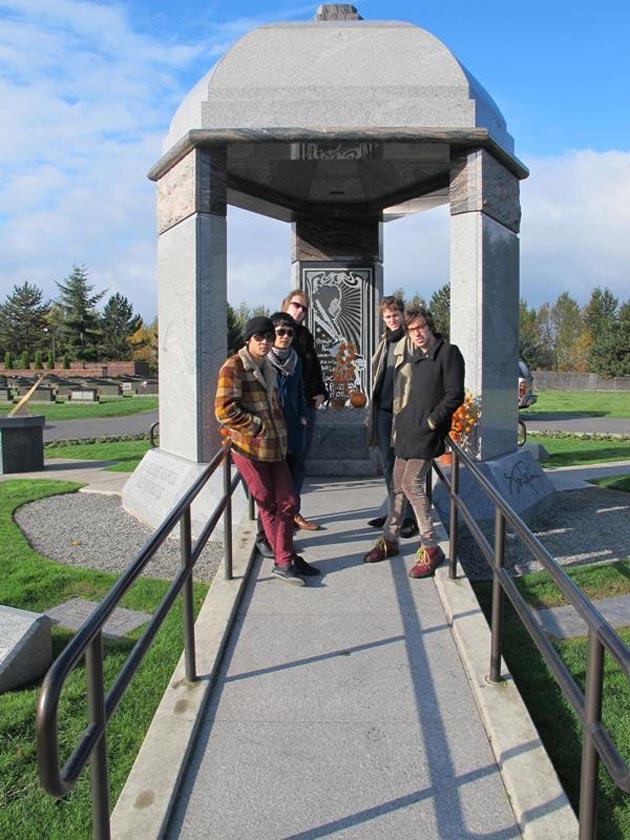 ADRIAN
“America has been everything I hoped and dreamed it would be. An endless highway filled with so much excitement and vibrant people at every stop. And the music! My God! So many incredible singers and guitar players and entertainers of all kinds. Listening to the golden classics in the bus, well that’s another thing. They sound more alive and brilliant than ever before, especially the Beach Boys. Oh and we saw Gillian Welch play in New York. Spoiled for choice really.”

Little Red and their tour bus: 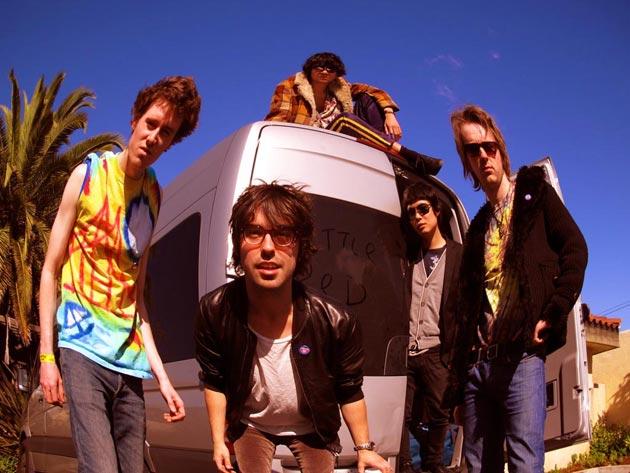 TAKA
“Aberdeen has always been a mystical place for me. It has been existing in my head for so long. Every article or book about Kurt Cobain mentioned the name, but it’s been hard to accept that such a place truly existed. Not because Aberdeen is usually described as a horrible red-neck logging town.

“I was born in a small-minded fishing village. Perhaps, it’s because of the myths surrounding his life and death, which were probably grossly blown out of proportion by the media. But, I don’t know. Maybe, I believed I’d never visit Aberdeen in my life, so it didn’t really matter if it was real or not. So, I mythologised his time spent under Young Street bridge sitting on the muddy bank of Wishkah River like the bible story of Moses splitting the sea. Well, somehow my life brought me to there. As I was sitting on the muddy bank of Wishkah, I felt like the river answered some questions about mystery of life. But,not all of them.” 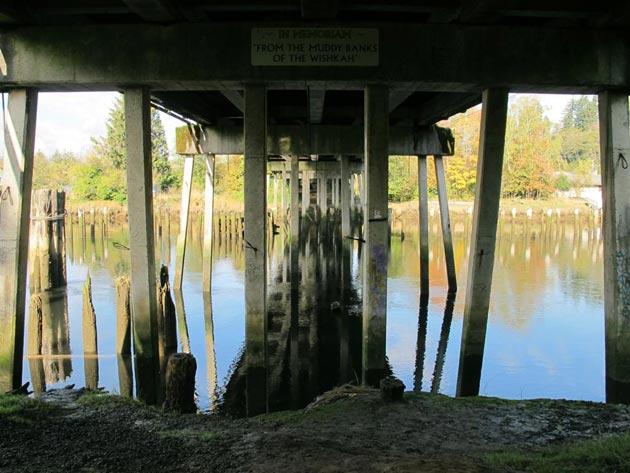 QUANG
I’m an animal in NYC. Hungry for it all:
hungry for scraps from gigantic black bums with 2c fillings and machine gun firerocket gut-belly face cramping laugh jokes
hungry for sex with tower-tall power NY women
hungry for pile pig pizza cheese, 99c, which is always regrettable
hungry for the taxi driver mad scum off the streets
hungry for drinks, smokes, magazines, candy, gum
hungry to be shouted at, abused, complimented, frightened or anything else
hungry for bled blood burst open upon the sunny grey midday pavements
hungry for Vietnamese food, fresh, coriander, mint, vermicelli, spring rolls, peanuts, fish sauce and chilli
hungry to read, listen, watch and get high
hungry for street improvised conversations at 4AM in Brooklyn, drunk and stoned, mad and free, belting out Waltzing Matilda to dumbfounded Americans on the corner of this st and that avenue
hungry for free-flowing Brooklyn claustrophobic houseparties held in narrow apartments, people with beer and pipe in hand and their smiling pants down
hungry for all eyes, ideas and pictures and all time

I want to tear my mind open and put it all inside and go to bed.

All Photos Provided by Little Red