Exactly two years since it announced it was pulling the last beers and closing up, The Reverence Hotel (a.k.a. The Rev) in Melbourne’s inner west is set to reopen under new owners – the gang from over at Cherry Bar.

The Footscray pub has been quiet ever since it’s last hoorah in early 2019, which was a live music institution for around six years, bringing solid names through the doors and onto its various stages in its life as The Rev.

Beloved Aussie bands like Luca Brasi, Camp Cope, Jess Locke, The Bennies and more found a local stomping ground on its pub stage and band room, and the venue saw the likes of Paul Dempsey, PUP, Joyce Manor, and The Menzingers ring through its guts.

READ MORE
A Massive Wave Park Is Coming To Melbourne, So We Now Have An Alternative To Adventure Park

Now the crew who have been causing chaos over at Cherry Bar the CBD for years have stepped in and are reopening the beloved corner pub again, with a new name and a big new beer garden.

The new era of the westie punk pub is Hotel Westwood, and it’s opening really soon – like, this Saturday. After spending the year getting everything ready and turning the pub’s carpark into a huge beer garden (I’ll still tuck myself in under the outdoor stairs though), the new team are ready to throw the doors open and run beer through the lines once again.

Posting up on Facebook yesterday, the Cherry Bar team said they’ve done an “extensive renovation” on the old Reverence Hotel, and are opening on November 28 (tomorrow!) from midday with cocktails and tacos outside, with plans to bring gigs back into the back room and the band room, and eventually to the beer garden, too.

It even gave a sneak peek into what that car park beer garden transformation looks like, and it’s certainly something. 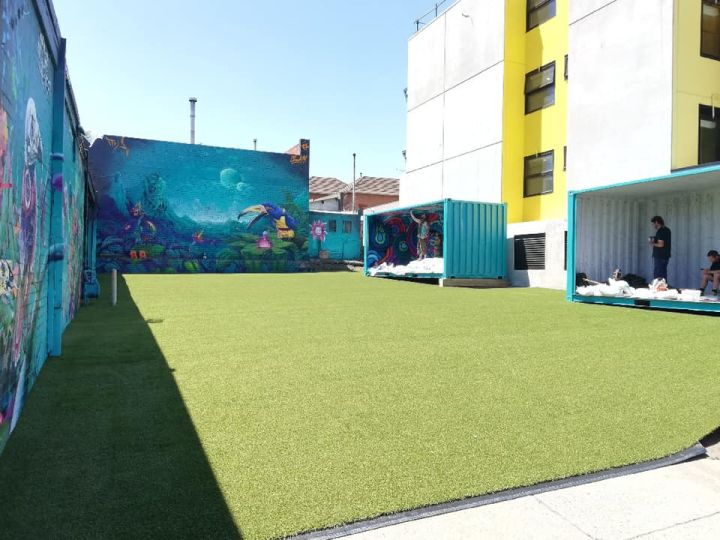 As Melbourne gingerly emerges from lockdown and months of restrictions, the new Hotel Westwood beer garden will only be open on Fridays, Saturdays and Sundays, with bookings and walk-ins available. You can book a table for up to 2.5 a sesh for groups between two and 10 people.