Produced in association with Rdio.

We’re only four weeks into 2015 and I feel more confident saying that St. Jerome’s Laneway Festival is going to be the year’s zenith than I am about the spelling of my own name. Looks like it’s all going to be downhill from here for everyone, sorry!

Armed with the knowledge that every minute wasted on your chosen Laneway Day is another minute you’ll never regain, we want you to go in as prepared as possible so that you miss neither beat nor bucket hat alike. Ergo, the following entirely essential eleventh hour guide to making the most of your St. Jerome’s Laneway Festival MMXV experience.

ICYMI, set times and locations were released last week. Spend time getting to know them in the Biblical sense and you’ll thank yourself later when you’re flirting with the last 10% of your battery life, you’ve lost your mates, your plot and all you’re left with is Rain Man style recollection of the timetable. 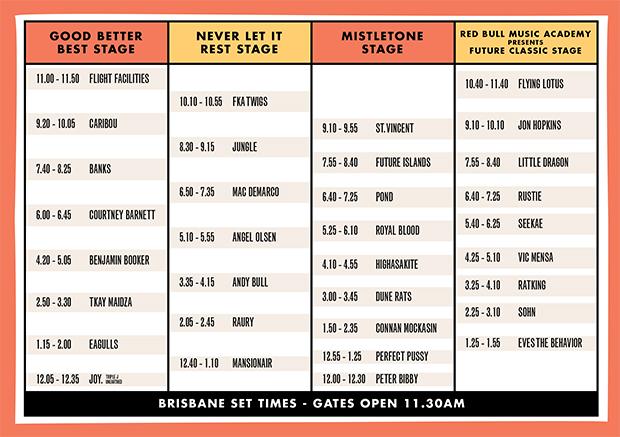 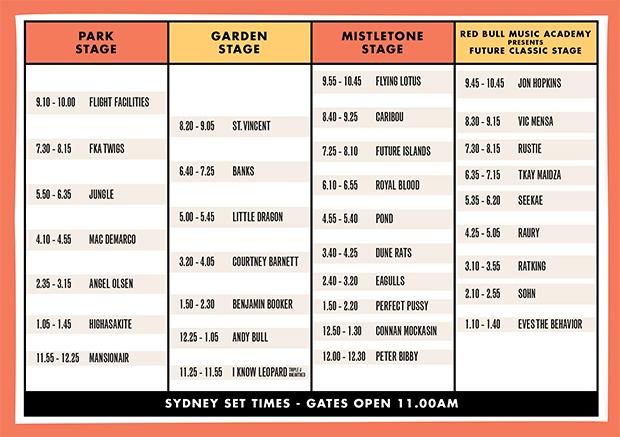 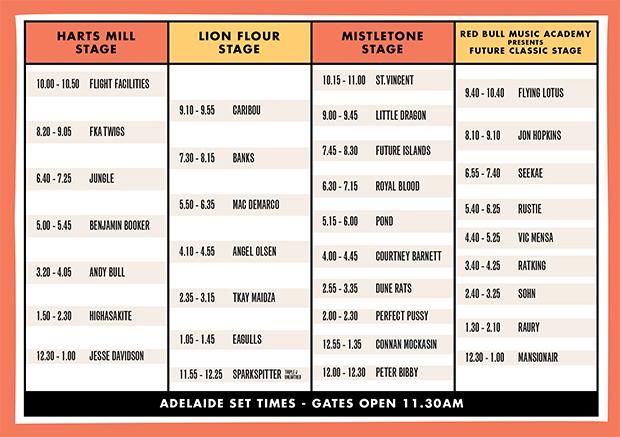 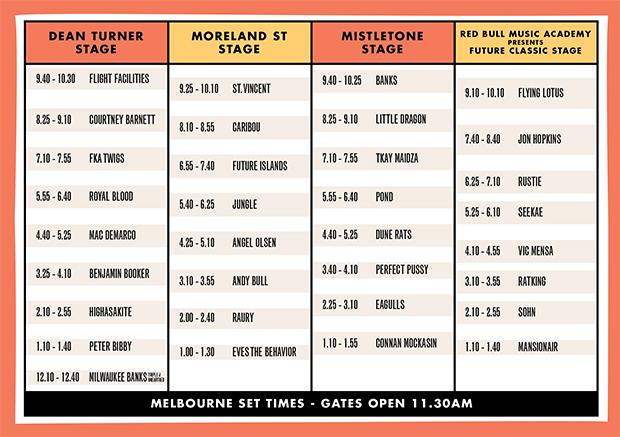 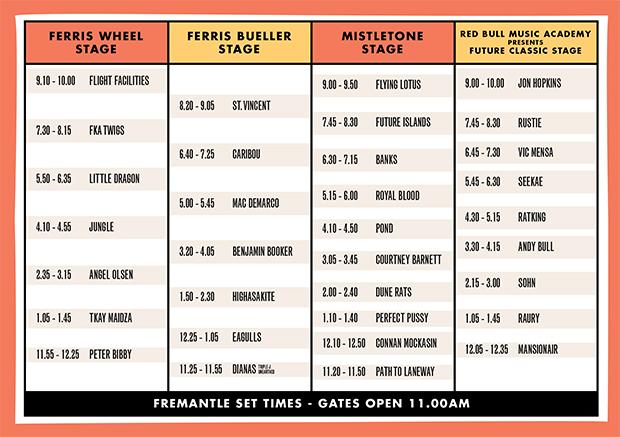 In an ideal world where time was marked not in minutes but by how many new friends you made in the shade during extended breaks between sets, you’d be too blessed to be stressed with running madly between stages and trying to cram in every single act.

Unfortunately, despite the best intentions and efforts of Laneway’s organisers, clashes are inevitable and you’re never going to see everything you want. Clashes are a necessary evil; they’re testament to the strength of the lineup and unimpeachable evidence of your great taste in music and appetite for life. You want it all! If anything, you should feel flattered by clashes.

However, if you’re still undecided about which acts you want to lavish your love on, what follows are a select few of our picks for some of the artists we’ll be seeking out this year.

Had you turned on the wireless this past long weekend you might’ve heard a local station playing a lil’ playlist featuring a few of the acts featured on the Laneway bill. It’s no coincidence then that we’re now sufficiently jacked to being seing a few of them live over the coming weeks, including Tkay Maidza (#100), Jungle (#67) Andy Bull (#61) Caribou (#55), Flight Facilities (#52 and #39), Courtney Barnett (#55), twigs (#45) and the heavenly BANKS (#37).

If anything, those ten songs featured in the Hottest #100 were like an entrée to the coming feast.

But most of all, we cannot, will not miss seeing this (#23) live and in the flesh.

What the Hottest #100 typically lacks in female representation, Laneway makes up for in spades; and what Laneway lost in Lykke Li, it more than makes up for in the messianic arrival on Australian shores of FKA twigs, the singular musical auteur we’d give up our first born for if it meant we could gain an ounce of her creativity.

Three weeks until the laneway festival so excited!!!

FOR THOSE OF YOU ABOUT TO CUT SICK

Where better to do so than in front of local lads Flight Facilities, fresh off the back of touring their brilliant debut album; or before the surefire majesty of live set from our love Caribou. Then, when that’s over, R.I.P. us.

Cause of death: Flying Lotus

Come Laneway Day there are a few things you should arm yourself with to ensure maximum extraction of satisfaction.

Be sun smart, FFS: sun’s out, guns adequately shielded from harmful UVA and UVB rays with SPF50+ and, preferably, sleeves. You know the drill by now, you’re an adult and if you’re soliciting practical information of this nature from a blog, I’m sorry, but you have much larger problems. Stay hydrated. Buy a little portable iPhone charger – that’s the best $50 you’ll ever spend. BYO gr8 attitude and chill vibes. It’s all super basic stuff.

You’d also be well placed to download the official Laneway app, powered by Rdio, in advance.

It’ll cost you nothing and is available now from the app store that best aligns with your personal brand (iTunes or Google Play). Once you’ve done that, you’ll have 24/7/365 access to the timetables, live alerts throughout the day to ensure you soak it all in when the time arrives, as well as the ability to stream – and discover extras from – your favourite artists on the lineup. 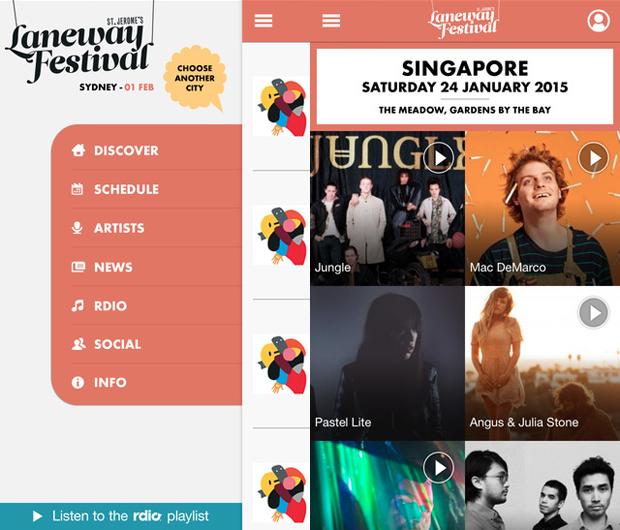 OUR GIFT TO YOU

How better to prepare for the best day of your year than by brushing up on your already comprehensive knowledge of some of the songs that’ll invariable get played at each festival leg?

Laneway Festival kicked off in Singapore and NZ last weekend; the first Australian legs start in Brisbane on Saturday January 31st and continues in Sydney on Sunday February 1st. At the time of writing, there are apparently a handful of tickets left for the Melbourne (February 8th) event. Sydney sold out today.

You can and should learn more about how you can get involved in that situation here.