Are you still trying to get over that crushing, post-Hottest 100 hangover? Maybe a nice big dose of stats will help get your head into gear to face the rest of the day.

Old mate Dom Alessio took to Twitter this morning to post a breakdown of how voting went down yesterday in triple j’s poll, and you can see the infographic in all its glory below: 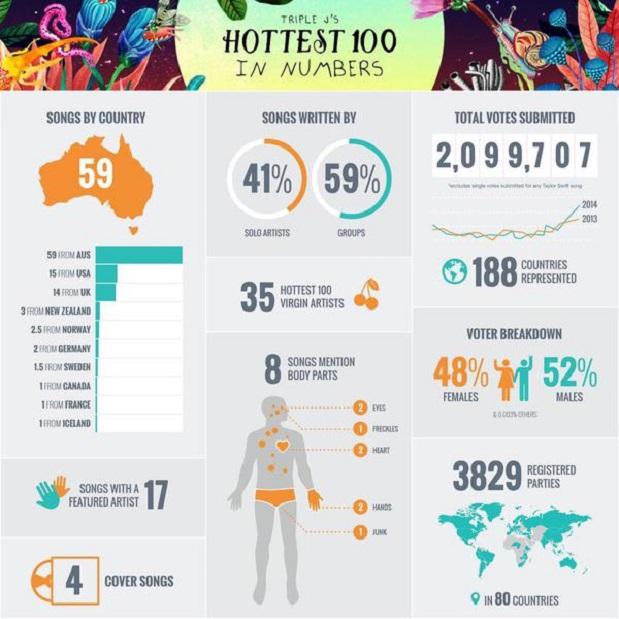 Australian music made a strong showing – 59 of the acts in the poll were locals, and seven of the top 10 songs were by Aussies, including the likes of Sia, Hilltop Hoods, Peking Duk and of course Chet Faker.

For those playing at home, the eight songs featuring body parts were:

Taylor Swift would have made it to number 12 in the countdown had triple j not felt the burn and opted to disqualify her, somewhat sniffily dismissing the campaign to get her into the chart as “hipster lulz” and “not legit.”

Chet Faker’s ‘Talk Is Cheap’ took out the top spot, with two of his other songs, ‘1998’ and ‘Gold’ also cracking the top 10, and you can see the rest of the poll here.