Eurovision 2014 Declares a Winner, and no, it’s Not Jessica Mauboy

The bastion of subtlety and restraint that is the Eurovision Song Contest is over for another year, with Austrian performer Conchita Wurst, who has come to be known as the ‘bearded lady’, declared the winner.

Wurst is the alter ego of Austrian performer Tom Neuwirth. The act was originally written off as being ‘too provocative’ for Eurovision, whose voters prefer more simple, homespun performers like Finnish metal bands in monster masks. 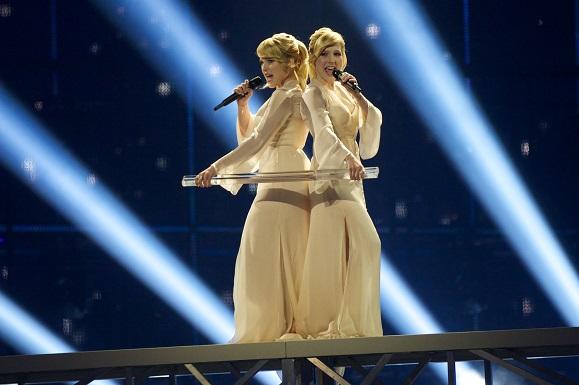 As much of Eurovision’s voting is detremined by who hates whom the most and least in Europe at any given point, this year’s contest was not without controversy. Russia’s Tolmachevy Sisters were booed in Tuesday’s heats, when it was felt that a lyric in one of their songs contained anti-Ukranian sentiment.

Australia’s own Jessica Mauboy performed during a break in the competition, and when asked to chuck in her two cents about who might win, she threw her support behind Conchita, saying “What’s so amazing about her, about Eurovision, is that it allows you to be the artist that you are and take a bit of a risk.”

In summary then, everyone except those vaguely Jennifer Lawrence-y sisters had a nice time, and nobody spoiled it for anybody on Facebook, and hardcore Eurovision devotees, you can go ahead and get off our backs now.