An Aussie mum has taken her love for Kmart to the next level with a tattoo dedicated to the discount store and honestly, I just have so many questions.

Thanks to the brilliant invention of Kmart lovers groups on Facebook, I have become privy to a number of hacks and tips that generally make my life better. But in addition to the hacks groups, there’s also Kmart Unhacks & Roasts, which is just a treasure trove of things that make you want to shed a tear.

Thanks, I hate it.

The tattoo is actually two years old, but thanks to 7News, it has been shoved back in my face on this fine Tuesday morning.

“This happened today and no, I’m not regretting it and I won’t regret it,” the woman, presumably named Sharon or Deborah wrote alongside the photo of her new ink. 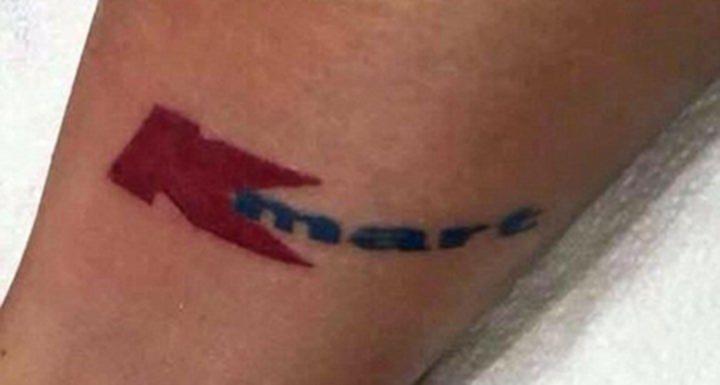 “There’s always methods to my madness, it was meant to say ‘Kmart addict’ but I was chicken and only got this far,” she explained.

“The story behind getting this tattoo…my Kmart addiction, which started back when I was little and would go with my nan shopping at Kmart and having lunch at [a cafe] once a week, good times.”

Now, I love Kmart as much as the next guy, and I’ve got some dumb tattoos, but this one truly just takes it to the next level.

She even explained how people warned her off the idea, but clearly she did not listen and honestly Deborah, why?!

“I’m not regretting it one bit. I go back once this is healed to do any touch-ups needed and to add the “addict” part.”

However, I will give her a few points for sentimentality, because she shared a heartwarming story about how she takes her daughter to Kmart (with a cheeky stop at the Maccas food court) whenever she has the opportunity, which is pretty bloody wholesome if you ask me.