As someone with big boobs, I bear the eternal disappointment that I simply can’t wear those cute, strappy crop tops ever, let alone to a boxing sesh or even pilates. It is sports bras, and sports bras only for me – sometimes, I can go for a full-coverage crop if the hecticness of the sport is relatively low-key.

But when it comes to anything medium to high intensity, I have to load those babies into lockdown bras. The ugly kind where your boobs poke out and for some reason, always have ugly colourways you don’t wanna show off out the side of tank tops.

Except then I tried Under Armour’s Infinity Bra. 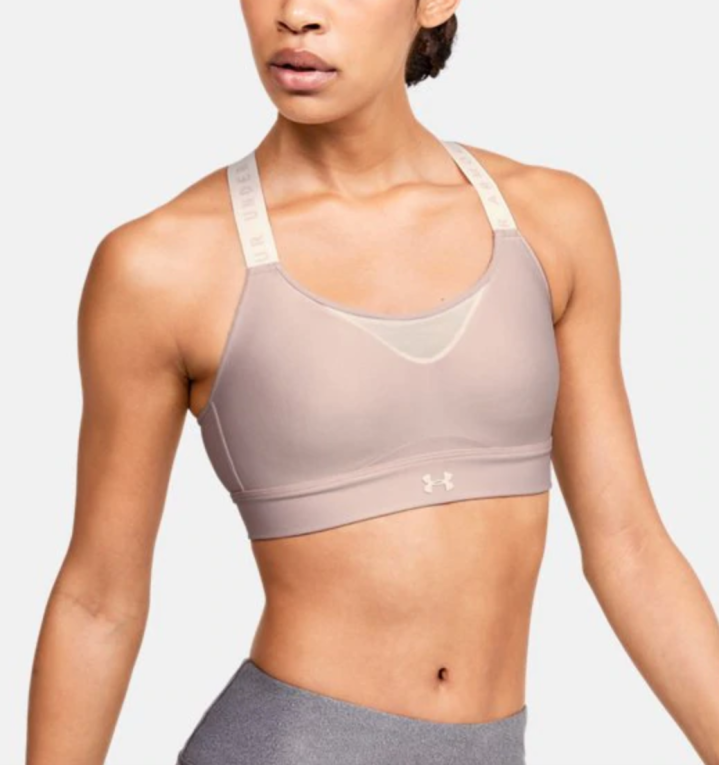 But… is it actually a sports bra? Yes and no. Let’s start with the design. It’s got moulded cups, which is nice for two reasons – shape, instead of pancake tits, and also support. It’s kind of like wearing a contour bra, except with more coverage.

The straps are comfy but thick and sturdy, which is also a plus. But the real winner here is the adjustable band: 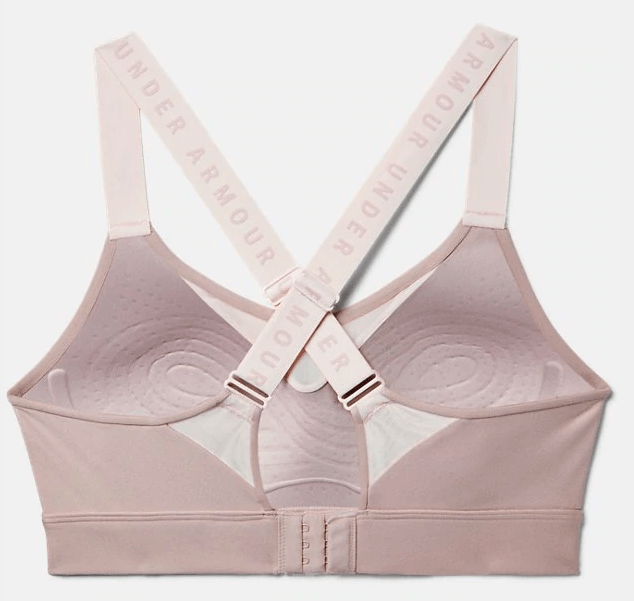 Essentially, instead of being a stretchy band, it’s a stretchy band WITH added adjustability. What this meant for me was that I could make the bra fit my chest perfectly – often, I’ve found crop tops are looser across the chest, which is why they’re not supportive enough for medium-high impact sport.

Now, the test. Wearing it to work out. I NEVER wear crop tops for anything beyond pilates or a power walk, because I am too scared from that old Berlei ad which shows the boob bounce, oh god. Now it’s in my brain. Anyway, I wore this reluctantly to boxing class.

When boxing class is just punching the bag and some squats, I could technically wear a crop top. But most classes also involve star jumps, a short run/sprint, and shuffle runs. Basically I would classify the whole thing as medium impact – it’s not to the level of netball where I’m bouncing around for a full 45 minutes, but it’s not light on either.

The Under Armour Infinity held up. It was supportive enough – I think if I did star jumps for the entire class, I would have preferred a sports bra, but considering the high impact elements of boxing are short, it worked great.

Since we have mirrors at boxing, I could watch my boobs (lol) as I did the high impact parts of the workout. They moved more than they do in my sports bra, but very minimally so. I felt supported, and it looked like that feeling was fact.

Now, there are other sports crop tops that have the same structure to them, but I think the winning factor with this one is the design. Because it has the dual colours on the front, it doesn’t look like one large swathe of fabric. Naturally, anything that’s highly supportive needs to have a solid amount of coverage, but often that means you just look like one huge boob. I really liked the design on the front, because it gave a bit more structure to the bra, so it didn’t have that visual effect.

Would I buy this? Hell yeah. It’s cuter than my heavy duty sports bras and works for everything medium-low impact. I probably wouldn’t risk it for high impact sport, but given most of what I do isn’t high impact, it’s a great investment.