Aussie Scientists Create Fitbit For Your Guts That Tracks Your Farts

Do you ever lay in bed at night, running through the day in your head, and think to yourself, Gee, I farted a whole tonne today. I really stepped on a lot of barking spiders. My bottom just would not stop burping.

If you do, you’ll be positively chuffed to learn that Australian scientists have been busy developing an ingestible pill that works as a fart tracker.

While our contemporaries over in the US are figuring out how to create live on Mars, we’re still preoccupied with down under, Down Under.

But it’s not all hot air.

The team, lead by Kourosh Kalantar-Zadeh of RMIT University and Peter Gibson of Monash University, have developed an ingestible electronic capsule to monitor gas levels in the human gut, which they hope will be a non-invasive way to help elucidate the inner workings of the human stomach.

When paired with a pocket-sized receiver and a mobile phone app, the pill reports frequency of farties in real time as they pass from the stomach to the colon and out through the butthole. 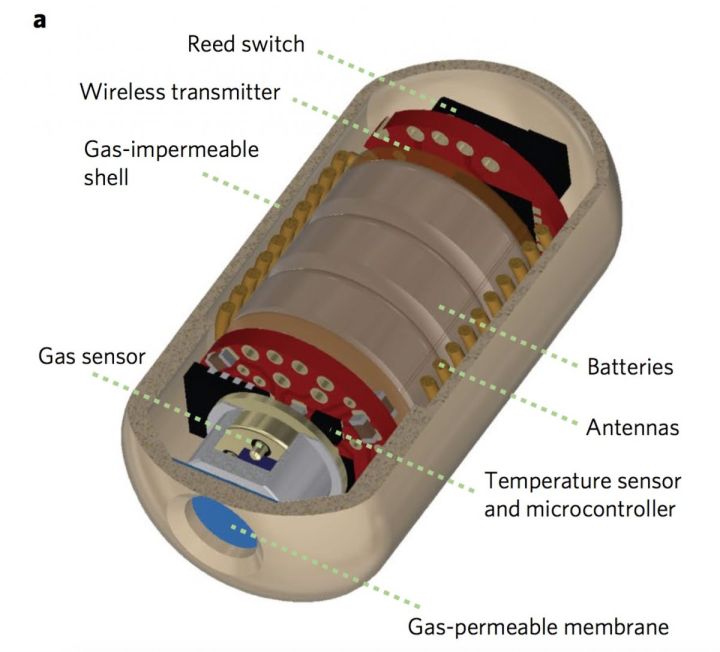 houston, we have a wet one

“Our pilot trial illustrated the significant potential role for electronic-based gas-sensing capsules in understanding functional aspects of the intestine and its microbiota in health and in response to dietary changes,” researchers noted.

Mechanical engineer Benjamin Terry of the University of Nebraska-Lincoln reckons the capsules “have remarkable potential to help us understand the functional aspects of the gut microbiome, its response to dietary changes, and its impact on health.”

The authors are currently setting up a commercial company to further develop and test the capsules.

It’s ripping news for anyone who has tummy issues. And fart enthusiasts.