Laurina Fleure, who exited Bachelor In Paradise last night, has revealed exactly what Daniel said to her that made her basically shoot laser beams out of her eyeballs. Spoiler: it’s not good.

During the rose ceremony earlier this week, Laurina unexpectedly gave her rose to “American Jared“ instead of Daniel. She later said in her interview that Daniel had said something “slimy, chauvinistic and derogatory comment” to her during the cocktail party (and that it gave her “the creeps”), but the viewers weren’t privy to that particularly bit of nastiness.

When we spoke to Daniel about the incident on Tuesday, he said he couldn’t remember what his exact words were, but that it was something about “her bum”.

“I was like, what? That’s it? I was surprised,” he told us. “I’m pretty sure that’s what it was, it was something like that she had a nice bum … I don’t care about it anymore, or even at the time, I didn’t really care. I didn’t realise I offended her, and if I did, I apologise, but again, I didn’t mean to hurt her feelings.”

It turns out that the comment was a little bit more than that, and it was pretty fucking off – even coming from an attention-deprived, career reality TV villain.

Laurina told News.com.au this morning that “[Daniel] pulled me aside for a chat and made a really sleazy comment, whispered it under his breath, he goes ‘your ass looked incredible today when you were sunbathing, your knickers tucked up it … I’m a PT, I know an incredible ass when I see one’.”

She also confirmed to the publication that she warned Keira and Nina about Daniel prior to the rose ceremony.

“They were telling me to give him my rose, so they could keep him in there without giving up their back-up plans [Jarrod and Eden respectively], and in the end I cracked it,” she said.

“Like, if you’re that fucking obsessed with Daniel, you give him a fucking rose. He just made the slimiest comments to me. He’s a fucking sleazebag.”

In the end, none of them gave Daniel their rose, and he was booted from Paradise with a “all these women are stale bread” comment. Classy bloke, that. Those three bandying together to kick him outta Paradise is the feminist hero tale I didn’t know I needed.

But as we found out yesterday, Daniel has been ‘talking to’ one of female Paradise contestants ever since filming wrapped up last November. He wasn’t naming names, but my money’s on Keira. Can you *really* see the Keira and Jarrod trainwreck working out??? No, you cannot.

Whoever it is, they have some explaining to do. The man said MOIST. On TELEVISION. He belongs in jail.

Here’s his official comment on the whole situation, btw: 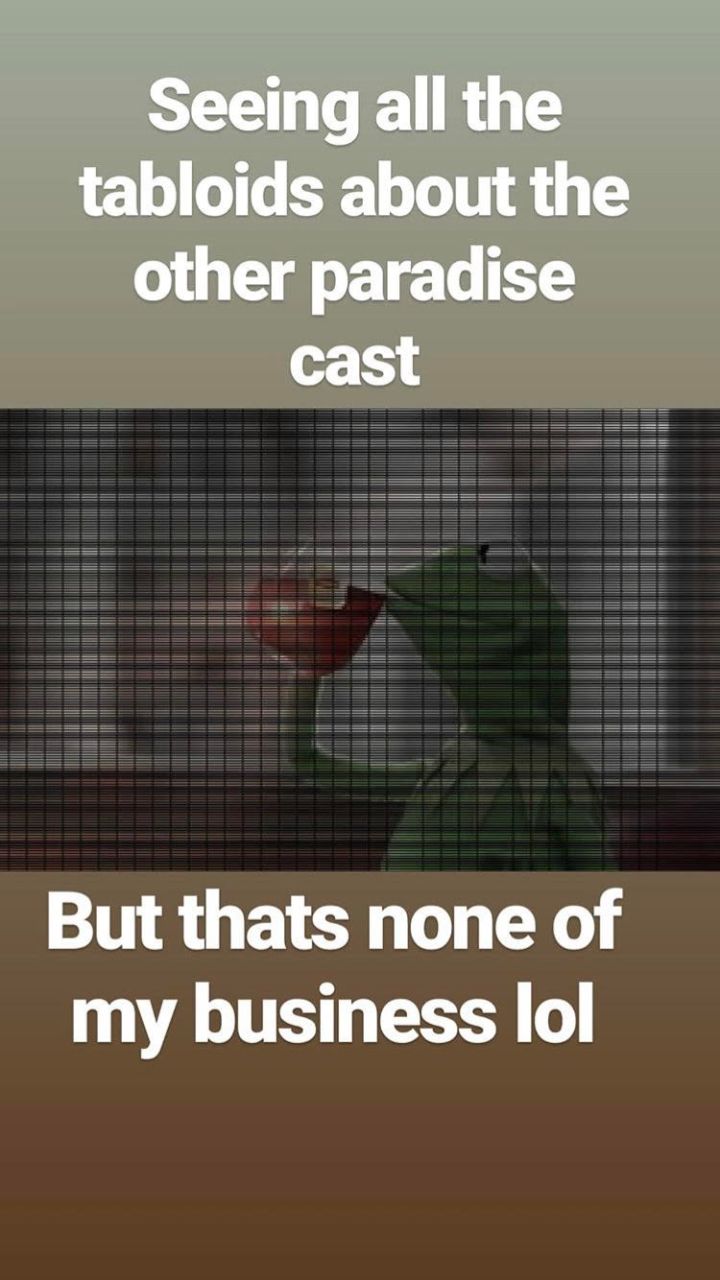