Directed and written by queen Elizabeth Banks, the flick is said to be a 2019 rendition of the fabulous ’70s series and eventual noughties film starring Lucy Liu, Drew Barrymore and Cameron Diaz.

The three new gals are the latest angels enlisted by the all-powerful Charlie Townsend to protect the world from certain evils. 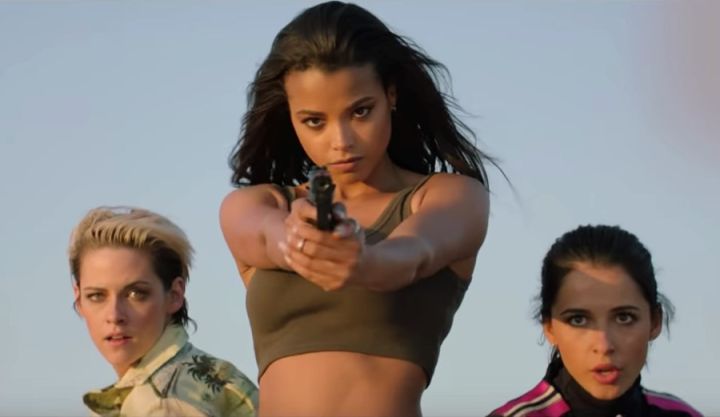 In the revival, Stewart and Balinska play seasoned agents Sabina and Jane, who can be seen kicking a whole lotta male ass in the trailer.

Their next mission involves protecting a new client, Naomi Scott’s Elena who is a programmer with very important, top-secret intel, making her a very big target for the baddies.

It pretty much goes without saying that throughout the course of the flick, Elena will end up being the third angel but we can’t flippin’ wait to see how that happens.

Suss the full trailer below:

Oh and did ya notice the sick track playing in the background of the trailer?

Grande took to Instagram to reveal that she is the executive producer of the soundtrack and features on several tracks, including one with Chaka Khan.

“@charliesangels in theaters this november,” Grande wrote. “Co executive producing this soundtrack with @awsuki@ilya_music & #mxm has been the coolest fucking thing in the world.”

She adds, “Beyond grateful for this opportunity and can’t wait for everyone to hear the music and see this phenomenal film. November.”

???????? @charliesangels in theaters this november …. co executive producing this soundtrack with @awsuki @ilya_music & #mxm has been the coolest fucking thing in the world. beyond grateful for this opportunity and can’t wait for everyone to hear the music and see this phenomenal film. november. ????✨

Charlie’s Angels is due in cinemas this November.