When not delivering up teaser trailers for television’s finest shows and buzz worthy upcoming movies, Comic Con San Diego has also served up its fair share of the finest freaks and geeks – and I mean that in the nicest possible way. Fanboys and girls from the nerd convention have gone above and beyond in the wardrobe and make-up departments to wear their unrivalled passions on their sleeves/faces/exploding stomachs, and as such deserve a place amongst The Best Fanboy Looks From Comic Con 2012:

It’s nice to see an enduring Australian influence amongst the beer swizzling nerd jocks at Comic Con – assuming this is an Eric Bana inspired incarnation of The Incredible Hulk, alongside an interpretation of Heath Ledger’s portrayal of The Joker. Apparently you can’t escape bro’s flexing biceps, even at the universal epicentre of nerd. 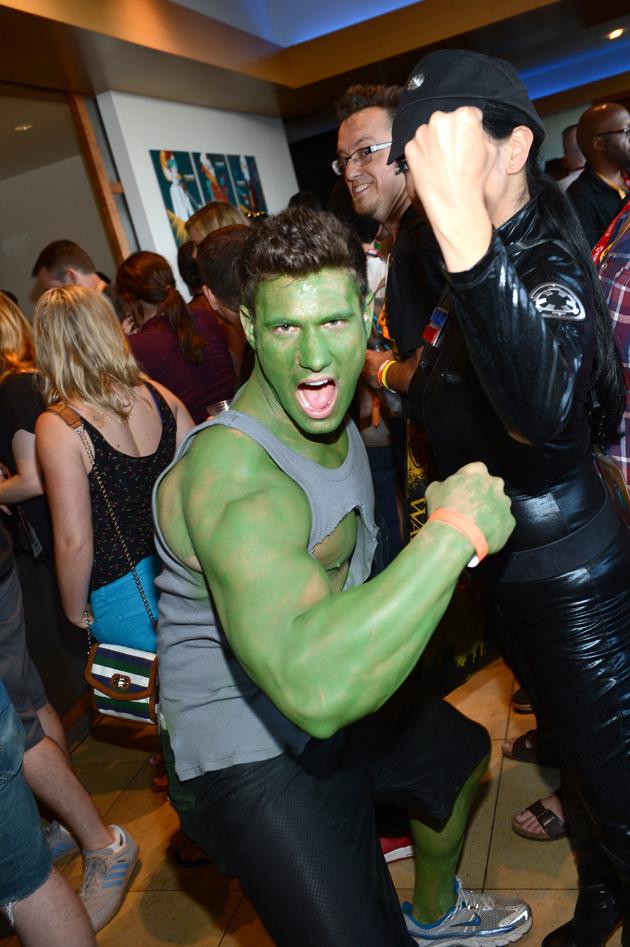 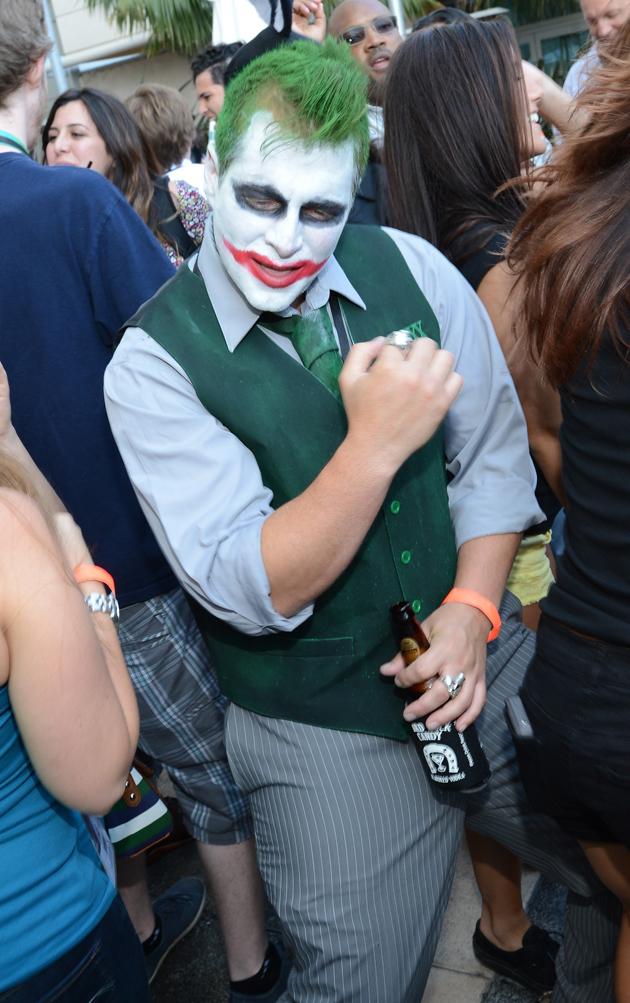 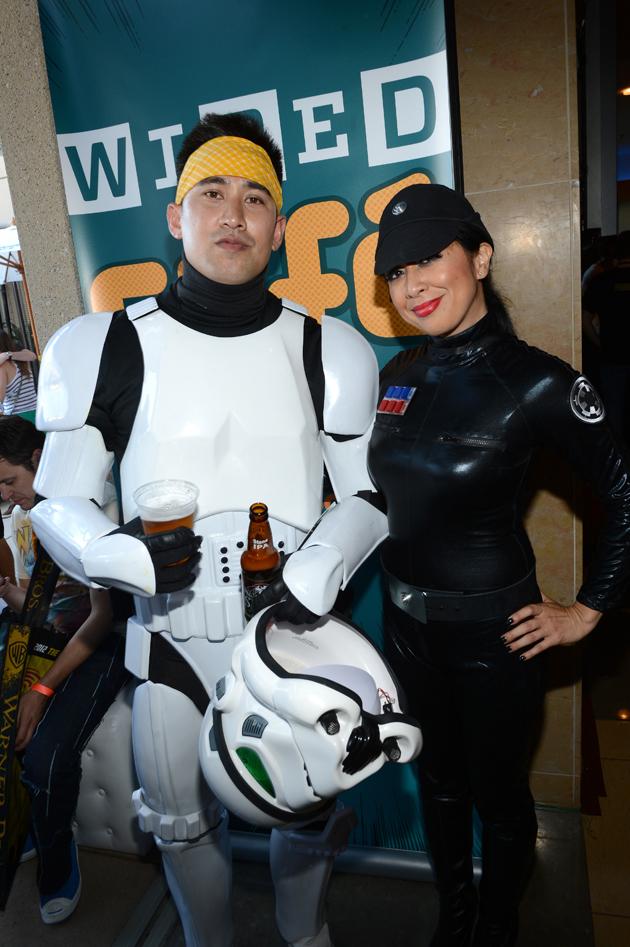 Valkyrie Goddesses, I’m assuming. This is where my ability to segue into a pop cultural reference wavers a little: 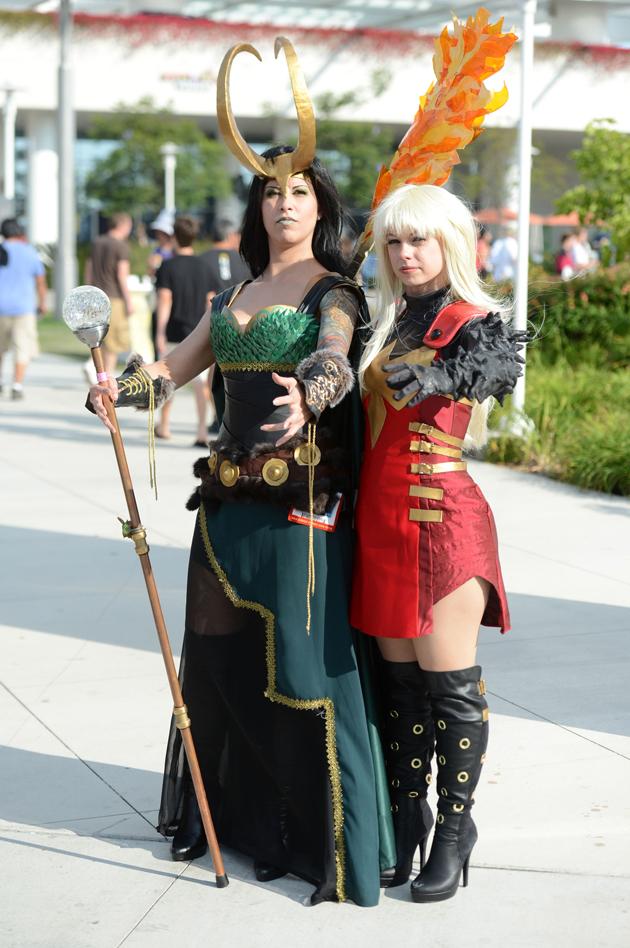 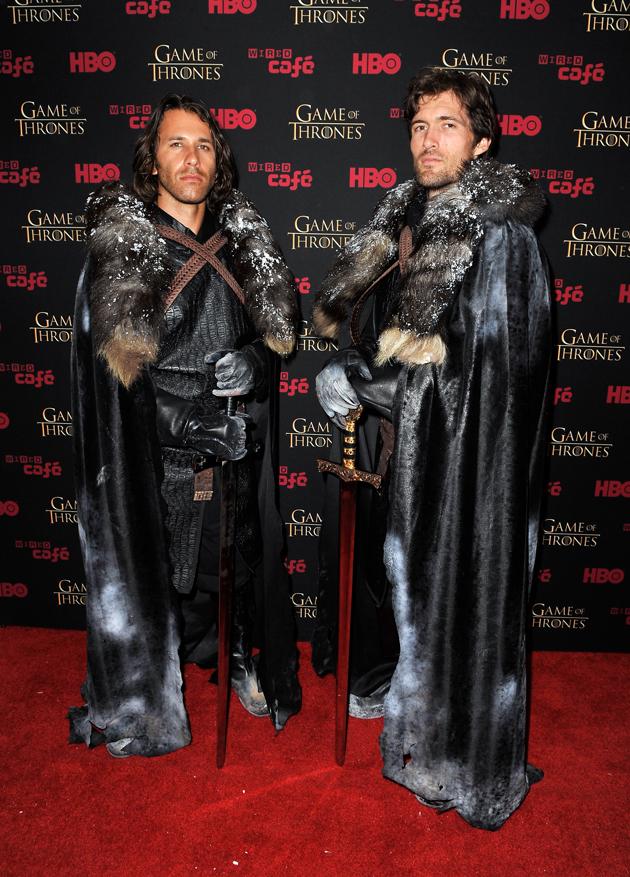 Kudos to this Shewbacca for donning a full-face mask covered in what you can imagine would be very uncomfortable hair. 10 points also for Awkward Lean stance. 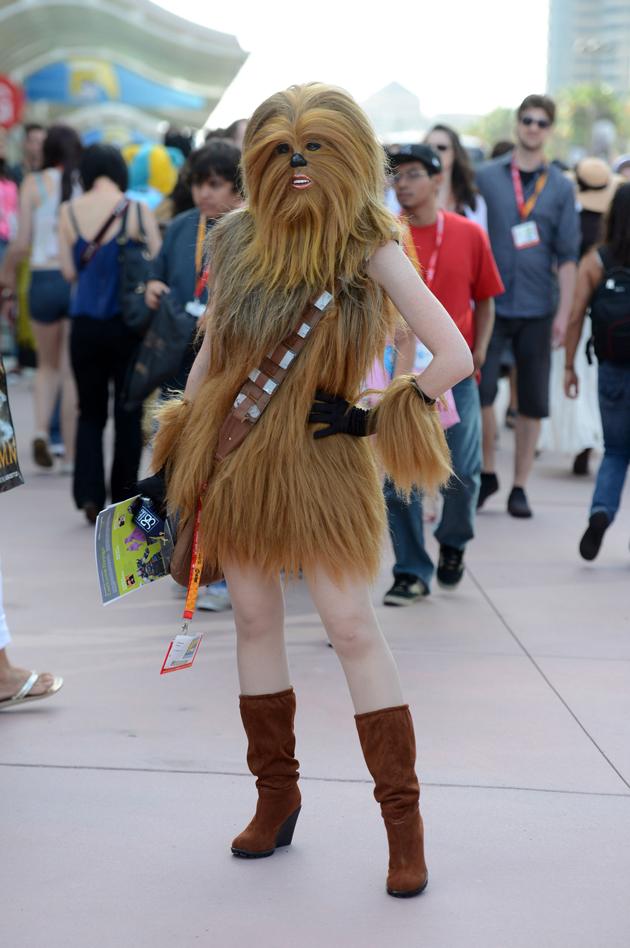 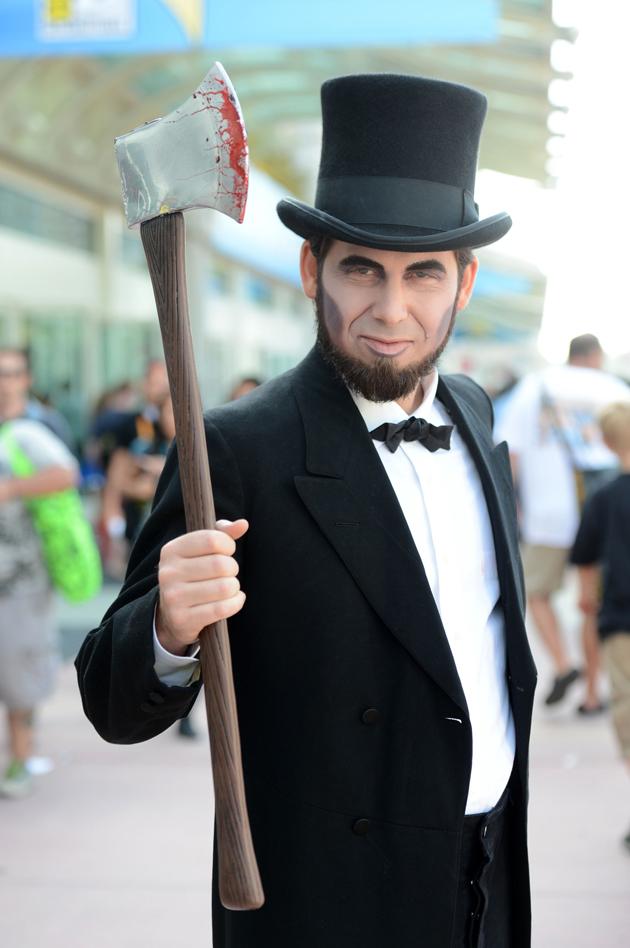 Nine she-nerd points for topicality, ten points for barely contained boob shelf. You can’t take that away from them, David Letterman. 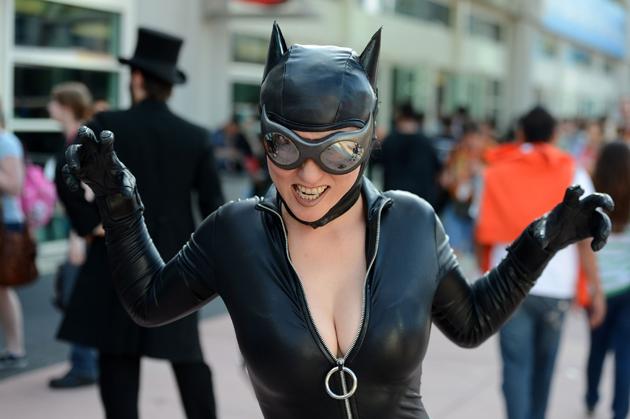 Aww! Even Bryan Cranston and Aaron Paul came dressed in theme. In this case, their theme was: Best Show Ever. 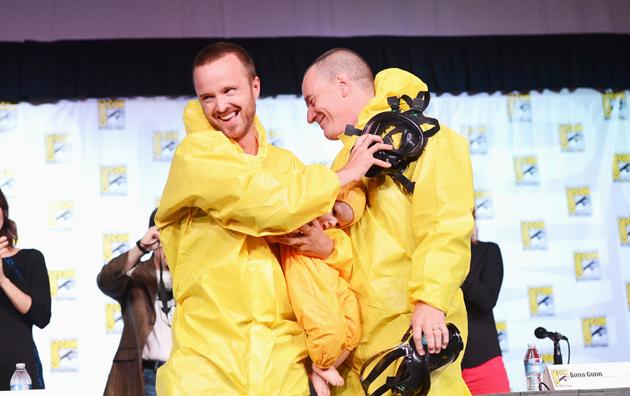 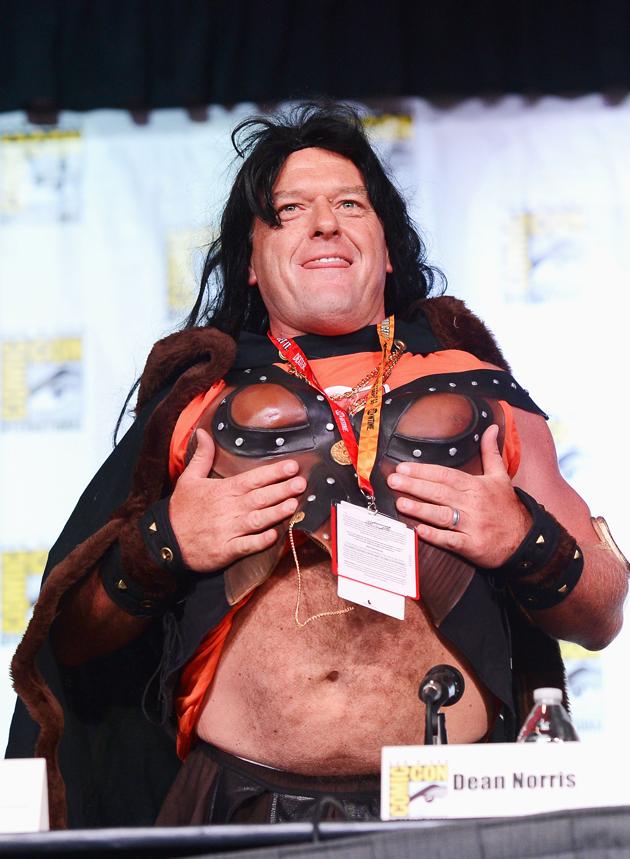 And now for the Zombie Walk gallery, where true make up artistry/a love of gore comes into play. Warning: scurry shit ahead. 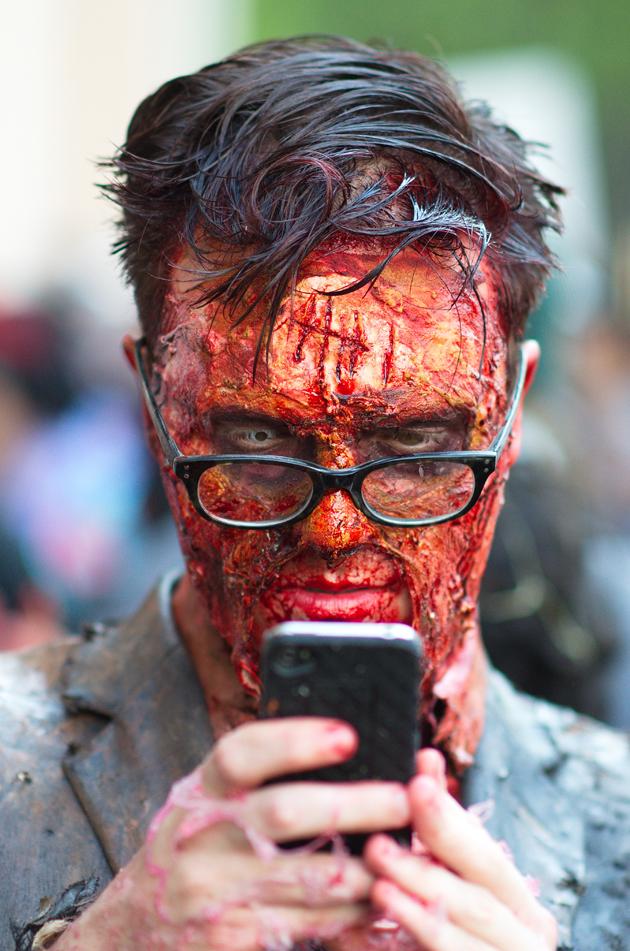 …Jeremy Scott? Is that you? 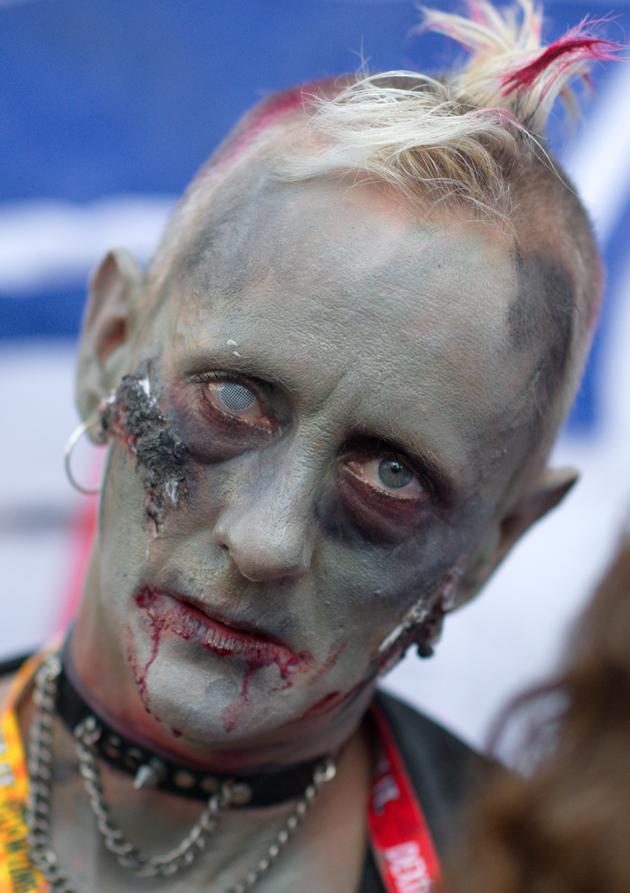 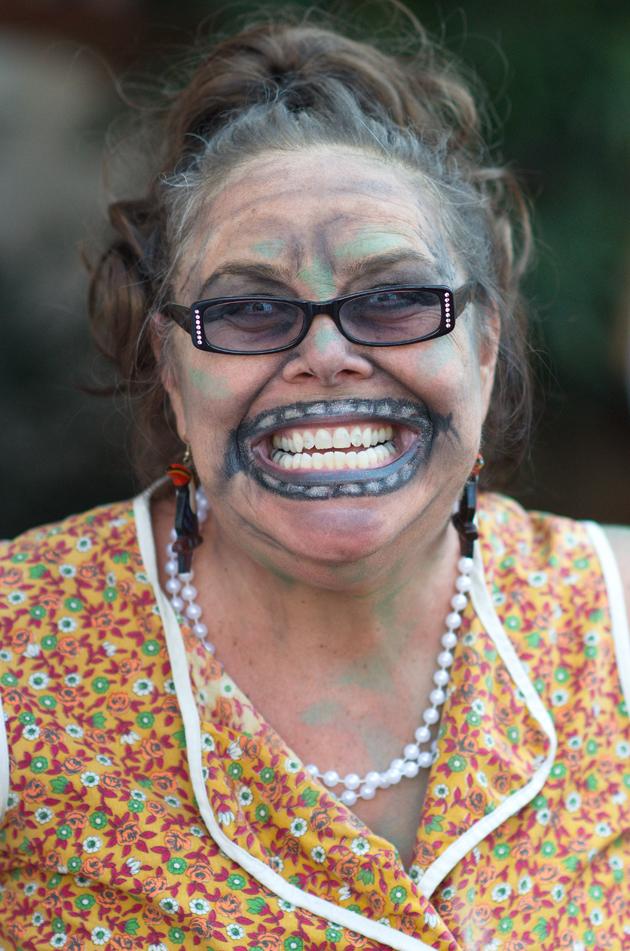 I wonder what the Cleveland St. Pro-Life path-blocker would have to say about this? 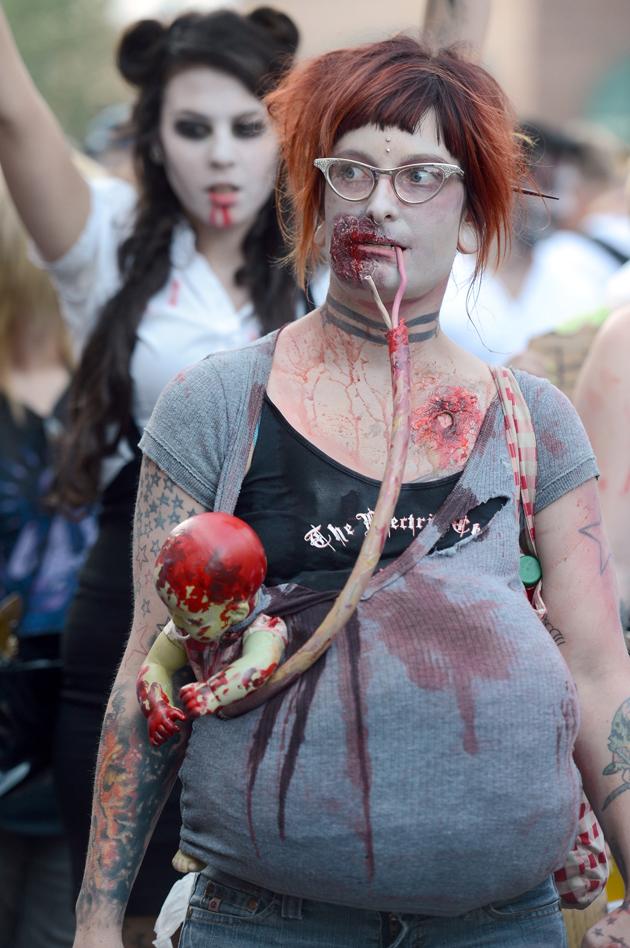 ERMAHGERD someone came dressed as Marissa Cooper’s Mom, Julie. Best costume ever. Told you this was some scurry shit. 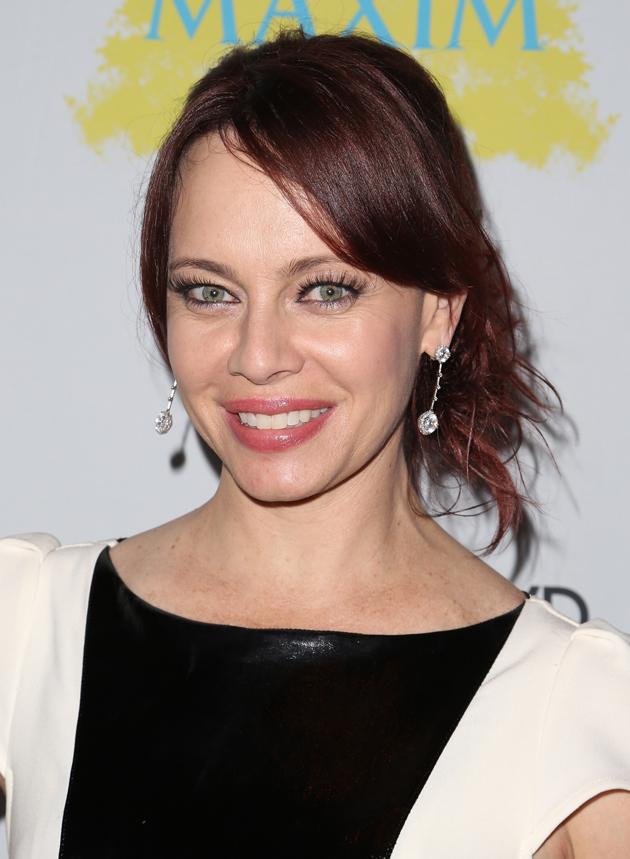