Are The Spice Girls Reuniting To Jam Pack Their Nostrils With Party Powder?

Mere days ago, word got out that the Spice Girls were planning a reunion.

The fivesome iconically split in 1998 when Geri Halliwell decided to bounce, crushing our childhood dreams and shaking our collective belief in world where our lovers needed to get with our friends.

The last time they performed as a group was in 2012 at the London Olympics.

But now Baby, Sporty (the MVP of the group shut up it’s true and u know it), Ginger, Scary and Posh have reportedly signed a deal that could include television in China, a new talent show, a second greatest hits compilation and a variety of endorsement deals, for which they will pocket an eye-watering AUD$18,000,000 each.

Victoria Beckham, who has always been rumoured least keen to reunite, posted this pic to confirm the news:

We’ll be honest for a second. None of us here in the editorial department of PEDESTRIAN.TV noticed it straight up. It wasn’t until our colleague, Group Advertising Manager, Whitney Higginson, slid into our emails, that we realised there was a powdery creature lurking in the background of the picture:

Now, allow us to present the evidence, by way of a series of progressive zoom-ins: 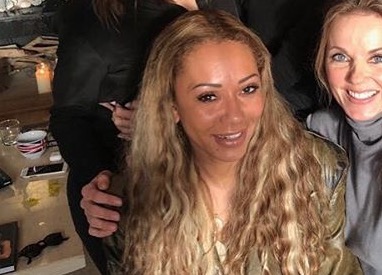 yep that’s mel b, her shoulder grasped by an enthused geri 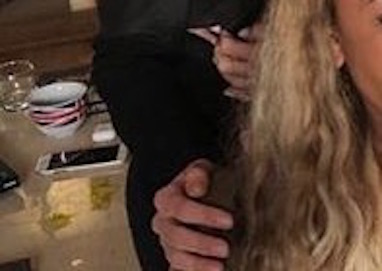 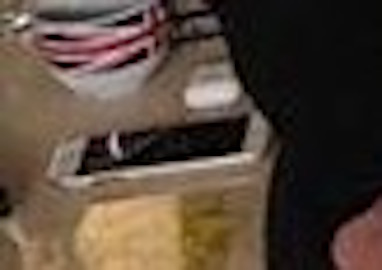 that is UNDENIABLY a sensible sized rail of nosé !!!

UK tabloids were (suspiciously) quick to deny the existence of the booger sugar in the picture, with Metro asserting “it’s obviously a reflection of light on the phone screen.”

“It’s clearly it’s just the way the light has hit the phone’s screen as the snap was taken,” reads the article.

Next they’ll try telling us Spiceworld is flat.

For the sake of science and fair discourse, let’s take stock of the shadows in the picture to discern whether or not it is possible that the line of cocaine isn’t a line of cocaine, and is instead the product of unfortunate angles.

The light is clearly coming from one direction, and that’s in front of the women. There appears to be no light sources behind the women: 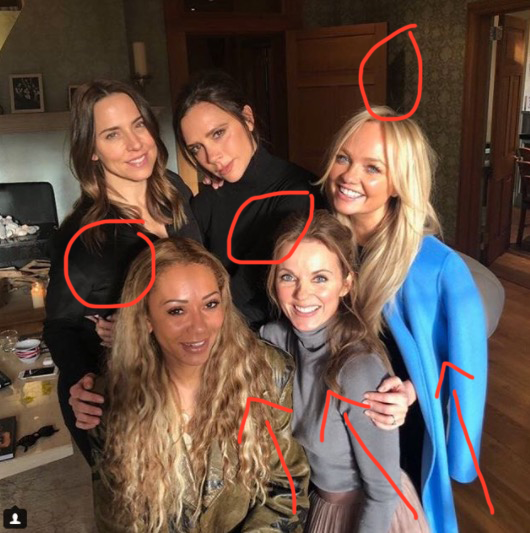 “Also there isn’t a similar reflection in the reflective surface of the table immediately adjacent,” added our talented writer, Ben McLeay.

He went on to swiftly and expertly debunk the great Shadow Myth in our work chat, by way of screenshot:

Our Tech Editor, Matt Hopkins, came to the table with even more damning proof:

There’s no denying Halliwell’s strained smile is the stuff of a certain kind of spice.

Perhaps this is a subliminal message, and a sixth spice girl is going to join the gang? Someone a little edgier… Snorty Spice?

Whatever the case, we hope they Never Give Up On The Goog Times. Even when Two (Lines) Become One. But especially when they really, really, really wanna sniffa sniff, aaaaah.