Sophie Monk – a woman still stranded in Majorca on Love Island – appeared on Nova‘s breakfast show this morning to talk to the most ocker of Australian blokes Fitzy and Wippa, where she ended up admitting to a pretty massive “missed opportunity“: she was offered the role of Heather Graham‘s role of Jade, stripper and escort, in 2009 mega-hit drunken wolfpack romp, The Hangover.

Did you forget there was a period there in the mid ’00s when Soph had moved passed the poison of girl group Bardot to try out her acting chops, which led to her overtly sexual, frankly unforgettable role in 2006 spoof Date Movie?

Yeah so Monk turned down the part in that movie about four dudes going hog-wild at a Vegas stag do,  to instead feature in straight-to-DVD horror flick, The Hills Run Red, a movie Monk herself says “no one ever saw” where she plays the stripper mother of a serial killer called Babyface. The synopsis sounds truly heinous, and I do not recommend you read about it. 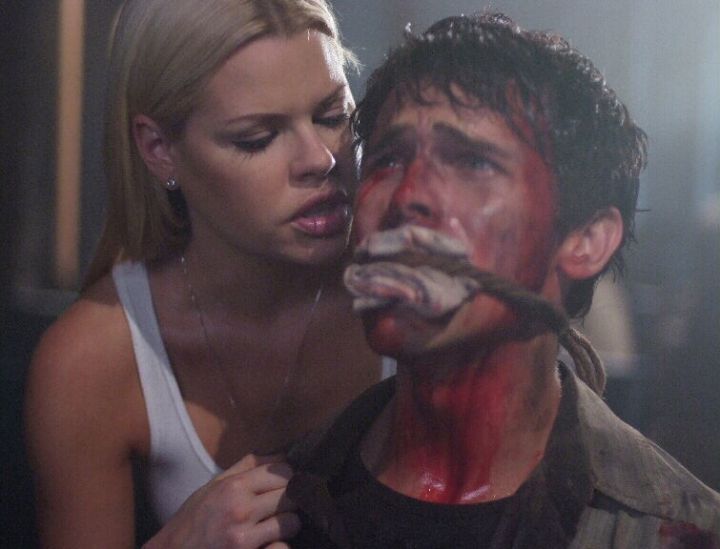 READ MORE
'LOVE ISLAND' RECAP: Dom Is Not Here For Love, He Is Here To Stare Into The Void

As Monk told Misters Fitzgerald and Wipfli: “I was meant to be Heather Graham in The Hangover, but I decided to do this weird movie where I end up sleeping with my father, having a baby with him… It just got weird. It was a horror film. I was like, ‘I smell an Oscar, I smell an Oscar,’ and guess what? I got nothing. I didn’t even get residuals!”

Well she did get something out of it: “[I got] ‘Best Naked Chick in a DVD’. Not even in a film, because it went straight to DVD. I was so proud! It’s still with me today – it’s the only award I’ll ever need.”

Someone give Monk a Logie stat.

But first, allow us a moment to ruminate on the POSSIBILITIES of our gal Sophie Monk in The Hangover: marrying dentist Ed Helms, loving being at the casino, meeting the incredibly handsome Bradley Cooper during the exact period that both of them were single, later ending up on Zach Galifianakis‘ Between Two Ferns… 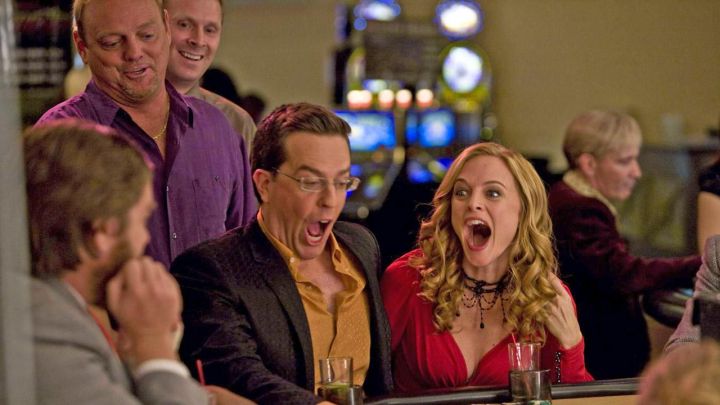 (My photoshop skills are not good enough to try to impose Monk’s head on the above still, but just imagine it with me for a second.)

What was Monk thinking? “I went: This is ridiculous, this script. As if Mike Tyson would come out with this tattoo, and there’s a baby in a closet? This doesn’t even make sense. Makes MUCH more sense to have sex with my dad in a film.“