The almighty beings at Netflix are currently gearing up for its next big fantasy series, Shadow And Bone, based on the wildly popular trilogy by Leigh Bardugo. The series has a massive following around the world, chock-full of people who absolutely froth the Grishaverse. That’s right, there’s an entire universe. So, if you’re wondering what the 411 on the series is, here’s everything you need to know about Netflix’s Shadow And Bone.

What’s the gist of Shadow And Bone?

Based on Leigh Bardugo’s worldwide bestselling novels, Shadow And Bone finds us in a war-torn world where lowly mapmaker and orphan Alina Starkov has just unleashed an extraordinary power that could be the key to setting her country free.

In this world, magic is real and those who can wield it are enlisted to serve in an elite army. These magical soldiers are known as the Grisha.

With the monstrous threat of the Shadow Fold looming, a swatch of unnatural darkness crawling with hellish monsters, Alina is torn from everything she knows to train as part of the Grisha.

Their leader, the Darkling, is convinced Alina is the only one who can put an end to the war.

When does it come out?

In Australia, Shadow And Bone premieres April 23, at 5pm on Netflix. Not long now!

Has Netflix changed the story?

This isn’t a straight adaptation of the trilogy, because Netflix has decided to combine it with Bardugo’s Six Of Crows duology, introducing its characters Kaz Brekker, Inej Ghafa, and Jesper Fahey to the party. These characters are based in the Grishaverse too.

“We’ve taken the stories of Shadow And Bone and the characters of Six Of Crows and we’ve brought them together in what I think will be a really unexpected way,” Bardugo told The Wrap last December.

“Eric [Heisserer, series creator] and our writers’ room and our directors have built something entirely new that still somehow stays true to the characters and to the heart of the stories.”

The timelines have been combined, pretty much, which means characters who didn’t meet in the books will meet in the series.

Has Netflix released a trailer for Shadow And Bone?

Stay tuned for the full trailer.

Who’s in the cast?

Jessie Mei Li stars as Alina Starkov, the main character of the series. Li has previously starred in Last Night In Soho, which is in post-production now.

Archie Renaux plays Malyen Oretsev, or just Mal as he’s known as in the books. Mal is Alina’s best friend, who she has loved since they were children. 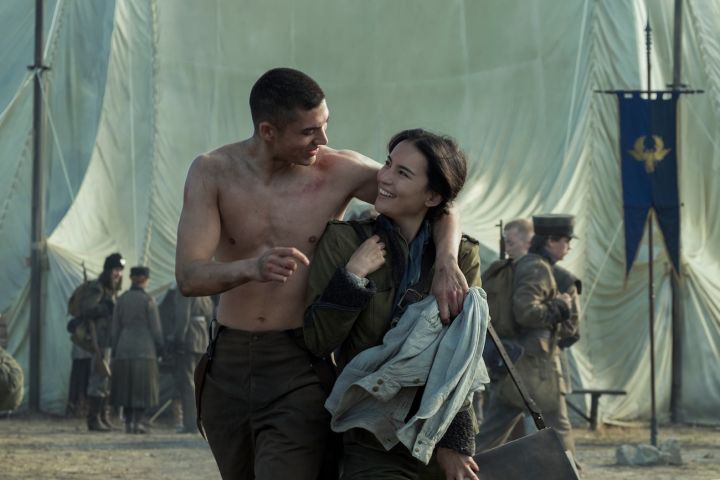 Ben Barnes stars as the Darkling, otherwise known as General Kirigan. He is the mysterious Grisha leader of the Second Army, who can manipulate and summon darkness. Like, literal darkness.

You know Barnes from The Chronicles of Narnia, Westworld, and The Punisher. 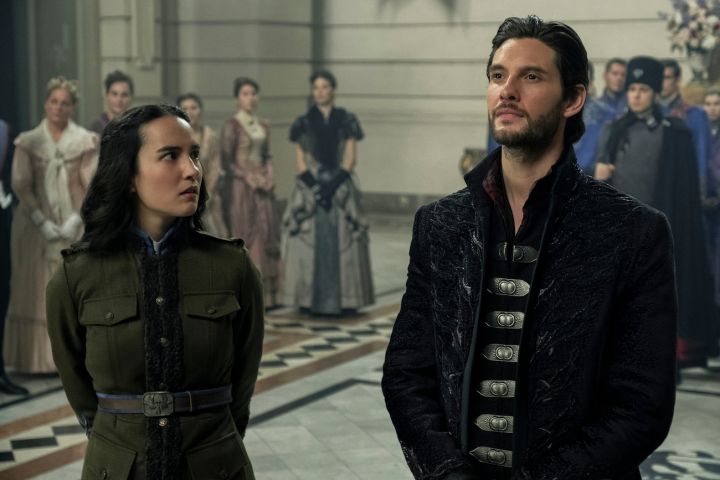 Left to right: Jessie Mei Li as Alina Starkov and Ben Barnes as the Darkling.

everybody been telling me I shouldn’t love the darkling BUT THEN THEY CAST FUCKING BEN BARNES AND NOW I CAN’T NORMALLY FUNCTION pic.twitter.com/O0xT7OTIpp

I have thoughts on this, but that is absolutely a spoiler. Sorry!

If you are wondering why netflix cancelled your favorite show is because they choose to use that money on the darkling’s sexy outfit pic.twitter.com/ljDbEcD5fn

Next up: the holy trinity.

Freddy Carter stars as Kaz Brekker, the quick-witted leader of the crows. Carter has starred in the 2019 Pennyworth series and Free Rein.

Amita Suman plays Inej Ghafa, do not fuck with her. You may know Suman from CW’s The Outpost series. And Kit Young (Endeavour) is Jesper Fahey, the incredibly talented sharpshooter. 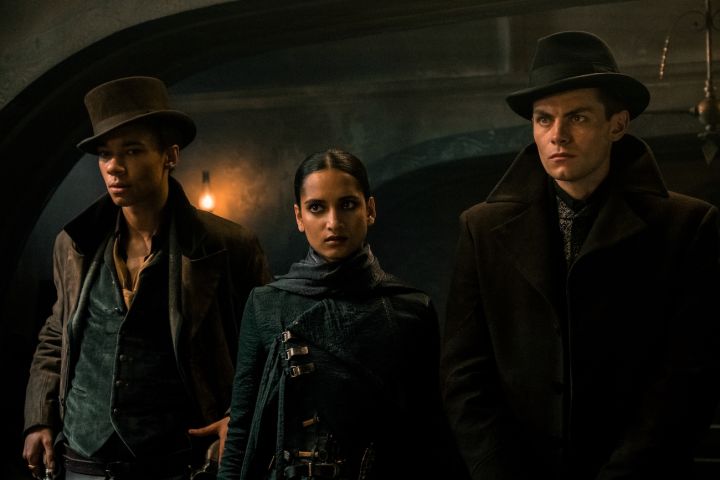 That’s the main cast, but there’s also Zoë Wanamaker (Madam Hooch from Harry Potter!), who stars as Baghra, one of Alina’s teachers.

Will there be a season 2?

Judging from the reaction to the trailer alone – over two million views and counting at the time of writing – I reckon Netflix is going to give fans a second season. Time will tell, I guess.

There’s plenty of content to use anyway, because Shadow and Bone is only the first book in Alina’s story.

What other books are there in Leigh Bardugo’s Grishaverse?

The Shadow And Bone trilogy:

The Six Of Crows duology:

To many, the duology is easily the best of the bunch. True story.

The King Of Scars duology, focusing on Nikolai Lantsov, whose character is introduced in Siege And Storm:

There’s also the companion novel, The Lives of Saints, otherwise known as the Istorii Sankt’ya. Folks, it’s a book from the book. It features tales of saints drawn form the novels and beyond.

And lastly, The Language Of Thorns: Midnight Tales And Dangerous Magic. It’s basically a collection of folk tales from the Grishaverse and each of them are illustrated with art by Sara Kipin.

The books are chill reads, by the way – something you can lose yourself in after a shitty day.

You can suss out the full collection on Bardugo’s website, right here.