More than three months after shocking the world with news that they’d call it quits, Sam Smith has broken his silence on now ex-boyfriend Brandon Flynn.

Speaking to The Times UK, the British crooner had nothing but nice things to say about his actor ex.

“Brandon was wonderful,” the ‘Stay With Me’ singer gushes. “I’m still trying to figure out what I took from that relationship and what it meant to me. It’s still quite raw.”

Back in June an insider close to the situation told Page Six that the pair were very much in love for a while until their busy careers got the better of them.

“Sam and Brandon had a real whirlwind romance. They really fell for each other. But they are both so busy with their careers and unfortunately things just haven’t worked out. Sam is obviously devastated. This is the most significant relationship he has ever had. Thankfully he is on tour across the US at the moment which has been a welcome distraction.”

They started dating in November of last year and had been regular fixtures on each other’s social media from then on until the demise of their relationship.

A few of my favorite things from 2017, as shit as some of it was can't help but see all the good! Hoping 2018 is full of ups and downs as well… saw Call Me By Your Name today and couldn't help myself… "In your place, if there is pain, nurse it, and if there is a flame, don’t snuff it out, don’t be brutal with it. Withdrawal can be a terrible thing when it keeps us awake at night, and watching others forget us sooner than we’d want to be forgotten is no better. We rip out so much of ourselves to be cured of things faster than we should that we go bankrupt by the age of 30 and have less to offer each time we start with someone new. But to feel nothing so as not to feel anything—what a waste!”

Smith went on to say that his lifestyle as a performer is a major hindrance on his love life.

“My life from the outside can seem glamorous, but the reality is that I am on tour every other year and I’m never home, and it’s public,” he said, adding: “I love sending flowers, leaving notes around the house and making thoughtful presents. I feel like I’m in a Richard Curtis film all the time. Which is bad, because I think everything should be like a movie and I get anxiety when it’s not.”

For now, the 26-year-old insists that he will be focusing on himself rather than trying to find new love.

“Right now, the thought of getting into a relationship is too much,” the Grammy and Oscar winner explained. “I just want to marry my job, work really hard and hopefully, when I’m not looking for [love], it will come.” 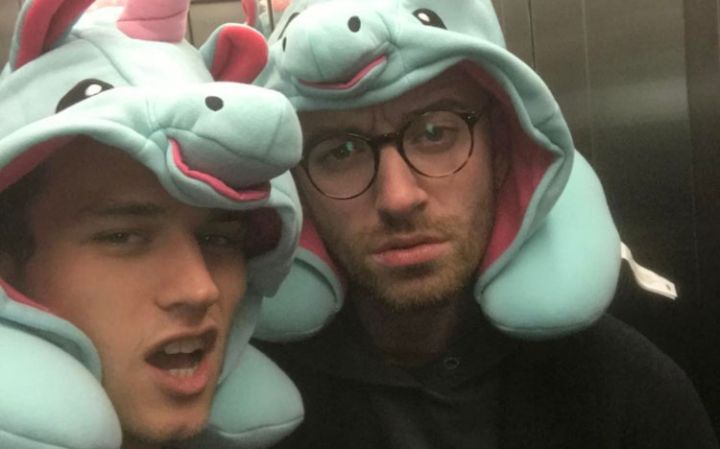