If recent headlines have proven one thing, it’s that Australia is obsessed with rewarding problematic men, in politics, in the media, in real life, and in reality TV. Need further proof other than, again, the gross-ass revelations that have come from parliament? Well how about the fact that there are rumours that human garbage bin Pete Evans and NRL star Sam Burgess, who was recently found guilty of an intimidation charge against his former father-in-law, have been approached for the new season of SAS Australia.

The whole premise of the show is to recruit people who have a troubled past as a way of helping them mend their lives, or whatever, which is why ex Bachelorette Ali Oetjen and the infamous Schapelle Corby were cast in the recent season, but giving a neo-nazi and an alleged abuser a fat paycheck and a national platform is beyond a joke to me.

Based on the first season of the series, the aim of the show will likely show Evans and Burgess in a sympathetic light and aim at helping them repair their reputation and get back in the nation’s goodbooks, which is ironic considering Evans was literally ejected from his book publisher after unapologetically spewing neo-Nazi and anti-vaxxer bullshit on his social media. 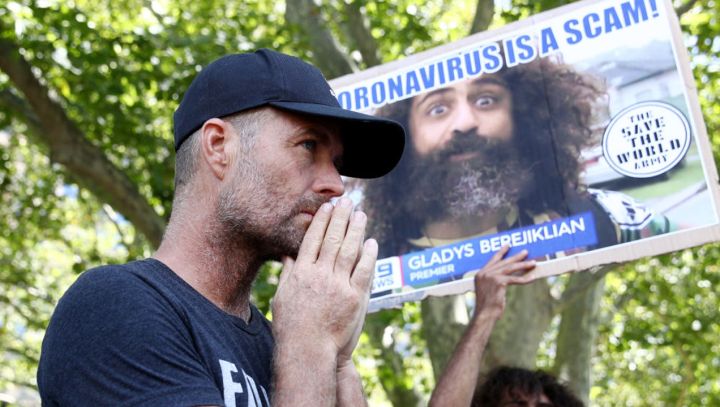 The claims have come via New Idea so, sure, we should take this with a huge grain of salt, but if it’s true, seriously Seven, what the actual fuck?

The publication reports that SAS Australia have offered Sam Burgess a whopping $150,000 deal to join the show, but after his shock arrest, his involvement is now “all in the air,” adding that it’s a “a bit of a ‘watch this space’ situation.”

Yeah, nah, mate. That shit doesn’t fly. It should’ve been an automatic ‘You’re out!’ This probably just means they’re debating whether or not his casting will be controversial in a good way or controversial in a bad (read: boycott) way. It’s all about the ratings, after all.

The insider adds that Sam’s paypacket is the highest of anyone else in this year’s cast, which also reportedly includes Bulldogs forward, Sonny Bill Williams, Olympic champion, Ian Thorpe, Aussie cricketer, Michael Clarke and his ex, Kyly Clarke.

Shoutout to Ten’s I’m A Celebrity… Get Me Out Of Here! for making the solid call to can Pete Evans as a campmate earlier this year after learning of his neo-Naziness, now SAS Australia needs to do the same.