It seems like everyone has had their say on the unlikely pairing of Pete Davidson and Kate Beckinsale except for Davidson himself but he’s finally put his two cents in on what’s going down and ty beb, we’ve all been DYING to know.

The Saturday Night Live star addressed his relationship for the first time on this weekend’s episode of the comedy series.

The topic is introduced with his co-star Colin Jost describing Beckinsale as his “new girlfriend”.

Davidson responded by discussing the 20-year age gap between the pair which has been a topic of much discussion on social media.

“Apparently people have a crazy fascination with our age difference,” replied Davidson. “But it doesn’t really bother us. But then again, I’m new to this.”

Davidson then hilariously listed famous men in May-December romances, most of whom are linked to women at least 20 years younger than them. 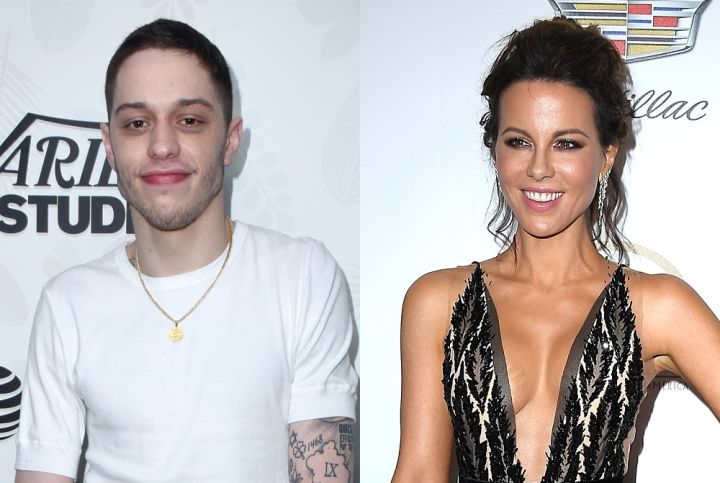 The pair reportedly met at a Golden Globes afterparty last month and reportedly left the event together, via PEOPLE.

Since then, they have been spotted on several occasions holding hands, making out and attending sporting events together which, as we all know, is proof of l-o-v-e.