A groom set to appear on Married At First Sight 2023 is getting his ass handed to him on a silver platter after he felt the need to rack off his oddly specific list of things that women do which he hates.

Jesse Burford, a Perth marriage celebrant and man whom I cannot share my true feelings about lest it be considered libel, shared his lengthy list of turn-offs in a new MAFS 2023 sneak peek that landed in our laps on Wednesday.

“I actually brought a list of all my turn-offs,” he said, whipping out a literal piece of paper. Here we fucking go.

“Addicted to their phone. Motivational quotes. Vanilla. Basic. Boring. Don’t listen. Don’t even let you speak. Star sign chicks. Drama queens. Chicks who pout. Any girl who starts a sentence with ‘honey’, ‘sweetie’ [or] ‘oh my God, babe’. Next, no thank you.”

His final turn-off was “mirror selfies”, which means he would absolutely hate my guts because I go hog wild for my own reflection. Can’t get enough of it, if I’m honest.

A post shared by Married At First Sight (@mafs)

Now look, I get it: it’s normal to find some traits in another human being unattractive. We all do things which our romantic partners won’t be crazy about.

Obviously, I’m not talking about being a sadist who enjoys torturing animals, in which case you can hightail it down to hell with George Pell. But if the person you love leaves a wet towel on the bed, it’s not a deal breaker; we are not picky princes and princesses, like Jerry or Elaine in Seinfeld.

But the turn-offs ol’ mate described were literally just women existing. Don’t we all drop a ‘sweetie’ among friends? Are we not all constantly on our phones because we are, in essence, iPad adults? Isn’t astrological compatibility the first thing one checks when they start seeing someone new? I guess I’ll just go and fuck myself then Jesse, if that’s what you want so badly.

Anyway, enough about me. Folks razzed the bloke in the comments ‘cos of his sheer audacity.

“Lol he ain’t getting anyone! Just listed every type of woman,” one person said.

“You’re never going to meet someone that ticks all the boxes. You need to stop looking for perfection and understand their imperfections,” a third commented.

It’s giving #EatPrayLove but I’m not mad about it.

“God get him off the show already,” said another.

And look, I’m not here to yuck anyone’s fashion-related yums, but this was the mans’ wedding fit. 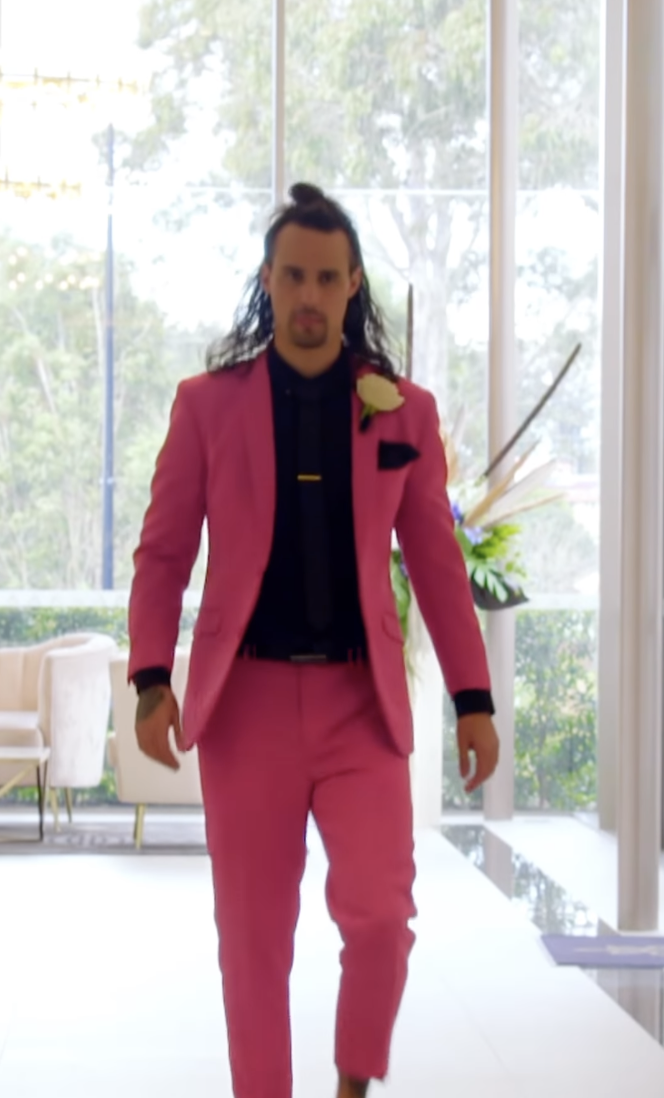 I rest my case.

MAFS 2023 premieres on Channel 9 on January 30. If you’d like to get to know the cast ahead of their big days, we’ve got the tea for you here.