While everyone else was getting spooky on Halloween night, Kendall Jenner decided to kill two birds with one stone and host a massive birthday bash/spookfest extravaganza. I guess I must have missed my invite in the mail or something, but hey, maybe next time?

Although Jenner actually turns 25 on November 3rd, (yes, she really is that young), there’s nothing like hitting up a combo of birthday festivities and Halloween costumes.

Naturally, everyone was covered head to toe in simply expensive-looking costumes, and honestly, the birthday girl had one of the most stunning transformations, turning herself into Pamela Anderson from Barb Wire, but with a political twist.

Sources have told E! that the shindig took place at 1 Hotel in West Hollywood, California. Although that doesn’t mean much to us Aussies, the main thing to take away from this is that the party location was très boujie.

It was also reported that there were 50+ people in attendance, which is fun, because Aussie gatherings are capped at 20 and we don’t currently have upwards of 4000 daily COVID cases. Neat!

Anyway, here are some smoking hot costumes from the spooky birthday soiree.

The Biebers attended as uhhh… fuckboy Woody and a sexy nurse? I have no idea what they’re trying to do but they’re both attractive so I guess it really doesn’t matter.

The Weeknd owned the party with his Nutty Professor outfit, and honestly, I can barely recognise him.

Kylie went as King Cobra, and although it isn’t the most technical costume out, I absolutely dig it.

Saweetie and bf Quavo (from Migos) went as Mystique and Beast from The X-Men, and my god it absolutely slapped. I’d say they won the Kendall Jenner birthday bash.

Winnie Harlow did an absolutely excellent Bride of Frankenstein’s Monster, and we can’t help but stan. 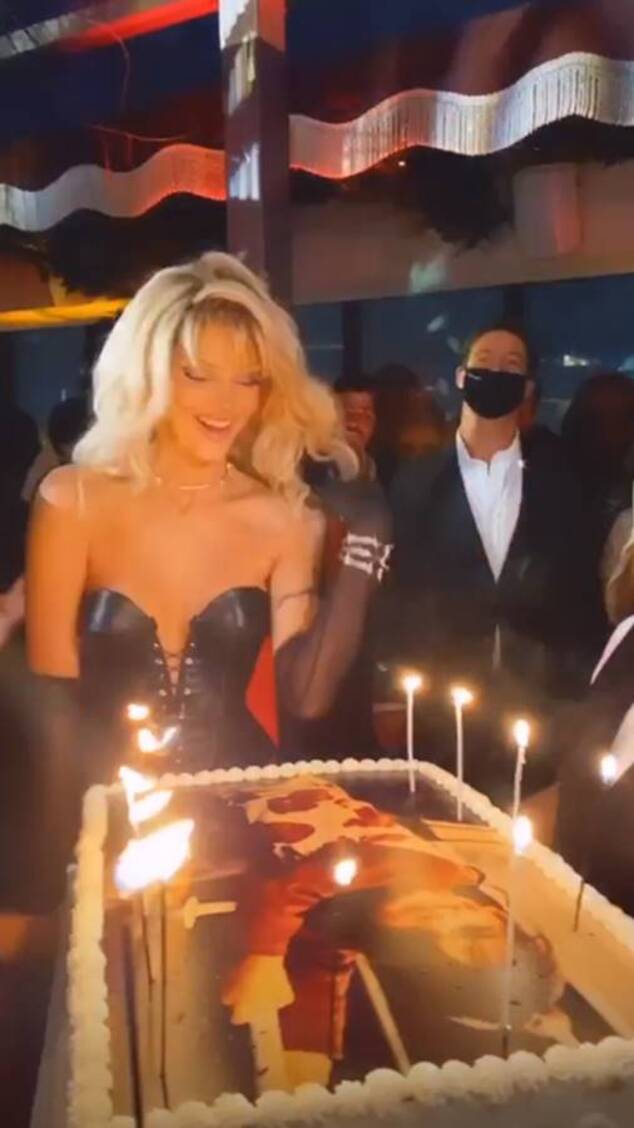 There was also a massive cake with a young Kendall Jenner on it, which is a cute touch.

Also shoutout to that one guy in the background wearing a mask.