The Lion King Ooshie hysteria of 2019 has finally died down, with Woolies replacing the plastic pencil toppers with mini grow-your-own plant pots which have also been wildly successful without the insane “selling on eBay for $10k, cutting Ooshie up on national TV” narrative.

But now department store Kmart has announced a Harry Potter edition of Ooshie-style collectibles and in the words of one Albus Dumbledore, “Dark times lie ahead of us, and there will be a time when we must choose between what is easy and what is right”.

What is easy? Spending 15 bucks a pop on packets of these godforsaken things. What is right? Saving our money. Buying plants instead. Not buying disposable stuff made of plastic. So many things. But I can’t help it, I want them all. And so will the rest of Australia, I fear.

Unlike at Woolworths, these Kmart collectible pencil toppers aren’t free with a purchase of 30 bucks or more, they’re available to buy in a pack of 7 for $15. Each pack has 6 Harry Potter figures and a “hidden figure”, and just like with the Lion King Ooshies there is a very special exciting rare one to collect: Furry Hedwig.

Look at this elusive bastard.

There also seems to be a series of shiny special pencil toppers just like the Gold Simbas. I don’t even know if they’re special, but because they are shiny, I want them. 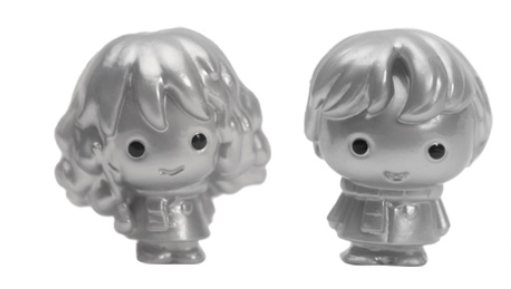 Anyway, you can get your own pack of pencil toppers at Kmart. I’ll just be over here bracing myself for the Furry Hedwig mania to hit Australia / eBay.

READ MORE
Scientists Are Creating An IRL Invisibility Cloak, So Confiscate That Filch You Narc Bitch