Fun fact: Today is national Gossip Girl Day over in the States. Yep, that’s an actual thing. So in honour of this blessed day, here’s a fuckload of gossip from behind-the-scenes of the iconic drama series via tea-spilling Instagram page Deuxmoi.

Earlier this week, a 2017 interview with disgraced actor Armie Hammer resurfaced where he claimed that his time on Gossip Girl way back when was cut short due to on-set drama.

“Let me just say that was a tough show to film and I didn’t end up actually filming all the episodes I was supposed to because it was so tough,” he told Andy Cohen on Watch What Happens Live.

“Oh really? So you were like, ‘Get me out of this?’” Andy Cohen pressed. “It was also like ‘Get him out of here’,” Armie Hammer corrected, insinuating that he had become a problem on-set by the end.

When Andy asked whose love interest he was, he pointed out that he was Blake Lively’s.

“It sounds like she was the problem,” Chelsea said.

“No, no, that’s not what I’m saying,” Armie replied with a smirk and an odd look on his face, adding that his foot is in his mouth.

The resurfacing of the interview prompted a bunch of industry insiders to send in anonymous tips about what the Gossip Girl set was really like.

The reports were pretty much mixed, with some confirming that *certain* members of the cast were total nightmares, while others claimed that they were super friggen’ sweet.

There have been a couple of reports revealing that the reason why Armie was let go from the show was due to an altercation with Blake Lively.

A mate of one of Gossip Girl’s executive producers claimed that Armie called Blake a “bitch” in front of a bunch of people during filming. Fucking yikes.

The source added that although Blake is very “sweet and considerate,” apparently there was “roughly a two-year period in the middle of the show’s run, after she became a ‘fashion muse’ for Lagerfeld” where she was being “periodically difficult.”

The main “problem child”, however, was actress-turned-singer Taylor Momsen who “acted much worse than anything I’ve reported.” 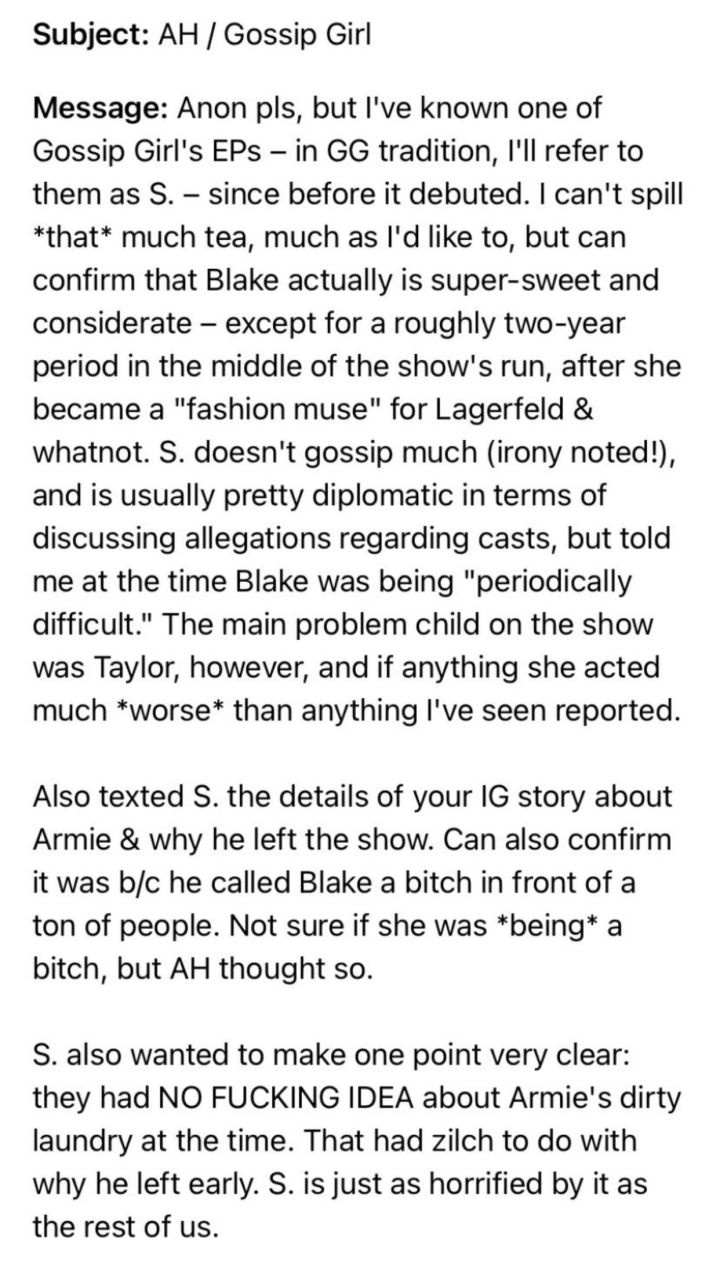 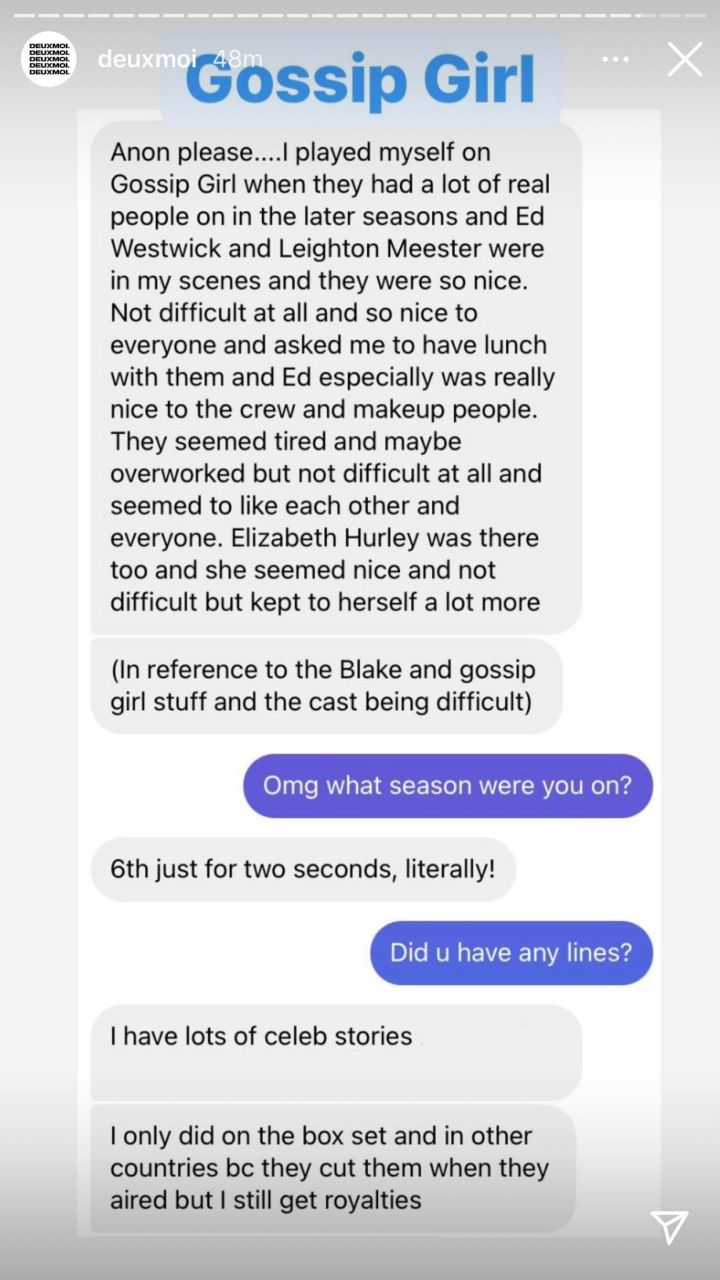 The same source added that Leighton Meester (who played Blair Waldorf) is “fucking awesome,” “massively fun” and the exact opposite of her snobby character.

However, they added that Leighton and her husband Adam Brody (Seth from The O.C.) may be a tad jealous of their former co-stars’ success. 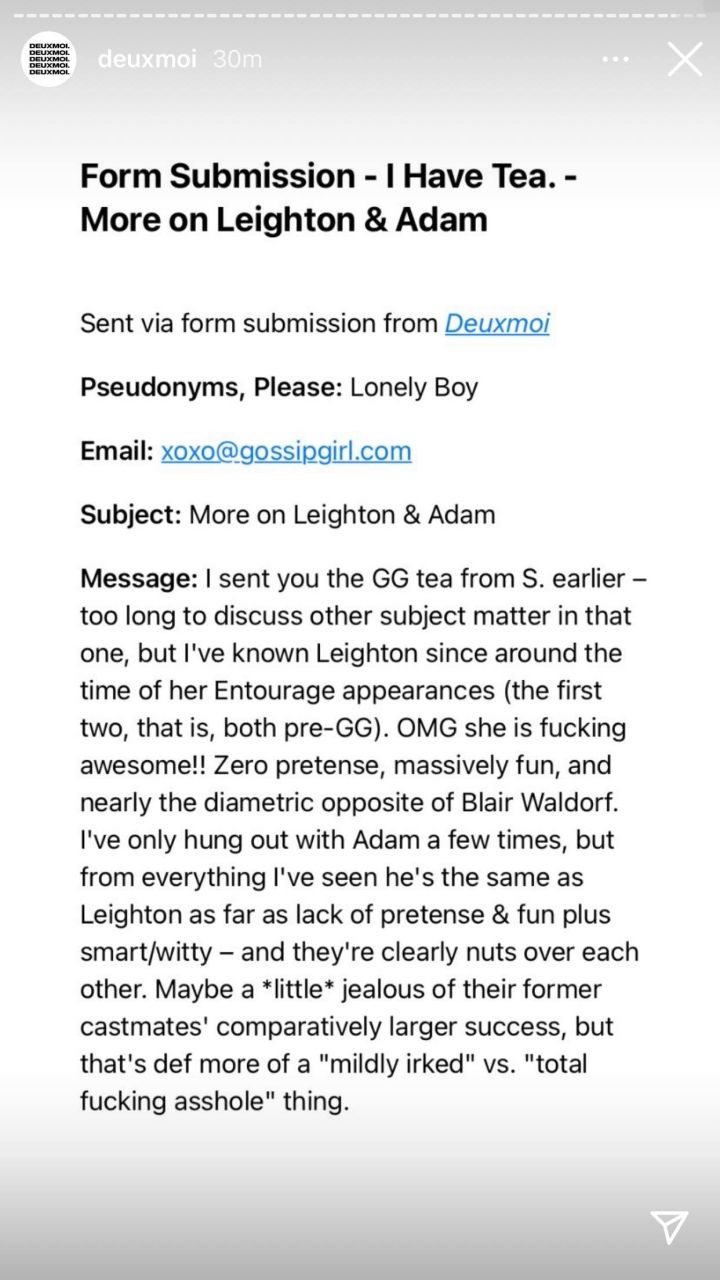 And that’s pretty much the only negative stuff we’ve seen, everything else has praised the cast as kind and professional individuals. 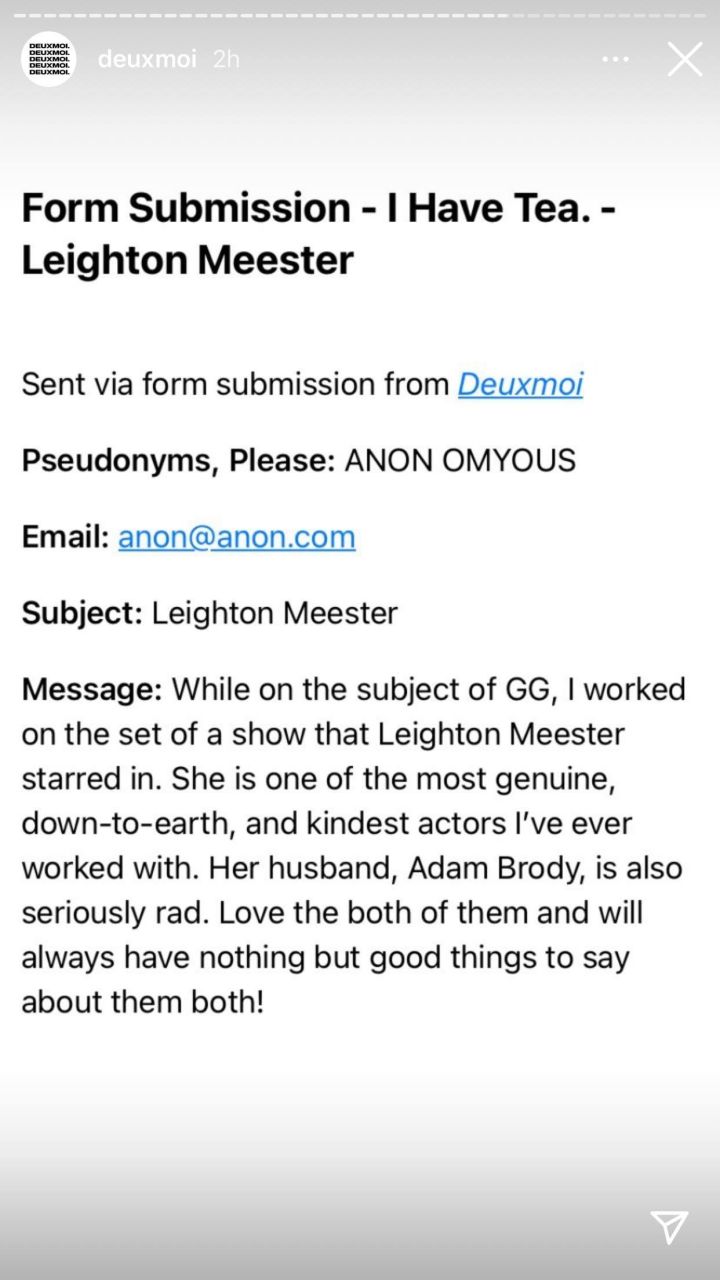 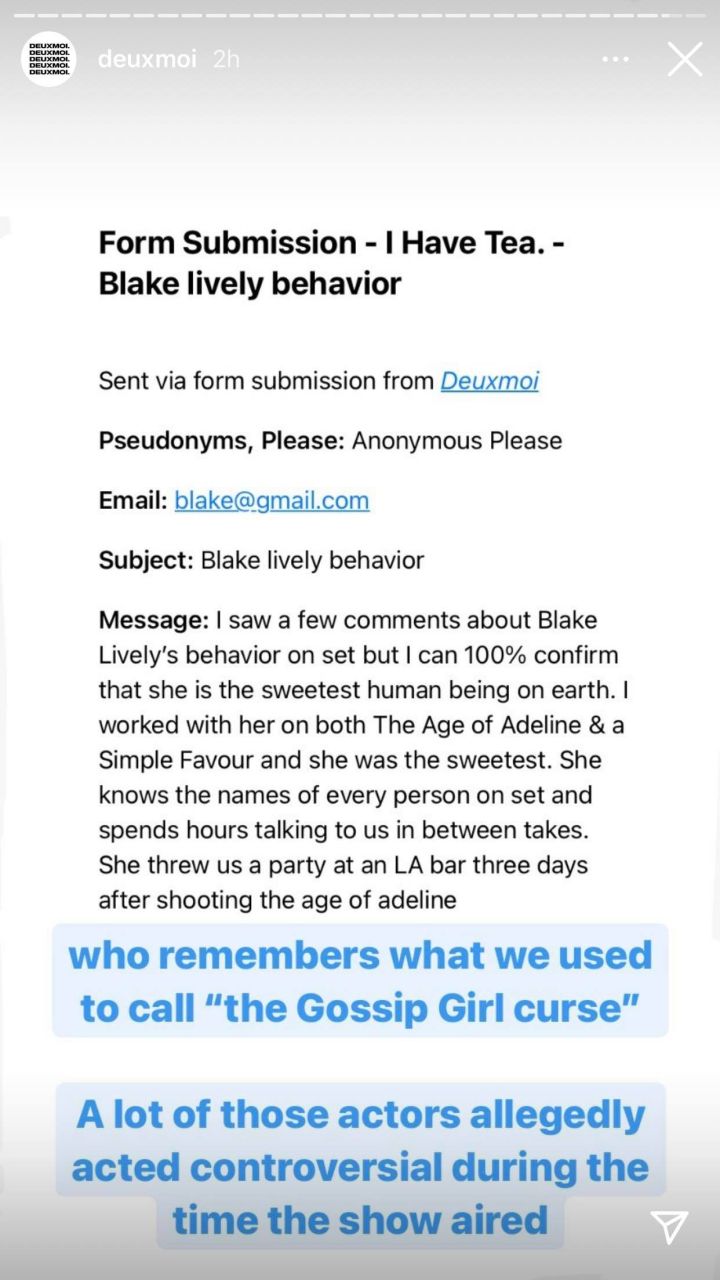