The new character is named Aaron Fischer and he’s the first LGBTQIA+ person to wield the iconic Captain America shield in the comic’s 80-year history.

Known as ‘Captain America of the Railways’, writer Joshya Trujillo described the character in a statement: “Aaron is inspired by heroes of the queer community: activists, leaders, and everyday folks pushing for a better life.” 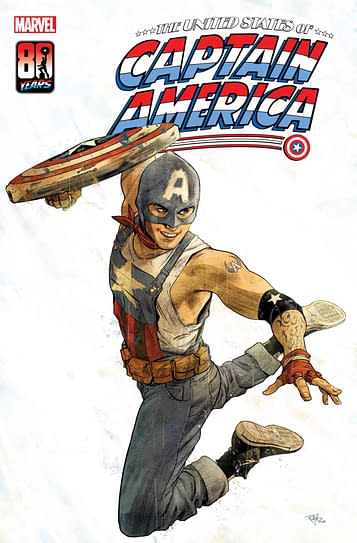 “He stands for the oppressed and the forgotten. I hope his debut story resonates with readers and helps inspire the next generation of heroes,” he added.

It comes as part of Marvel’s push to include more diversity in their comics. It was recently revealed that Peter Quill / Star-Lord (played in the Guardians of the Galaxy films by Christ Pratt) is bisexual. 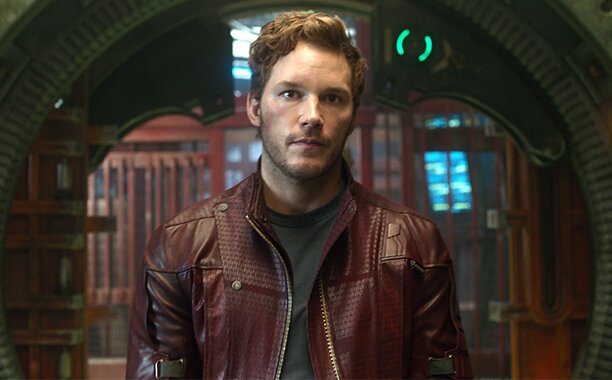 Chris Pratt as Star-Lord in the Guardians of the Galaxy films.

In the comic, Quill is sent to another universe where he meets the humanoid aliens Aradia and Mors (FYI humanoid aliens are aliens that look like humans, kinda like Gamora). After a year of travelling, Aradia and Mors basically ask Quill to enter a polyamorous relationship with them and he declines ‘cos he’s still in search of his beloved GF, Gamora.

Then there’s a 12 year time-jump where we see that Quill has given up the search for Gamora (fucking ouch) and has instead embraced Aradia and Mors. In one scene, Quill says: “It’s been over a decade. Time to accept the truth… Morinus is my home. You’re my home.”

Mors says, “the you-that-was is over” and that Quill is ready to learn their ways.

As you’ll see from the comic strip below, one of the two aliens getting ~cozy~ with Quill has a male form, while the other appears female, which is why folks reckon he’s bisexual. 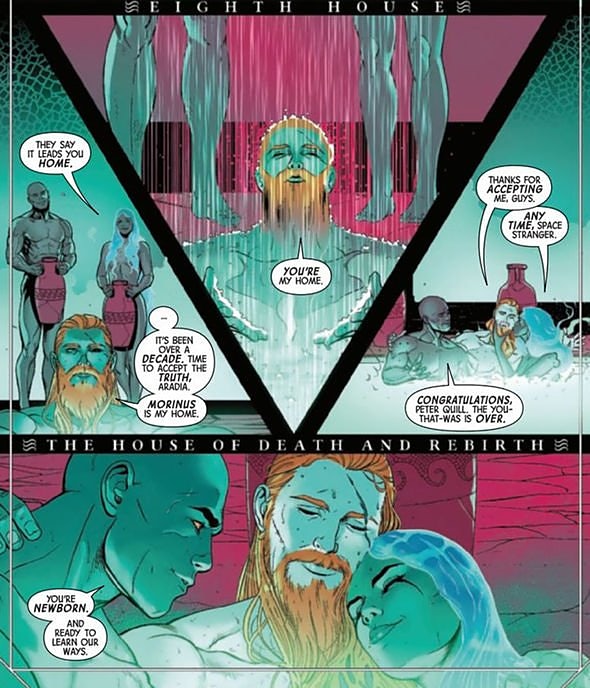 First Star-Lord, now Captain America? We love to see it!