Need To Spice Up Your Work Lunch? This Chip Sanga Recipe Should Do The Trick

PEDESTRIAN.TV has partnered with Smith's Chips to celebrate the launch of their Street Eats flavours. Check out the best recipes entered in the Chippie Sanga Challenge.

If your favourite type of food is Mexican, you’re not alone (but you are basic as hell). If you also happen to have a soft spot for chips, then m8, are you in luck.

As part of the Chippie Sanga Challenge, a competition that inspired people to make their own sangas using Smith’s Street Eats flavoured chips, a burrito enthusiast by the name of Michael Quinn submitted his own recipe for a Burrito Sanga. Basically, a chip and bread take on the traditional Mexican burrito.

Take a gander at it below: 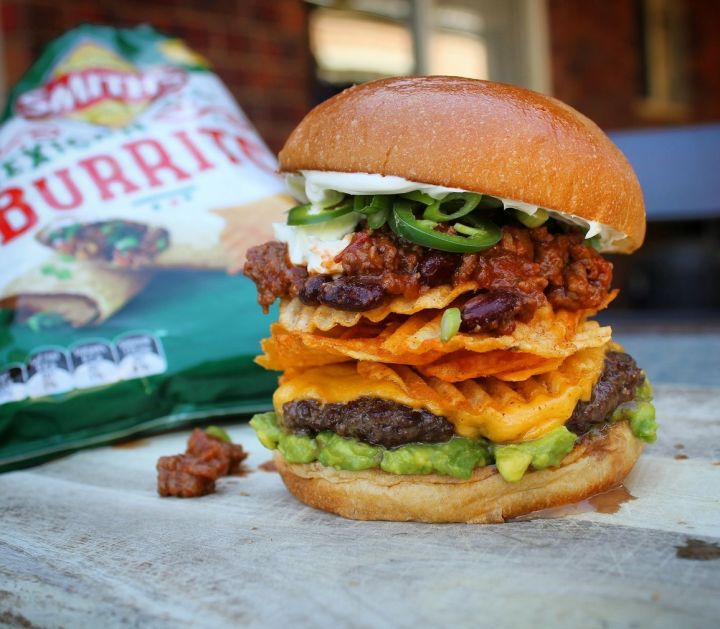 To construct this monster of a sanga, Michael threw together almost every ingredient under the sun:

Holy. Mother. Of. God. While people might get all up in arms about the sanga not being an ~authentic~ Mexican burrito (I mean clearly, it’s a sanga), it still looks like one tasty feed nonetheless. Play on, Michael.

Meanwhile, If you missed out on this comp and still want a slice of the action, Smith’s are still running their own competition over on their site which could land you a cool $20,000 trip to enjoy street food in the country of your choice, or $200 daily cash prizes. Try your luck here.