Marvel‘s upcoming Spider-Man game made quite a splash at E3 last year, but details about its release have been scarce up until now.

Developers, Insomniac, announced today that the game will be out for PlayStation 4 on the 7th of September, along with some details on the Collector’s Edition, DLC content, and box art.

In terms of DLC, it’ll come in a three-part campaign under the name Marvel’s Spider-Man: The City That Never Sleeps. Details on that are a little thin, but we do know it’ll have “new missions, new villains and characters, and additional suits for Spider-Man”. 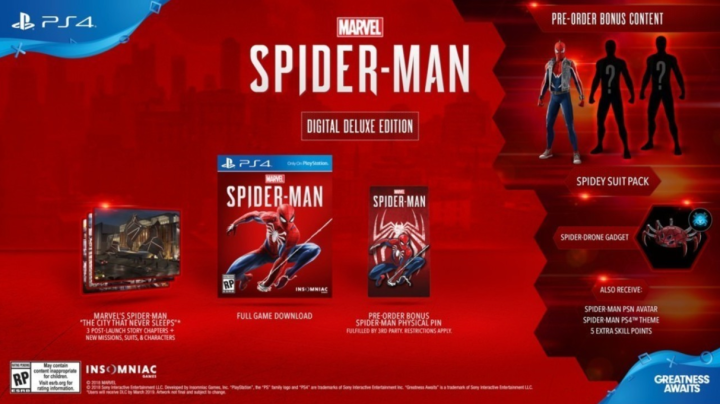 The Collector’s Edition comes with a Steelbook case, mini artbook, some stickers, and a statue of old mate Spider-Man hanging out on something that hasn’t been revealed yet. You also get some bonuses for pre-ordering the PS4 exclusive. 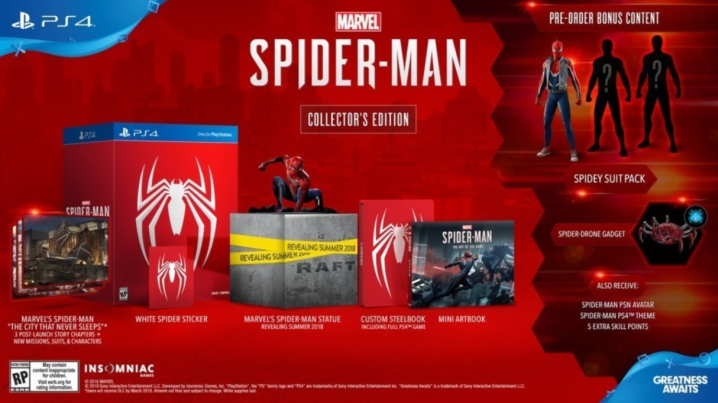 I got to see the game in action at last year’s E3 and from what I saw, it looks like a heap of fun to play, and that’s coming from someone who finds superhero games hard to get into. We hope to see a lot more of the title when we head on over to LA again this year.

Until then, you can check out the game’s trailer below.