Before I’m put on an ASIO watch list for writing that headline, I just want to make it clear that I’d never smash a Neopet, or any other 2D beast for that matter. But it’s high time we recognised that some Neopets could get it.

However, I would also argue we are, as Eric Andre once said, merely making controversial yet brave statements. Show me one person who wouldn’t wag their tail at Gelert. That’s right, you can’t, because he’s hot as fuck.

But Neopia is a fickle place; it’s not ruled by hotties, such as himbo king Lupe and nepotism baby Blumaroo. Obviously there are fuggos around town and their presence must be recognised. Moehog, I’m looking at you.

On that note, let’s proceed with ranking how hot Neopets are from “get away from me or I’ll pepper spray you” to “grab the collar and the leash”. 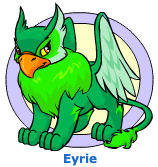 The smouldering stare. The ‘yuge paws. The voluminous plumage. The erect wings. I don’t know what it is, but there’s something about a lion and bird hybrid that drives me wild.

If he were a human man, he would play AFL and consider Bailey Smith a close mate.

Would I convert to furryism for him? Absolutely. 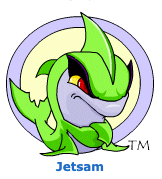 Jetsam has auditioned for Love Island Australia. He’s a serial shagger from way back and has been banned from Tinder for being a foul sex pest.

He also looks like he doesn’t use olive oil when cooking and refuses to wear a condom because his dick is “too big for them”.

Would I convert to furryism for him? No, I would not. Back into the ocean you go, Jetsam! 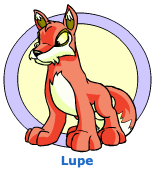 I don’t even need a preamble for this one. Obviously every single person in the world would covert to furryism for Lupe because he is strong and handsome with thick paws. He’s giving himbo.

Would I convert to furryism for him? Is the Pope catholic? 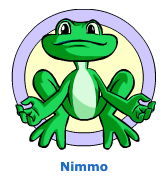 I hate this zen-looking fuck with his smug smile and hypermobile hips. There is a darkness brewing behind those eyes.

You just know if you went out with Nimmo he would talk at you for 57 minutes and wouldn’t let you get two words in. He’d also want to go to the beach for your first date which, look, is risky. Not all of us are hot beach bunnies with hair which dries perfectly after going for a dip and skin that doesn’t require concealer.

Would I convert to furryism for him? No, I would literally feed him to an ibis. 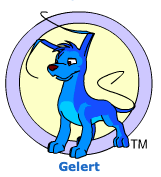 Gelert was the Neopet which kicked off this entire hotness ranking business. He simply has no business being so handsome.

He’s the Liam Hemsworth of Neopia and I would start Holy War for him.

Would I convert to furryism for him? Yes, I am already on all fours. I am investigating how I can lengthen my ears for him as we speak. 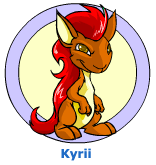 I hate this MF. He absolutely cyber bullied a girl from high school into developing an eating disorder because he kept sending her anonymous messages on Tumblr. He would suck Elon Musk‘s dick if he could.

He’s cunning and evil and for that, he will never meet my furry side.

Would I convert to furryism for him? No, I’m already medicated enough as it is. 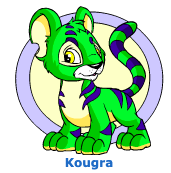 OK, this is going to be a controversial one but I would not become a furry for Kougra.

Yes, he has the stereotypical hot features — big eyes, muscular paws and a goofy little tuft of hair up top. One would think he’s in the same ballpark as Lupe but he is not.

Kougra is a soft boy who’s hiding something. He will kiss your head for months, text you at every single minute of every single day and tell you, “my mum would adore you,” yet will refuse to commit to a relationship.

“I’m not looking for anything serious,” he says as he sets up a WFH station at your house, so he can spend more time with you.

“I’m just not ready for a partner.”

Go and shine your Dr Martens 1461s and roll up your op shop jeans, Kougra. Get out of my sight.

Would I convert to furryism for him? No, he would give me chlamydia. 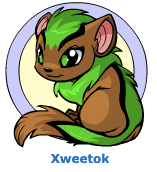 Oh my God, Xweetok was a sexual awakening. Tell me she isn’t a techno DJ who lives in Fitzroy and can somehow afford shitloads of Issey Miyake.

I would do anything for her. She’s an icon, she’s the moment, she is Xweetok.

Would I convert to furryism for her? Just say the word baby and I’ll be there. 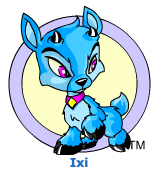 I’ve been an Ixi stan since day dot. She kinda has a gamine vibe that I’m into, much like Michelle Williams or ’90s Gwyneth Paltrow before she went all Goop on our asses.

Always a bisexual legend, she cried when Paul Mescal and Phoebe Bridgers got engaged. She works at ALPHA60 and adores a no sulphite orange, which I’m guessing Neopets drink.

Would I convert to furryism for her? Yes. She’d probably want to get a negroni sbagliato together à la Emma D’Arcy. 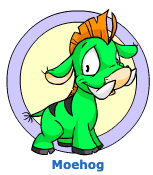 Look, no disrespect to Moehog but I wouldn’t let him go hog wild on me.

He looks like he smelled like beef as a 12-year-old. He also would’ve stuck his finger in the electric pencil sharpener for attention and been inexplicably sweaty.

Would I convert to furryism for him? As much as I would love to go full furry for someone with “Hog” in his name, it’s a no from me. Back to playing League of Legends, Mr Hog. 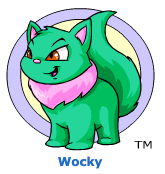 As a cat lover I have a love-hate relationship with Wocky. On the one hand, her perfectly arched eyebrow and fluffy tail make me lose my mind. She’s got an undeniable star quality, a certain je ne sais quoi.

However, I also can’t help but think she was the most cruel and sadistic bully in high school and is now a nurse. She probably got an Audi for her 18th birthday and lorded it over the other Neopets.

Would I convert to furryism for her? Yes, but I would hate myself afterwards. 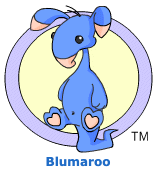 Blumaroo is a dark horse. I never thought about him in a sexual way until I told a friend I was writing this story and she said: “Blumaroo is for those who prefer an Adrien Brody type.”

And you know what? She’s right. He’d go off like milk in a Wes Anderson film with that gigantic schnoz and those adorable heart-shaped paws.

It honestly wouldn’t surprise me to hear he’s related to Sofia Coppola. He’s giving nepotism baby, but I’m not mad about it.

Would I convert to furryism for him? Yes. Yes I would. I wouldn’t hesitate to give that nose a squeeze.