Serial genius and potential saviour of the entire planet, Elon Musk, is no stranger to big ideas. He’s the founder and CEO of companies like Tesla, makers of a legitimately good electric cars and SpaceX, who are pioneering space travel on the cheap.

But what you might not know about Musk is that he also has a non-profit artificial intelligence company called OpenAI, which aims to “advance digital intelligence in the way that is most likely to benefit humanity as a whole, unconstrained by a need to generate financial return.” He is a deadset SAINT and humanity does not deserve him.

Enough of our gushing over Elon, let’s talk instead about the cool shit he’s got in store for artificial intelligence. Using a stupidly powerful supercomputer supplied by graphics hardware company, Nvidia, Musk’s company plans to use it to teach AI how to speak. Specifically, he wants to use Reddit to do it. 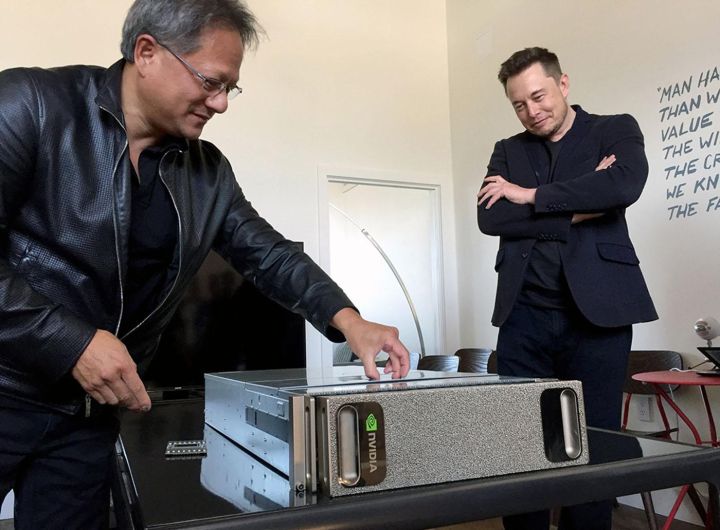 The supercomputer – which packs ridiculous 170 teraflops of computing power and cost $2 billion to develop – will be fed the entire 2 billion comments on the Reddit website to help the AI learn to speak. The process will take only months due to the immense power at OpenAI’s disposal.

“You can take a large amount of data that would help people talk to each other on the internet, and you can train, basically, a chatbot, but you can do it in a way that the computer learns how language works and how people interact,” says OpenAI researcher, Andrej Karpathy.

Just think, that pointless Reddit argument you had with TacoGuy69 about which Call of Duty game is the best will be used to train the robots that will inevitably lead to humanities downfall. You monster.