Well, at the very least, someone now has a gig printing anti-Trump pins after his “nasty woman” comment at today’s third and final Presidential Debate.

ICYMI, before the Republican nominee freaked us all the hell out with his noncommittal take on a peaceful concession, Trump said that his Democratic opponent Hillary Clinton is “such a nasty woman.”

Calling Hillary Clinton a ‘nasty woman’ is the opposite of respect pic.twitter.com/o2ORtLo59m

It turned out to be one of the most significant portions of the debate, and supporters of Clinton’s campaign – and even people who simply are fed up of wearing demeaning labels for the crime of having opinions – co-opted the saying for their own ends.

RT If you’re proud to be a #nastywoman (translates to: strong, independent, intelligent woman who takes no crap from nobody!) ???? #Debate

You know what a #NastyWoman is good at? Voting. #debate pic.twitter.com/T4DDbNC8cY

Now, only a few hours after those words dribbled off Trump’s lips, the saying has found its way onto merchandise. I’m With Nasty is apparently your one-stop-shop for gear bearing what may just be the anti-“grab ’em by the pussy” of this utterly horrific election cycle. 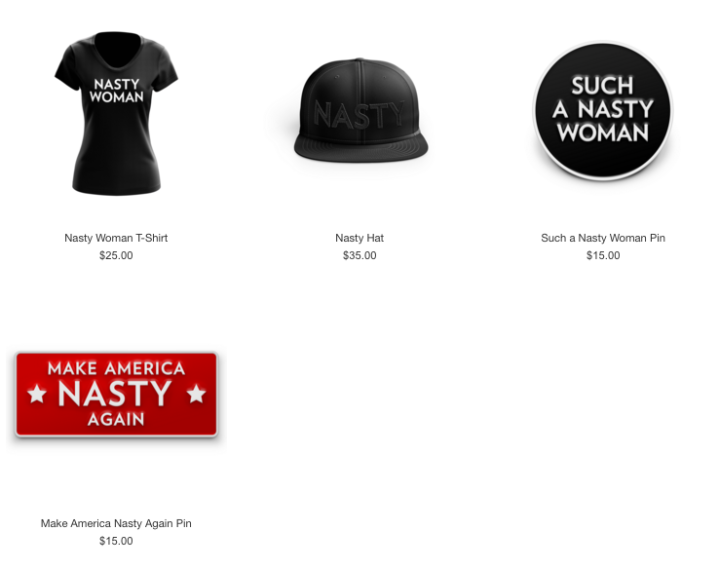 Look, bold prediction, but we reckon that hat in particular is gonna do numbers. 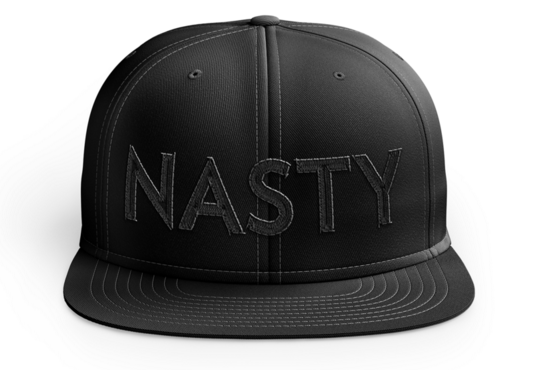 The site claims 50% of all profits will be donated to Clinton’s campaign, which doesn’t exactly come as a surprise: it seems unlikely such a set-up could emerge so quickly without some kind of backing from her well-oiled political machine.

Here’s what Clinton actually had to say on the matter:

Hillary Clinton, asked how she felt being called a nasty woman, says, “I just didn’t pay any attention to that.” https://t.co/ZLADq3tNaY

If the merch picks up in the way we reckon it will, we doubt she’ll have to say much else at all.