It seems like zero good has come from Pauline Hanson’s return to the limelight: she’s inflammatory, bigoted and wildly under-equipped to wield political power. But we do have one thing – the “Pauline Hanson“.

Way nicer than the thing it’s named after, Melbourne bar Belleville has created a fish and chip shop / HSP fusion poutine that is probably the best way to eat away your feelings about Australia inexplicably voting in a straight up racist.

It’s lamb kebab meat (hopefully halal), mint yoghurt, chilli sauce, cheese and beer battered chips and even if it wasn’t delicious you could take solace in the fact that it would on some level infuriate the notoriously humourless Hanson. As she told Sam Dastyari during Channel 7’s election broadcast, she is really not a fan of the halal snack pack. 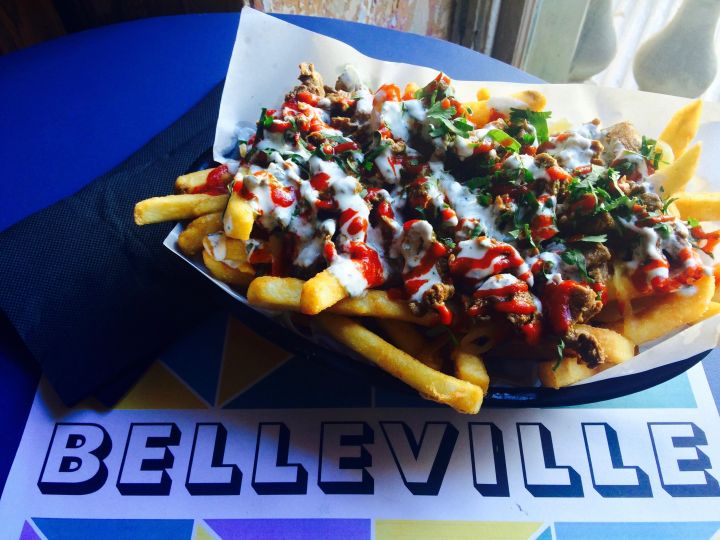 Belleville did not mince words about their reasons for creating the dish:

“Fuck Pauline Hanson. We believe Australia should be a multi-cultural society which is welcoming of everyone regardless of race, religion, and whether they’re a ginger. We don’t tolerate intolerance. Also we love meat on chips.”

Belleville is in Globe Alley just off Little Bourke Street, and if you’re not angry enough at her to warrant going out of your way for a food made specifically to spite her, maybe watch her disastrous appearance on ‘Q&A‘.