In today’s round of Chain Stores Inadvertently Stocking Insensitive Items, budget fashion mecca H&M have been put in the line of fire after receiving complaints about one of their accessories stocked in their Canadian stores.

A bright headdress was the offender in question, a cheap accessory released as part of the chain’s H&M Loves Music range. What must have seen like some tacky, harmless feathers taped to a band—that is actually quite hideous, but would be undoubtedly sported by festival goers in fashion-victim abandon—has been labelled as culturally insensitive and “offensive” in relation to its appropriation of Canadian Aboriginal tradition.

A complaint was initially fired off by Kim Wheeler, an Ojibwa-Mohawk from Winnipeg, Manitoba, recalling to The Daily Mail that her first instinct upon seeing the headdress was to “throw them in the garbage” and that, much like the recent trend of girls wearing bindis without a hint of cultural awareness, or people unawarely exploiting mexican culture by dressing up in the sacred Día de los Muertos garb, the headdress still retains cultural significance, not to be cheapened to $15 around the country: “Headdresses are worn by chiefs in some of our communities … It is a symbol of respect and honor and should not be for sale as some sort of cute accessory… People in my community have kind of been fighting that whole ‘hipster headdressing’ for a while now,” said Kim Wheeler.

H&M has since apologised and pulled the accessory from their entire inventory across Canada. It’s great news, because it represents a victory for stamping out ignorant insensitivity, and also because H&M’s version of a striking, intricate and traditional accessory is just straight up ugly: 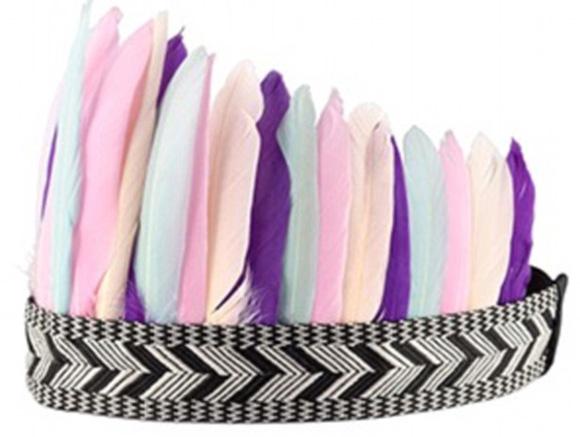 Via The Daily Mail.