How often have you rocked up to the doctors with what you assumed was a life-threatening sore throat, only to have the doc roll his eyes and tell you to swallow a spoonful of cement? If you’re a borderline hypochondriac like me, almost weekly.

Some doctors seem to have an uncanny ability to care profusely about your welfare, while at the same time not giving two shits about your ~dodgy~ knee that you’ve been struggling with for 3 hours.

Roger Logan, a bloke from Mississippi, found out the hard way about the indifference of doctors. What started as an ingrown hair grew into a benign tumour the size of a small adult, and for 15 years Roger had a 150 pound tumour (58kg) residing on his abdomen which many doctors discounted as “just fat”.

Roger reckons that he was practically confined to a chair in a room he rarely left. Explaining his daily struggles, he said it was akin to “Putting a strap around you and carrying three bags of cement around you all day long, just swinging.”

While researching his condition, Roger ended up at a hospital in California and was put into the capable hands of Dr. Vipul Dev. Having worked on other patients with similar conditions, Dev was able to successfully diagnose and operate on the tumour.

Understandably, Roger’s absolutely stoked that the surgery went well and is currently recovering in hospital after his mammoth surgery. 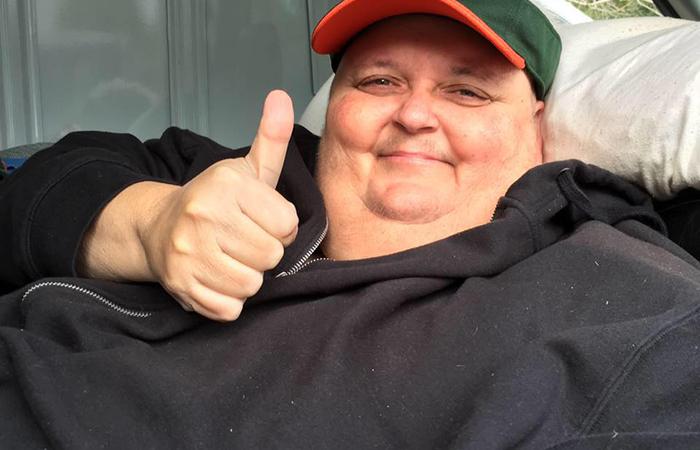 However, he still has one thing he wants to take care of while in Cali: “I’m waiting on the tacos.”