Grab that fluorescent jersey outta your cupboard, slip into your cleanliest jock-strap and drink a cup of concrete, because the HSBC Sydney 7s series is on its way to ‘Straya, mates. PEDESTRIAN.TV is partnering with the Australian Rugby Union to give your inner Rugby-nut a sneaky look at the boys’ summer training regime ahead of the clashes. Sydney’s Allianz Stadium will host the 45 matches played over the 6th and 7th of February; head to the HSBC Sydney 7s’ website HERE to book your tickets.

There aren’t many sports robuster than Rugby Sevens.

With only seven players per side (as opposed to the 15-player set up of traditional rugby), seven minutes per half, and two minute breaks in between… It’s a fast as feck game that demands its players be in their #cleanest and #meanest form.

We had a yarn with the Sydney 7s team captain and straight-up massive unit, Ed Jenkins, as well as the team’s Sports Dietician, Peta Carige, about how the boys are #shreddingforsydney7s, and how we can adopt a few of these techniques to help banish our public holiday blowout bods.

… because let’s face it, you probably over-indulged on food/booze this ‘Straya day just gone.

As depressing as the follow information may be to your FreakShake-loving ears, take a deep breath in, and remember what’s important here: trying to get a rig an eighth-as-fucking-impressive as these boys: 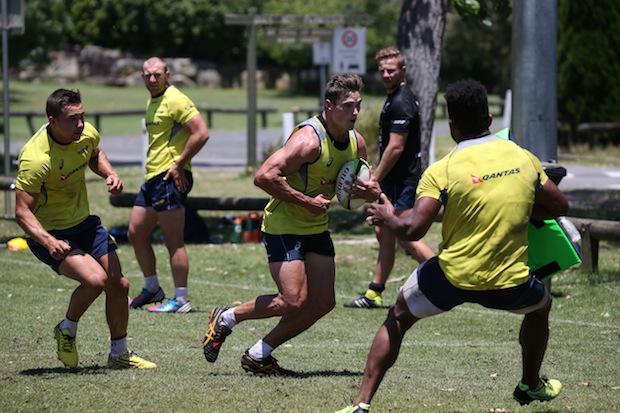 We start by posing a ‘hypothetical’ question to Peta.

Let’s say… a friend of a friend binged their dick off over the holiday break; the classic drank a million coldies and smoked more durries than heroic national icon Ciggy Butt Brain himself.

What’s the first thing they should do to get back on track?

“The best thing to do, and I know it sound boring (no one actually does it), is to make sure you’re getting your eight glasses of water a day, at a minimum, to wash out all the bad stuff,” Peta tells us.

Ed says he drinks at least three litres while training on field. “On a training days, [the boys] can lose up to 2kg a session, through perspiration. Some of the guys lose 3 – 4kgs.”

2. Get some vegetables up ya.

The typical day-on-a-plate for a Sydney 7s player sounds a little like this:

A big arse breakfast, including eggs, toast and avocado. “Some of the guys make big breakfast smoothies, with oats, fruits, milk and yogurt,” Peta says. If they’re training early, they’ll cop a snack afterwards, like tuna or a banana.

Lunch, you ask? “Always lots of veggies, brown rice and a meat,”. If the boys grab their own lunch, they’ll get a big chicken and salad sanger.

They aim for a serving of three cups of veggies per night, with a lean meat. When asked what his fav vegetables are, Ed say he’s “probably the worst person to ask.” Us too. If he had to pick a favourite it would be broccoli, though.

For all you non-athletes out there, adopting the three cups of veggies a night technique is a great way to banish your #constantcraving.

“If you’re eating that, you won’t be able to fill up on anything bad at night time. The veggies have all the vitamins and fibres you need to detox. The bigger variety the better. I recommend a minimum of three different colours, for different vitamins and minerals. And always at least one green vegetable,” says Peta. 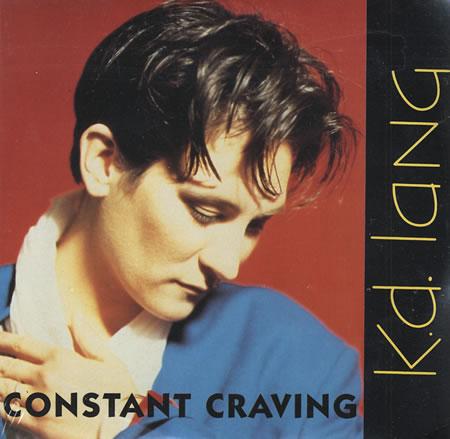 ~ KD Lang straight preaching the story of our lives ~

3. Cop it on the chin, old mate, and start training again.

This point works on the assumption that you were actually training before the Christmas break… So let’s just pretend this is 100% truth and continue.

You might be surprised to hear that it isn’t just us non-muscular mortals that have trouble getting up in the morning to train. When we asked Ed if he ever has trouble finding motivation, he tells me “of course”.

“That first Monday morning back,” he says, “we knew the schedule was quite brutal for that week so I can guarantee you I wasn’t looking forward to getting out of bed that day.” 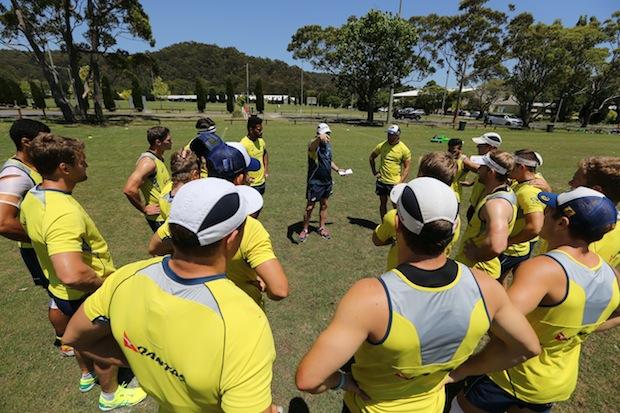 Peta’s top tips for getting back into it?

4. Lay off the turps, you filthy animals.

We know you probably like drankin’. Whatever your chosen poison, it has probably been the biggest factor in preventing you from achieving your #riggoals. The Sydney 7s aren’t meant to drink during the season, so please, take a moment to commiserate our brothers in abstinence.

“The biggest cause of weight gain over the Christmas period is from alcohol,” Peta tells us. *Tugs collar feverishly*.

She recommends “trying to reduce to having at least three alcohol free days per week, or cutting out altogether until you feel like you’re back on track with nutrition and training.”

Buuuuut, if you simply must get on the turps, but want to stay as ‘clean’ as possible, choose wisely. “Spirits, like vodka, lime soda, or scotch and soda: they’re consistent with the amount of alcohol in each drink, as opposed to beer and wine… It’s easier to keep track.”

This point was the clincher though:

“For every one shot of alcohol, you’re looking at three-hundred kilojoules, which is the equivalent to one slice of bread.” AND “If you mix drinks, like vodka with coke… It’s like eating a slice of bread with butter on it.”

^ You every Friday night, pretty much.