Grindr has denied wide-spread speculation that it included a symbol for crystal meth in its newly-released, intensely raunchy ‘Gaymojis‘.

The sexually explicit emoji keyboard was launched yesterday, and buried amongst the symbols for bears, otters, eating ass and every kind of dick imaginable was a capital letter ‘T’, next to a capital letter ‘D’. 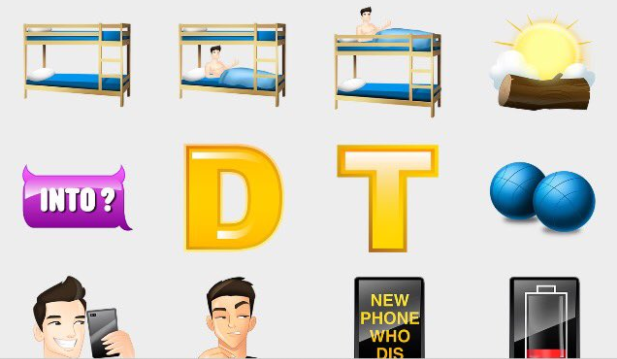 Some users claimed the ‘T’ meant ‘crystal meth’ (which in the United States can go by the street name ‘Tina’) and was therefore indicative of Grindr advocating for chemsex, a worrying trend amongst gay and bisexual men whereby they use ice and then bone.

So @Grindr has added its own emojis. Is there something else T stands for other than Tina (crystal)? That’s how it’ll be used. Helpful ?? pic.twitter.com/GVR23WdFpa

The emoji in question disappeared from the app soon after users began pointing out the meaning online.

“The ‘T’ Gaymoji was intended to follow the ‘D’ and resemble the acronym ‘DT’, also known as ‘down to’ followed by whatever it is that the user is down to ‘do’,” a spokesperson said.  “The ‘DT’ Gaymoji will be available in the next refresh.”

We still have absolutely no answers for the ‘eggplant in formaldehyde’ emoji, though – probably because we didn’t ask.