Earlier today, Grindr took a brave new step into the world of emojis, unleashing unto the world cutesy images for bears, booty calls, amyl nitrite, and every kind of dick size imaginable.


“We now live in a world in which @Grindr has emojis,” tweeted @winedrunkgay (hell yeah). “I am officially dead.” 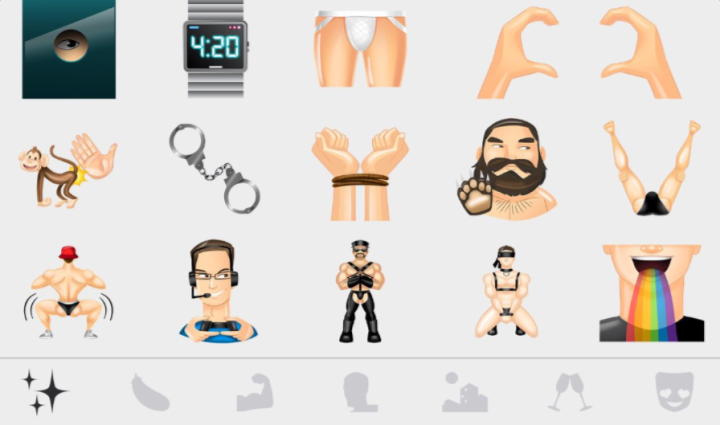 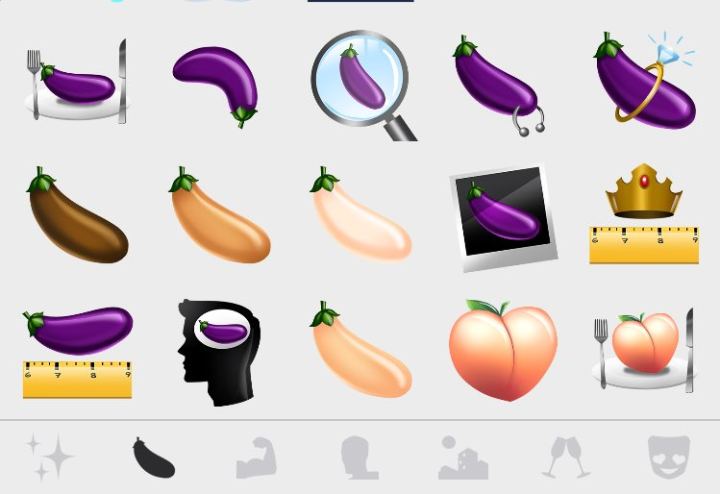 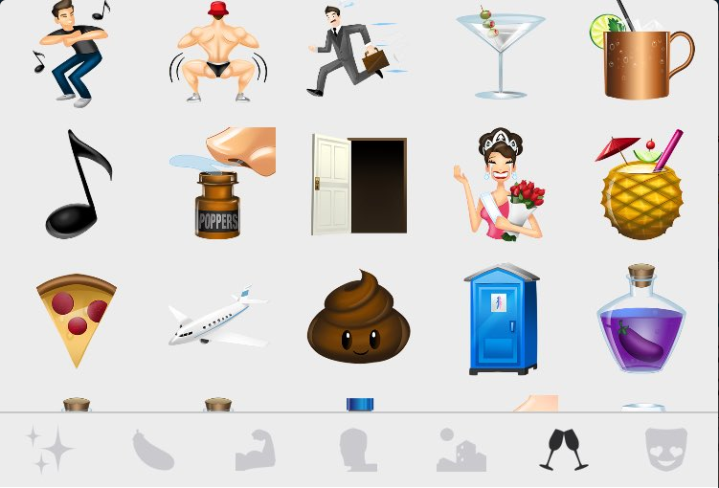 There’s 100 freebies available right now, or for a couple dollars you can get the full 500.

“Partly, this project started because the current set of emojis set by some international board were limited and not evolving fast enough for us,” said founder Joel Simkhai to the New York Times. “If I wanted to say something about going dancing, I would always have to use the red-dress dancing woman. I thought, ‘Why isn’t there a guy dancing?’ It was weird to me that I always had to send that woman in the red dress.”

Look, they’re great. Particularly that eating ass one. Something about the aesthetic set-up of a knife and fork around a juicy peach really appeals to me.

But plenty of users were quick to flag the inclusion of a ‘T‘ emoji, which is apparently a slang term for crystal meth in the states (i.e. ‘Tina‘).

So @Grindr has added its own emojis. Is there something else T stands for other than Tina (crystal)? That’s how it’ll be used. Helpful ?? pic.twitter.com/GVR23WdFpa

There’s been some debate around what the ‘T’ means, with some reckoning it simply stood for ‘tea / shade’, i.e. terms that have been part of the queer lexicon since the 80s ballroom scene and these days frequently appear on ‘RuPaul’s Drag Race‘ / all over the internet.

Then you have further debate over whether it simply stands for ‘top’ (but then why would the only other letter be a ‘D’, and not a ‘B’ for bottom?), or if it stands for ‘trans’, or something else instead.

If it was intended to be slang for crystal meth, it would essentially be an endorsement for chemsex, a worrying trend among gay and bisexual men for using ice and having sex. (The ABC reports that in Australia, it’s also referred to as party and play or PnP, while a Grindr user told us Aussies mostly say “wired / not wired”.)

Grindr didn’t respond to PEDESTRIAN.TV questions about the intended meaning of the emoticon by the time this piece was published, but the ‘T’ appears to have been removed from the app.