The Lionsgate TikTok account is low-key roasting the fuck out of Twilight and as a self-confessed Stephenie Meyer fanatic I truly support this.

The production company posted behind-the-scenes footage of Jacob in a motion capture suit and I wholeheartedly agree with their caption: “there’s no way I would keep a straight face”. To be honest, I don’t know how the cast managed to keep a straight face throughout the whole series.

there’s no way i would keep a straight face. #twilight

As a former Twilight stan (actually I still am one) it’s interesting to know that Jacob played by Taylor Lautner had to also act in his wolf form. I would’ve thought the whole thing would be done in post-production.

It’s not the only BTS scene Lionsgate has posted of the iconic movie on their TikTok account.

In the below TikTok they demonstrate how the vampire cast perform those iconic running scenes. Although everyone (even people who haven’t watched the movie) agree that Jasper’s run was the best.

“Idk who the hell Jasper is but his was the best,” someone wrote on TikTok. 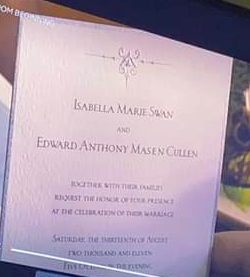 I can’t believe it’s been over ten years since the greatest film on the 21st century graced our screens. Love you Twilight.