A series of videos collectively known as the “Fitzroy Garage Party” or “Fitzroy Garage Sesh” saga have mercilessly taken over TikTok’s For You Page. At the time of writing, one of the original clips has copped more than 1.8 million views, sparking an infinite supply of responses which echo a ~variety~ of perspectives.

Officially titled “the vibes are here #melbourne”, the most widely-viewed of the original Fitzroy Garage Party TikToks was uploaded by Andrew Davie (@AndyDavie).

The video features a bunch of Gen Z blokes hanging out in Fitzroy, a suburb in Melbourne’s inner north that was recently named TimeOut‘s “coolest neighbourhood in Australia”.

the vibes are here #melbourne

Despite Andrew’s video having the most reach, there are also separate TikToks shot by other Fitzroy Garage Party attendees.

From these, we were able to witness different angles of the same sesh. The future is truly now.

The “multiple angles” element of this story has only added to the party’s ubiquitousness across social media.

that fitzroy garage party has taken over my fyp, ive seen it from 11 diff angles. each more excruciating than the last

So is the Fitzroy Garage Party just a silly little summertime sesh or should it prompt a more serious chat about the intersections between gentrification, social media and class?

Let’s recap some of the perspectives.

As soon as the video started gaining steam on TikTok’s algorithm, the pile-on in the comments section began. 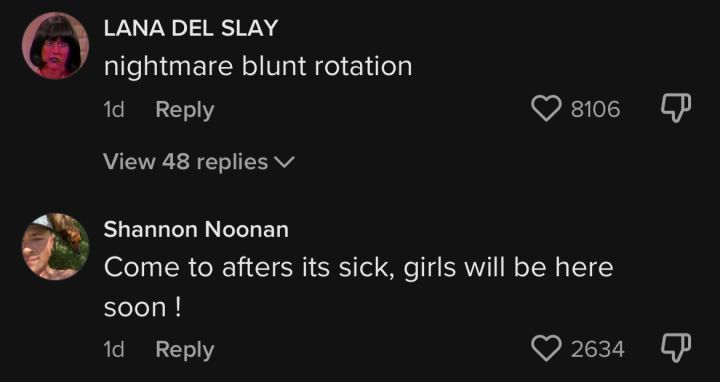 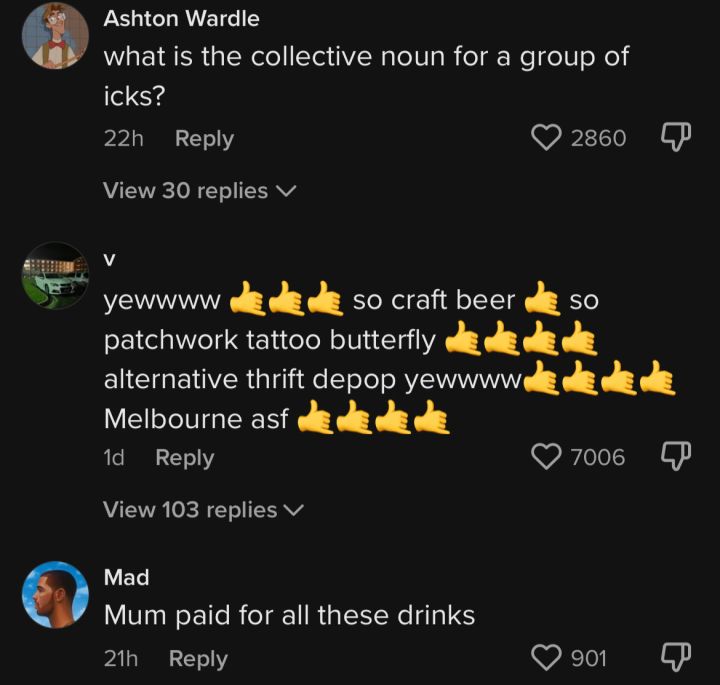 The conversation then spilled out into stitches, duets, and responses.

These began a more in-depth conversation about why the original videos had struck a nerve, positive or negative, with so many people.

Creator @Sagg.i commented on how the video appeared “uncomfortable” and “awkward”, and mentioned that the party felt like “performance” in the era of content creation.

Other creators aired similar thoughts on how the video could come off as showy and perhaps even disingenuous in a formerly working class suburb such as Fitzroy.

However, amidst the more critical discussion, there were several folks who were outspokenly pro-garage sesh.

@Suitonabeachbum asked why people making negative comments couldn’t just “let people have fun and film it. It’s what they like to do”.

Others chimed in to say they thought the party looked like a vibe and would’ve frothed an invite.

#stitch with @Andrew Davie social media is a weird place – do what makes you happy.

Tempted to go buy that green vest at this point #melbourne

TikTok we are 20. Let the men live oh my, someone give me a buzz cut tho #fakebodyy⚠️ #fitzroygaragesesh

No matter your perspective, the best thing to come out of this whole adventure was the collection of re-creations.

See a hand-picked selection of our faves below.

The vibes are here #melbourne #fitzroygarageparty

So that about about does it for our Fitzroy Garage Party recap for now.

May you all be invited to many delightful parties over the festive break. Garage, or otherwise.