WTF: Some Jackass Went And Scrawled Homophobic Slurs At The Site Of The Fitzroy Garage Sesh

Just when I thought the internet had given us all the viral shit that it could for 2022, the Fitzroy Garage Sesh went and took over TikTok.

A video featuring a group of blokes enjoying pre-drinks somehow blew up like crazy to the point where it’s been parodied by TikTokers across the globe.

You legit can’t scroll through TikTok without seeing some variation of the vid.

Not only that, but Google now lists the garage shown in the clip as a tourist destination. 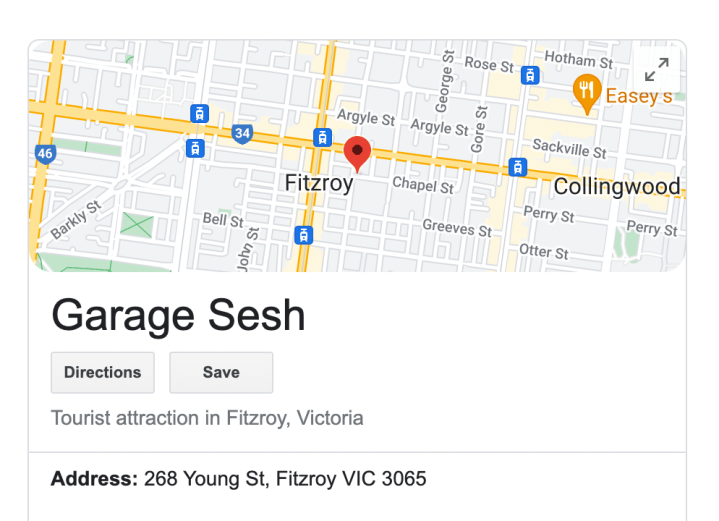 Unfortunately this has meant that jackasses have been able to grafiti the location with disgusting homophobic slurs.

As pointed out by another TikToker, someone has scrawled some fucked phrases on the garage door such as “FITROY FAGGOTS” and “TIKTOK GAY CUNTS.”

#duet with @riley buckle #fitzroy (should) go without saying #fitzroygaragesesh

If you want to jump on the bandwagon of pointing out the overt bonkers energy of the video, by all means go for it.

But why do people still have to resort to homophobic and racist slurs as a way of tearing someone down?

Seeing something as lighthearted as a silly TikTok video result in offensive slurs being branded in public is incredibly alarming and highlights the blatant homophobia that exists in our society.

Whoever is responsible for this is a supremely cooked individual who needs to do some serious inner work and question why watching such an inane video prompted this vicious reaction.

When we discuss the massive problem with prejudice in this country, this here is exactly what we’re talking about.

If “faggot” and “gay cunt” are still in your vocabulary in 2022, then honestly your brain must be the size of an almond.

Get a life and grow up.