When it comes to dickheads who really can’t and/or won’t take a hint that you don’t want to see their loser faces ever again, sometimes coming up with a hugely elaborate lie is your only option.

Case in point: UK woman Ann Gray, who had to fake her own death in order to get away from a creepy dude she met online.

Uproxx report that after three dates with the unnamed man, Gray decided he wasn’t for her, but when she tried to break it off, he continued messaging her, at one point threatening to show up to her house.

At this point, Gray began texting the man in character as her own sister, explaining that she had been taken ill and wouldn’t be available for a while. When this still didn’t work, she escalated things further.

While it’s scary to think that there are people out there completely oblivious to the fact that ‘no’ means ‘no’, and sad that a woman like Gray had to resort to such desperate measures, at least she was able to get a hell of a story out of it.

These are the messages she shared with the UK Mirror: 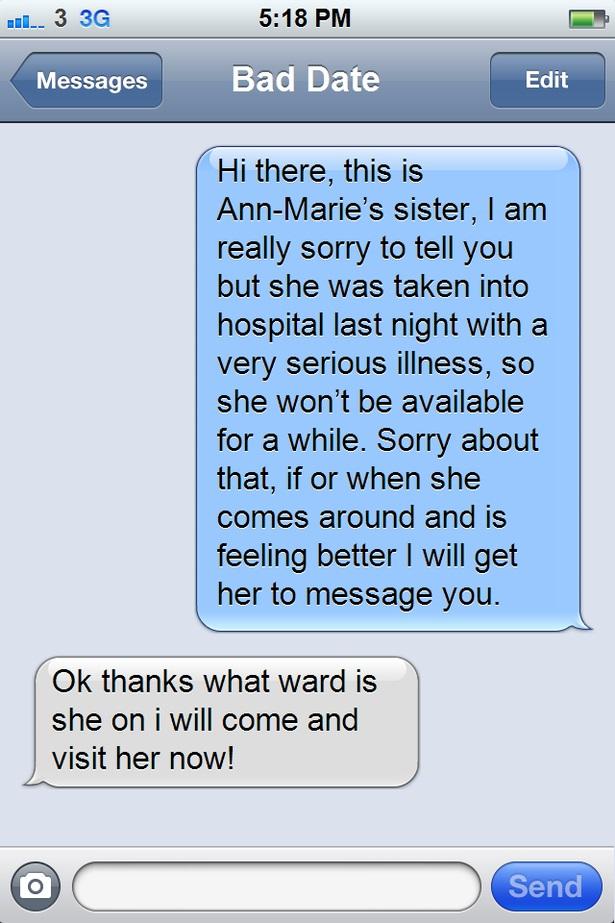 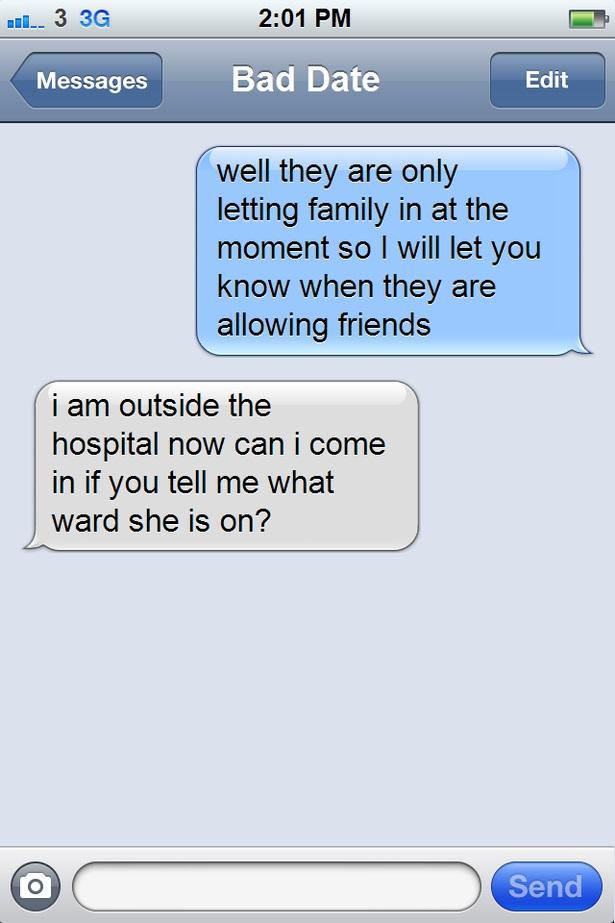 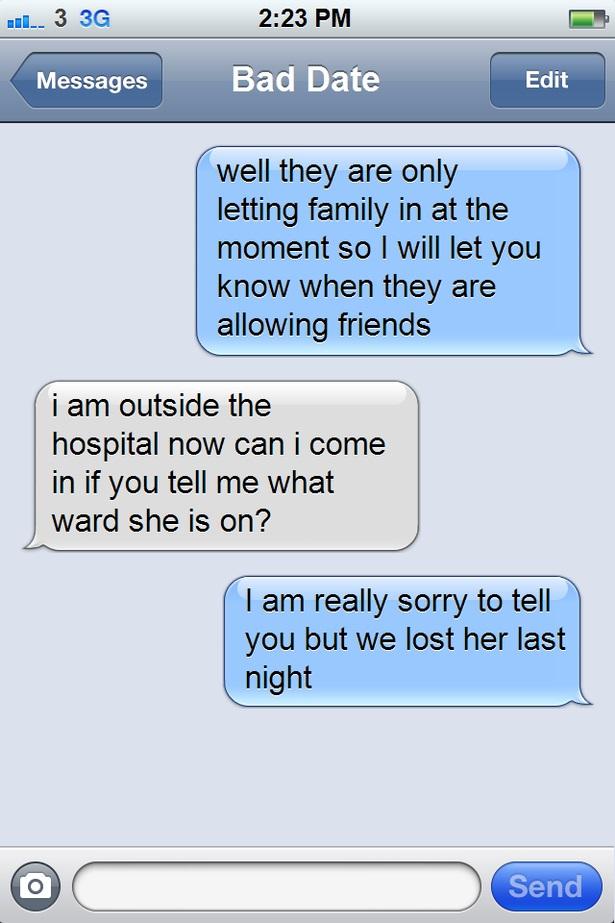 She says she never received a response to the final message, but that the dickhead in question did happen to see her on another dating site a few months later, where he sent her a “horrid message.”

Gray is now happily engaged, which will make for a good ending to the inevitable rom-com adaptation of this story.