PEDESTRIAN.TV has teamed up with Calvin Klein to celebrate the hot new CK1 Palace collab.

Professional daddy, Willem Dafoe, has done it again. The 66-year-old actor is now a certified fashion icon thanks to a new Calvin Klein x Palace campaign.

In one of those unexpected collabs that seemingly mashes together two ends of the spectrum, skating brand Palace has teamed up with Calvin Klein for a much-hyped collection.

The hot collab finally dropped in Australia on Saturday and has a lot of modern Palace twists on Calvin Klein’s minimalist classics. There’s denim, tees, skateboards, underwear and even a new iteration of the iconic CK One scent. Vans even joins the party for a three-way collab on ‘Calvans’ skating shoes. We love to see it.

You can only cop the exclusive and limited-edition lineup on the CK website. Or, if you’re a visual learner like myself, feast your eyes on zaddy Willem Dafoe showing off some of the items in this campaign imagery below. Just look at him kicking it with the kids and rocking that Canadian tuxedo. 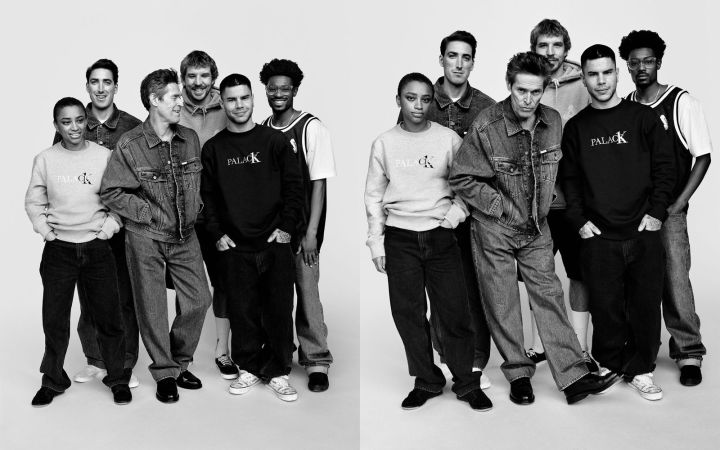 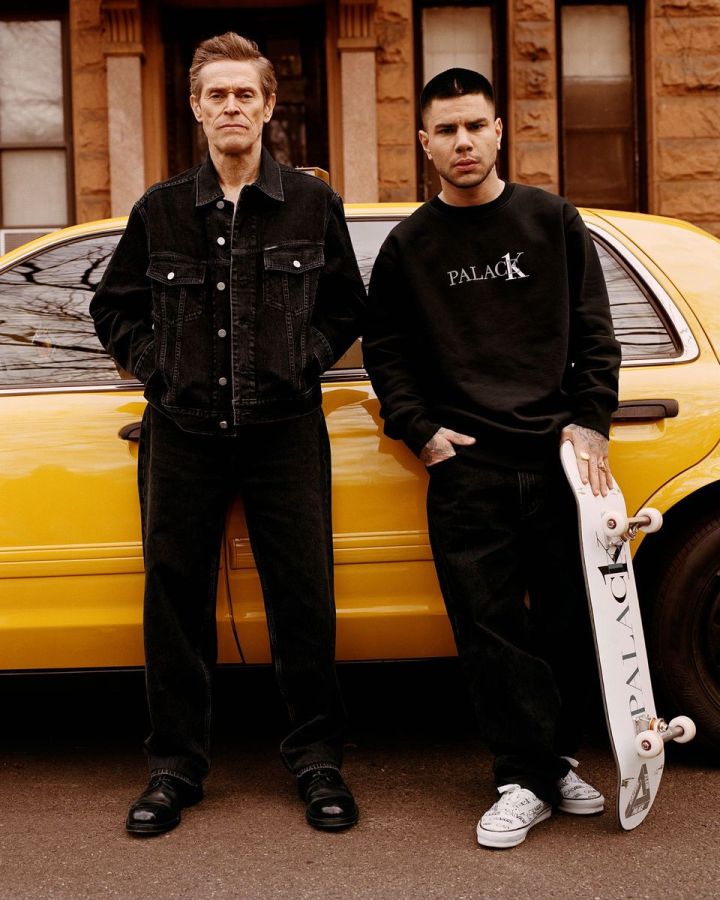 You can also watch a whole bunch of hot, famous people look even hotter in some CK1 Palace numbers for five and a half minutes straight. The masterpiece, called CK1 Palace, plays between London and New York and features famous faces hailing from each city.

Of course, Willem is showing ’em all how it’s done as he plays a cabdriver and pizza boy. Model Lourdes “Lola” Leon (AKA Madonna‘s first born) features too, and has a fun phone call with Dafoe. Palace team skaters Charlie Birch and Lucien Clarke, models Precious Lee and Adwoa Aboah and little cameo from none other than Dame Joan Collins (!!!) are also among the motley crew in the ad. It’s like Valentines Day the movie – but actually good.

Have a watch and spy some of the sick pieces, here.

Someone green-light a buddy-cop comedy starring Willem and Lourdes, ASAP, thanks.