The Style Rookie blog prodigy, 14-year-old Tavi Gevinson, spoke at last week’s ideaCity conference in Toronto – ‘Canada’s Premiere Meeting of the Minds’. She was there to discuss her areas of expertise: style, fashion and feminism; but a large part of her talk focused on Sassy Magazine, a pro-girl pro-feminist publication for the 90s teen that acknowledged its readers were intelligent and wanted to be challenged, featuring stories set within the various counterculture movements of the grunge generation and indie personalities and musicians as the covergirls/boys. Courtney Love and Kurt Cobain once appeared on the cover together; and Chloe Sevigny interned there as a teenager. 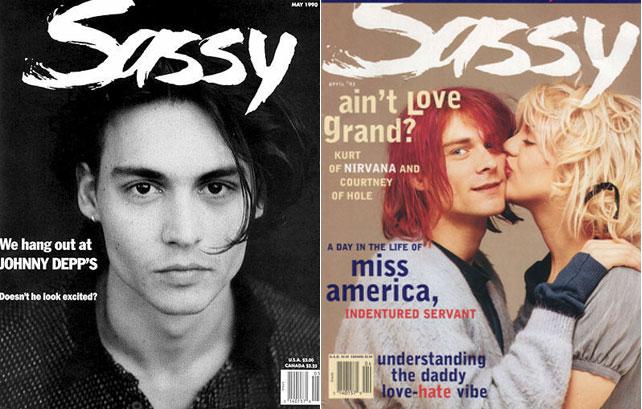 Tavi, with her sarcastic self-deprecating commentary and dry wit, is the perfect Sassy girl – the Janeane Garafolo of the couture set. Her ideaCity talk was about what Sassy might look like today if it still existed. Watch it: