Read This Deeply Weird Convo Between A Judge & An Accused Murderer

Gawker today reports on a completely bizarre exchange between a judge and an accused murderer in a Georgia court last week, in which things degenerated into absurdity pretty quickly. I’m not sure if there’s any other way to describe this.

Basically, Judge Bryant Durham got into a verbal biff with Denver Allen, who is accused of committing a murder in prison last year. Allen was representing himself, and he got into a completely bizarre, violence and often virulently homophobic exchange with the judge. Inexplicably, Durham kinda played along. 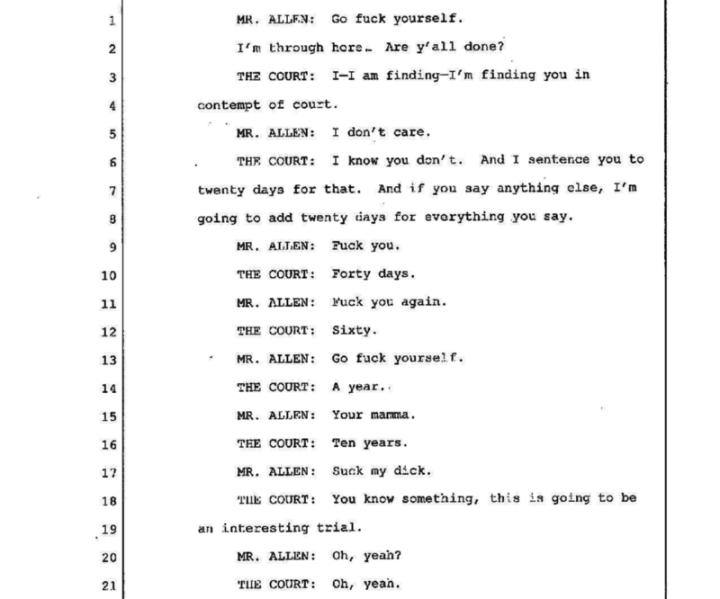 It’s a fairly interesting window into what happens when legal discourse kinda falls to pieces: 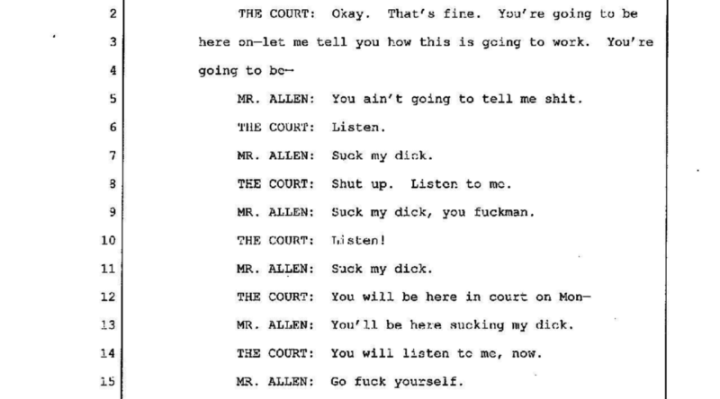 The judge – who, might I add, held the vast portion of the power in this exchange – proceeded to call Allen ‘a queer’ and, uh, demand that he jack off in front of the court? I’m just not sure this is regular procedure or should be encouraged in a court of law. 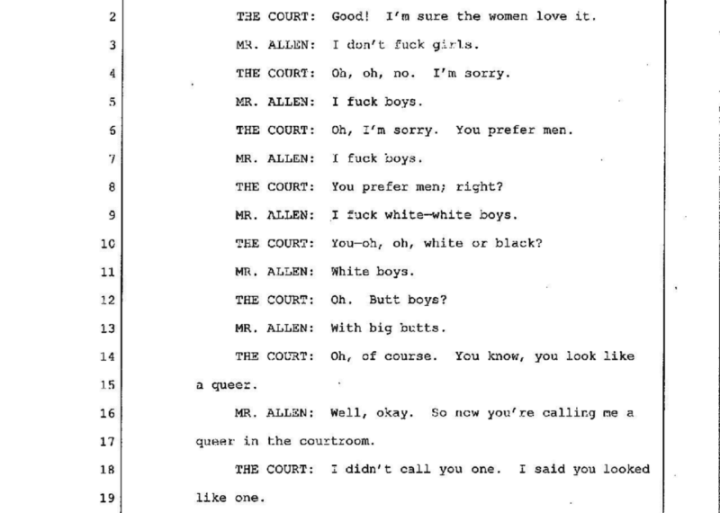 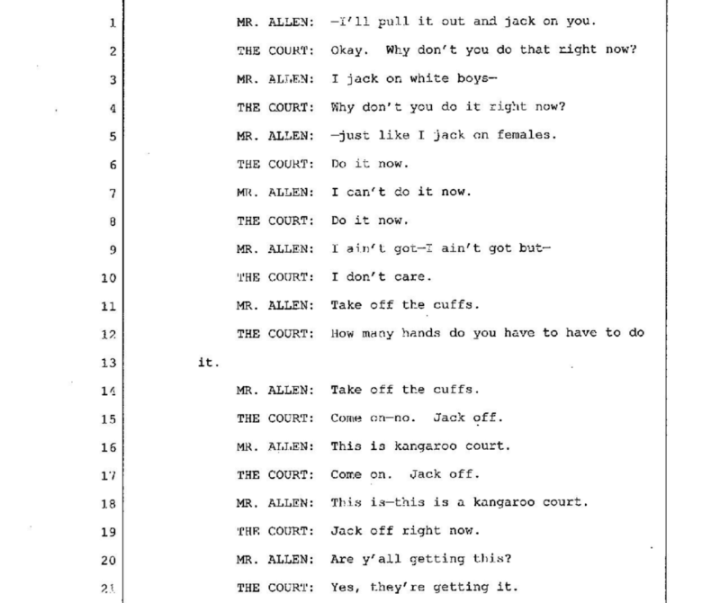 Allen is now facing charges of contempt of court for his obstinance and terroristic threats – not just for the completely off-the-wall exchange above, but because he threatened to kill the judge’s family. Which Durham apparently does not have. 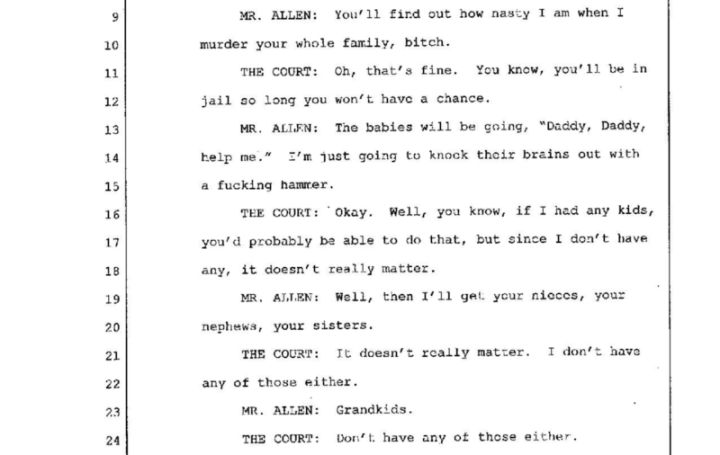 If for some reason you are compelled to read this entire exchange, someone has uploaded it to Imgur. There you go, kids.