Fairfax Media have conducted a nationwide poll in partnership with Nielsen – the “information and measurement” company – to see what their readers think of the current leaders of our country. The hope being, of course, to give everyone an idea of how Aussies in general feel about Tony Abbott, Bill Shorten and Friends.

Taken from Thursday (July 17th) to Saturday (July 19th) the poll overall shows a distinct ‘trust deficit’ in relation to Tony and his Coalition: “After his broken election commitments Abbott is seen as trustworthy by 35%, which is fewer than Julia Gillard’s 36% in April 2013 after she broke her carbon tax promise, and compares with 45% who regard Bill Shorten as trustworthy.”

In terms of our leaders, it’s not looking particularly bright for either:

If Australians had to choose between the two parties: 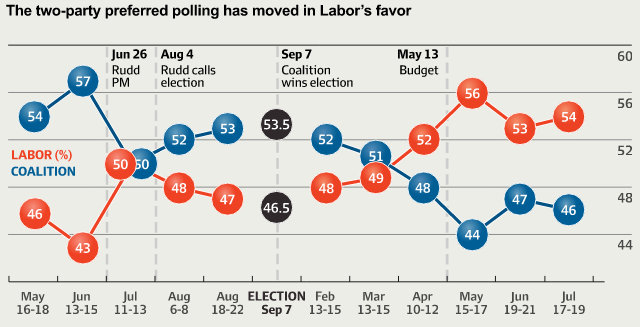 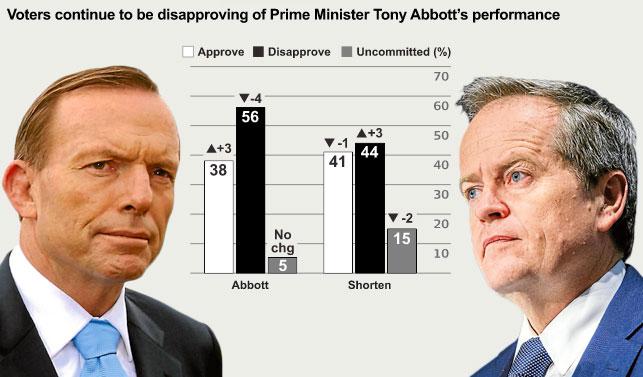