Oh No, Andrew Bolt Referred To Guests At Iftar Dinner As “Pet Muslims”

Andrew Bolt has referred to the 75 or so religious leaders and prominent Islamic Australians who dined at Kirribilli House last night as Malcolm Turnbull‘s “pets”.

Turnbull, as you may already know, hosted a number of prominent Muslims at Kirribilli House last night at an Iftar dinner, to mark the holy month of Ramadan.

It did not include right-wing commentator Andrew Bolt, who must be feeling pretty salty about being left off the guest list this morning, for he wrote in his blog:

He later corrected his headline.

Do… do you think Bolt doesn’t like Muslim people?

Bolt’s ire stems from Turnbull being seated to what he calls “the most media-friendly – but unrepresentative – Muslims he can find.” – i.e. Waleed Aly and Susan Carland on his right, and youth advocate Yassmin Abdel-Magied on his left, whom Bolt calls “a Q&A favourite”.


“This seating arrangement is designed not to present Islam as it really is in Australia but as Turnbull would like us to believe,” writes Bolt. “And it is designed above all to add lustre to Turnbull himself.”

Look, can’t fault you there, Andy. 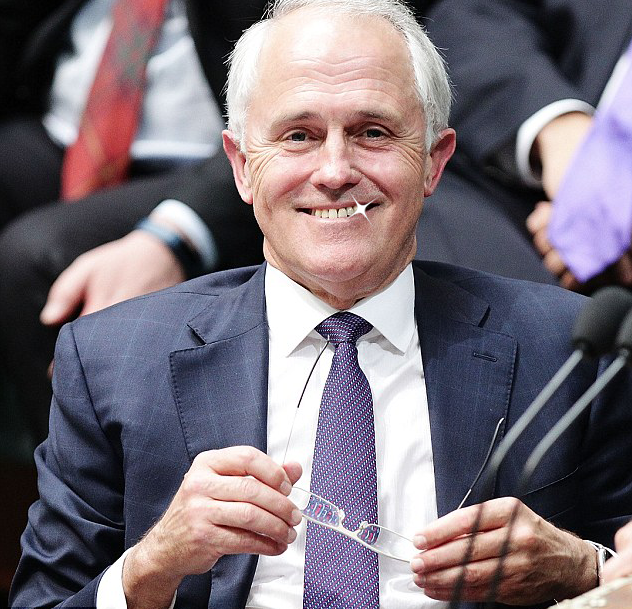 But that isn’t his *only* thing.

One of the attendees was Sheikh Shady Alsuleiman, who was once recorded on video preaching that homosexuality was an “evil act” which brought “evil outcomes” such as HIV and Aids.

And Turnbull took no issue with condemning these comments.


“Acts of terror like Sunday’s massacre in Orlando are perpetrated to divide us along lines of race, religion, sect and sexuality – but that kind of hatred and division must not prevail,” he said in his speech.

“We must stand together like we do tonight as one Australian family united against terrorism, racism, discrimination and violence.”

And Sheikh Shady Alsuleiman later *also* rejected these comments, issuing a statement after the dinner.

“I have previously noted passages in the holy Quran which do not support homosexuality. However I always follow such statements with a personal commitment to tolerance and encourage that all Muslims and all people approach all individuals, no matter their faith, race or sexuality, in a considerate and respectful way,” he said.

So how about those pets.